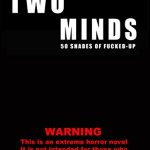 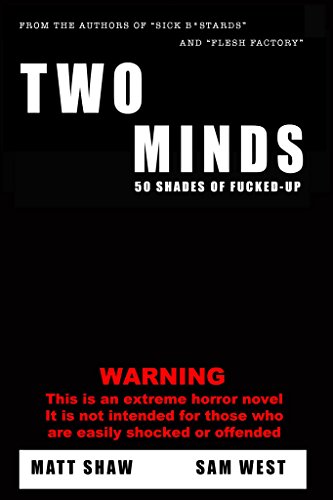 My name is Samantha Brown, and I am 31 years old. I work in an office in the city. My older sister, Beth, went missing 3 weeks ago – disappeared without a trace. I’ve seen you once, but you didn’t see me. Or, at least, I don’t think you saw me. I saw you leaving my sister’s flat early one Saturday morning when I was pulling up in my car. Me and Beth had planned to go shopping that day, and she had forgotten about our arrangement. She was hungover and grouchy and refused to tell me anything about the mysterious man that I had just seen leave her flat. We never did go shopping, we argued and I left. I didn’t call her, and she didn’t call me. One week later, she disappeared. Ever since then, I have been obsessed with the man I saw leave her flat; call it women’s intuition, call it what you will, but I have a bad feeling about you. You were too good-looking, and my sister was cagey about who you were. That wasn’t like her. So three weeks later, I see you in a bar. I approach you, and there we have the beginning of our story….

“Two Minds” is told through the viewpoint of the two characters living the story. The woman – convinced the man she is talking to is responsible for her sister’s disappearance – and the man… Who is he? Did he have anything to do with the sudden disappearance of Samantha’s sister or is he nothing more than an innocent bystander?

Only one thing is for sure… After this night, neither of them will be the same again.

What readers are saying about Two Minds:

“I’ve been a fan of Matt’s for a very long time. When I stumbled across Sam’s work not very long after, the two people who introduced me to Matt said I’d enjoy Sam’s writing as well – (thank you Suzanne and Cathy!) – and they were right. IMO, Sam West’s stories have been getting increasingly better this year, and this collaboration came at the perfect time for both of them. I wish the ending were a little… ‘beefier’ (for lack of a better term, or perfect tongue in cheek?). But – I love how it was written. It’s a great style, and I bet we’ll see more authors experimenting with it. Authors… your introduction(s) made me laugh out loud at work. Thank you for helping convince my boss I’m a lunatic for sitting down to read ’50 SHADES OF F***ED UP’ on my break and giggling.” -Shadow Girl

“I enjoyed this book it had a lot of masochistic in it. I really thought it couldn’t get any better.” -Amazon Reviewer

“I’m no stranger to Matt Shaw and I’ve read a few things from Sam West so I was expecting something really good out of them. I was not disappointed. This book was pretty good, and Sam and Matt worked well together, each writing from a different character’s perspective. For me, the book is really in two parts. In the beginning, we have a cat and mouse aspect, but we’re not really sure who is which. Samantha wants to know what happened to her sister and is going after the man that might have done something to her. Is she the dangerous one? What will she do if she finds out he did what she thinks he did? Then, we have Jack. Did he do something to Samantha’s sister? Is he the dangerous one? It’s almost very Hitchcock-like in its concept. Then, there’s the second part. This is the extreme horror part, rather than the psychological horror in part one. I don’t really want to reveal how you arrive at the extreme horror aspect, but I assure you… It’s there. Great concept. Great execution. Great collaboration.” -Shaun Hupp

You can get YOUR copy of Two Minds (An Extreme Horror Novel) for the mere price of $2.99!!! 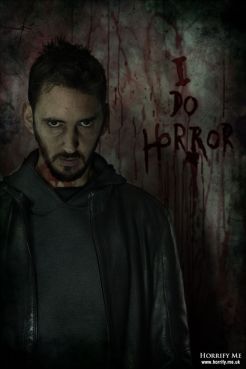 Matt Shaw is no stranger to Machine Mean. He has reviewed for us The Invisible Woman (1940) and Don’t Breathe (2016). Mr. Shaw is the published author of over 100 titles – all readily available on AMAZON. He is one of the United Kingdom’s leading – and most prolific – horror authors, regularly breaking the top ten in the chart for Amazon’s Most Popular Horror Authors. With work sometimes compared to Stephen King, Richard Laymon, and Edward Lee, Shaw is best known for his extreme horror novels (The infamous Black Cover Range), Shaw has also dabbled in other genres with much success; including romance, thrillers, erotica, and dramas. Despite primarily being a horror author, Shaw is a huge fan of Roald Dahl – even having a tattoo of the man on his arm; something he looks to whenever he needs a kick up the bum or inspiration to continue working! As well as pushing to release a book a month, Shaw’s work is currently being translated for the Korean market and he is currently working hard to produce his own feature length film. And speaking of films… Several film options have been sold with features in the very early stages of development. Watch this space. Matt Shaw lives in Southampton (United Kingdom) with his wife Marie, his bastard cat Nellie and three rats – Roland, Splinter, and Spike. He used to live with Joey the Chinchilla and Larry the Bearded Dragon but they died. At least he hoped they did because he buried them. You can follow Mr. Shaw and delve into his work by following his site at www.mattshawpublications.co.uk AND on Facebook at  www.facebook.com/mattshawpublications.co.uk. You can read his review of the infamous Invisible Woman here. 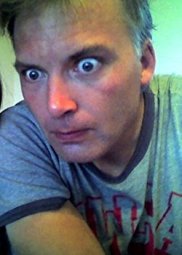 Sam West is a horror writer living in the UK. His stuff is hardcore, so be warned. He believes that horror should be sick and sexy and he is more than happy to offend a few people on his writing journey. He hopes there are other like minded souls out there that enjoy a good dose of depravity and perversion. Because that’s what rocks his world. That, and his wife and young daughter who do brilliantly to put up with his diseased mind. You can contact him at samwest666@outlook.com.