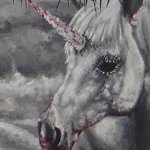 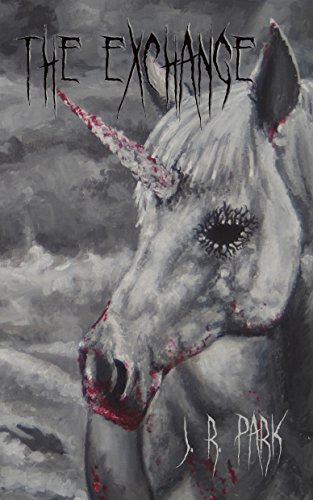 Unemployed and out of ideas, Jake and his friends head into town for something to do. But before long they are in over their heads. Determined to get their friend back from the clutches of a lethal and shadowy group, the teenagers find themselves in possession of an object with mysterious powers. With their sanity crumbling amidst a warping reality, the gang is cornered on a wasteland in the middle of the city, caught in a bloodthirsty battle between criminal underlords, religious sects, and sadistic maniacs. Nightmares become reality as the stakes begin to rise. Who will have the upper hand and who will survive this deadly encounter as they bargain for their lives in this most deadly exchange.

What readers are saying about The Exchange:

“The Exchange is the stuff of nightmares. J.R. Park takes us on a fast-paced ride of warring factions in competition for the most coveted prize in existence. We are thrust in and out of fantastically hellish realms, as the protagonists struggle to survive the exchange. An engaging story that will leave you in wonder– highly recommended.” -Lydian Faust

“This book had a lot of action. I felt it was almost like a run-on sentence, seemed to me the action was running at full speed with no end in site. But overall good book.” -Thomas Hobbs

“The Exchange thrusts the reader into the heart of the action from the first page. Our story begins with two groups facing off against each other in an abandoned building site, each holding something the other group wants. As I was reading I kept waiting for the ‘6 hours earlier’, ’12 hours earlier’ or ’24 hours earlier’ flashback that would delve into everyone’s backstories explaining who they were and how they all got into this mess. Wisely, the book NEVER does this. You get a few lines here and there helping to fill in the blanks, but you’re never yanked away from the action as more and more characters with their own motivations drop in to complicate things further, never letting the plot get onto an even keel. As a result, it can be discombobulating and perplexing. There’s a cosmic puzzle at the heart of The Exchange and occasionally it feels like the author is going far out of his way to deny the reader all the pieces. Thankfully, the action surrounding the central mystery is fantastic. The book is at its best when people are dying in extraordinarily gruesome ways, being tormented by fantastical visions or being transformed into monsters. There’s a level of detail and originality in the descriptions that sets the writing apart from that of others in the current horror field. There were certain inconsistencies in the final pages, along with a conclusion that felt more like a set-up for a future book, that kept this from being a 5-star work for me, but even so, it’s still the most purely entertaining horror novel I’ve read this year. And it has unicorns! (N.B. The book has its own soundtrack, listed in the opening pages. I wasn’t able to listen to it all, but I played it along with the first few chapters and it’s pretty good. I recommend it.)” -Amazon Reviewer

“Park is a much-needed shot in the arm for gritty pulp horror.” – DLS Reviews

You can get YOUR copy of The Exchange on Amazon for $2.99 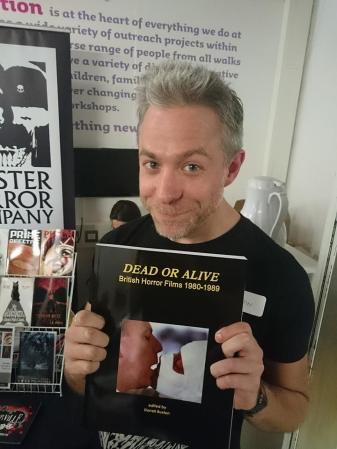 Justin Park is no stranger to Machine Mean. He has reviewed for us both Abbott and Costello Meet Frankenstein (1948), Werewolf in London (1935), and The Beyond (1981). Mr. Park draws from the crazy worlds of exploitation cinema and pulp literature for his literary inspiration. His family are both equally proud and disturbed by his literary output dragged from a mind they helped to cultivate. He resides on the outskirts of Bristol in the UK and hopes one day they’ll let him in. Mr. Park is the author of several twisted tales of morbid doom, including Upon Waking and Terror Byte and Punch. He was also featured with a horrifyingly wonderful short in the horror anthology The Black Room Manuscripts. Besides giving his readers terrifying nightmares, Mr. Park is also one of the founding members of the up and coming UK Publishing team, The Sinister Horror Company, active in promoting other writers and attending numerous conventions. You can read his review on A&C Meet Frank here.