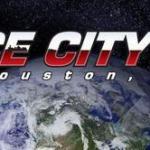 The summer geek festival, known to locals as Space City Con, returns to Houston this weekend, August 2nd through the 4th. Doors open high-noon tomorrow @ the luxurious Houston Marriott, in the downtown area.  This year marks the second annual celebration for Space City Con; obviously less prestigious than San Diego’s Comic-Con, but nonetheless entertaining for both nerds and families alike, with dozens of guest appearances, including fan clubs, writers, game designers, artists, and everyone’s favorite, cosplay enthusiasts.  According to the Houston Chronicle, there was also be special events, such as: Dr. Horrible Shadowcast, Ask a Stormtrooper, writers workshops and group role-playing games (including, but not limited to, Tribble Warfare and Killer Breakfast), instructional workshops (making your own chain mail and tips for buying and selling collectibles), and last but not least, sword fighting.

Some of the more notable guests appearances include:

There will be, as mentioned before, a dozen more guest appearances from all walks of nerd life. An individual three day pass will run you $45, but you can also purchase daily passes for $20.  The Master of Ceremonies is none other than legend actor, fresh from the “Galileo Seven”unveiling, Robert Picardo. There will be no doubt plenty of sponsors, partners, artists, and vendors to go check out and fill your time between events. For more information, check out the official website for Space City Con @ http://spacecitycon.com/

And if you need more convincing, listen to this special invitation by Sarge and Hamish: 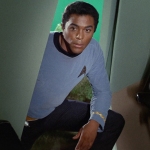