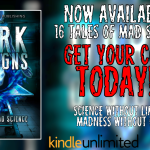 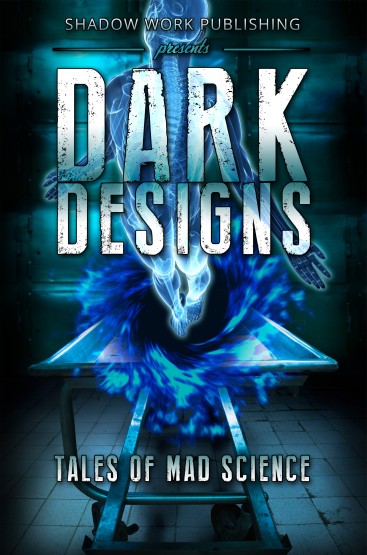 Science without limits. Madness without end.

All proceeds from the purchase of this ebook will be donated to Doctors Without Borders / Medicins Sans Frontieres.

This is a warning. What you are about to read violates the boundaries of imagination, in a world where science breeds and breathes without restraint. A world very much like our own.

Within these shadowy corridors you will discover characters seeking retribution, understanding, power, a second chance at life—human stories of undiscovered species, government secrets, the horrors of parenthood, adolescence and bullying, envisioned through a warped lens of megalomania, suffering, and blind hubris. Curious inventors dabble with portals to alternate worlds, overzealous scientists and precocious children toy with living beings, offer medical marvels, and pick away at the thin veil of reality.

You can run. You can look away. But don’t say we didn’t warn you.

David Cronenberg, infamous director and storyteller of body-horror movies such as The Fly (1986), Shivers (1975), and Videodrome (1983), once said, “Everybody’s a mad scientist, and life is their lab. We’re all trying to experiment to find a way to live, to solve problems, to fend off madness and chaos.” This statement of Cronenberg’s is a rather optimistic one. And not altogether inaccurate, we are after all trying to find ways to live in harmony and in doing so we must solve problems that arise to get there. But that’s not really the genesis of the purpose of mad scientist stories. The notion of “mad science” is self-explanatory, that there is something strange or “mad” in the unknown realities that surround us. Even today, quantum theorists are often seen as “mad” scientists, practitioners of metaphysics more than actual provable science. And in some ways, there’s some truth in that metaphysics and quantum mechanics often overlap, which brings us to one of the most exhilarating and equally terrifying aspects about science, that is, it’s never ending, always searching, constantly discovering something new, something previously unknown, beyond us.  In part, our understanding of science; or more to point, our misunderstanding of science has become the inspiration over centuries for what has been deemed the quintessential “mad scientist.” Not for reasons given by Cronenberg above, that we are all in the same pursuit, but out of fear, fear bred from the unknown, and fear of what all these discovers, these advances, will bring us. And even more alarming, how far are we willing to go to achieve the impossible?

My first impression while surveying the history of “mad science” was that Victor Frankenstein, created by the imagination of a twenty-one-year-old Mary Shelley, was the first of the mad scientists to be conjured into the literary world. I was wrong. It was actually Dr. Faustus, written in 1604 by Christopher Marlowe, that should be credited as the first “mad scientist.” Dr. Faustus was perhaps more alchemical in nature than traditional science, but still the story serves as asking the proverbial question all mad scientist stories ask, “How far are we willing to go…?”  Some of the more popular “mad scientists” who defied boundaries and terrified audiences with their audacity against “nature” include, Dr. Moreau, an H.G. Wells story penned in 1896, and Danforth & Dyer in “At the Mountains of Madness” by H. P. Lovecraft, published in 1931. These stories are typically told from the perspective of a layman looking into nightmarish worlds, boiled in a cauldron of obsession and forbidden knowledge. H.P. Lovecraft would go on to create a few more characters in this realm of unrestrained science with Dr. Herbert West, one of my personal favorites, and Charles Dexter Ward.

Growing up, the one “mad scientist” story that ignited my imagination and kept me glued to the edge of my seat was Steven Spielberg’s science-fiction epic Jurassic Park (1993). Even in my pubescent years, the memory still rings clear today, the duel realities of science, that in the wonder of watching a baby dino hatch or Dr. Grant’s first realization of what was going on as the Jeep drove through the part to the Visitor’s Center, first realizing that those massive tree trucks were moving and were not in fact trees, being held prisoner in a sort of child-like spell, and then suddenly seeing it all go wrong, demonstrated the dangers of unrestrained science, that even now the question of trust must be asked. Ian Malcolm, played by a black leather clad Jeff Goldblum, has one of the more illuminating statements in the film, a statement that has rung in the minds of audiences for over four-hundred years, when he says, “Your scientists were so preoccupied with whether they could, they didn’t stop to think if they should.”

Today, “mad scientist” stories have for the most part found themselves kicked to the kid’s corner, in such books as Meet the Creeps or Franny K. Stein. Sadly, there isn’t much being offered in way of adult entertainment. This was the prime motivation for raising the question to my Shadow Work Publishing cohorts of collaborating on a mad scientist anthology. While science continues to evolve and new discoveries are being made every day, the question posed in 1604 still remains relevant today, “How far are we willing to go” in the pursuit of said discover what consequences, if any, will we face? We landed on the title, Dark Designs, more or less on the alluring sinister quality, but not just that, also, as our quote says, “Science without limits. Madness without end,” there is a certain amount of ambiguity regarding science, that without limits perhaps we could possibly go “too far,” and in reaching such limits, madness is sure to follow. Here, as you turn the page, you’ll find yourself in a world without limits, where science breeds and breathes without restraint. You’ll walk these corridors with characters seeking retribution, understanding, revenge, and perhaps for some a second chance on life. These are human stories through the spyglass of mad science, of undiscovered insects, government secrets, horrors of parenthood, adolescence, and bullying, about curious inventors dabbling in portals to alternate worlds, of ambitious biologists and overzealous children tinkering with things they probably shouldn’t, and stories that stretch our understanding of the boundaries of life.

From Shadow Work Publishing, and the sixteen authors of which contributed to this charity anthology for Doctors Without Borders, thank you and bid you welcome our Dark Designs: Tales of Mad Science. 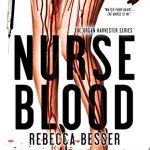 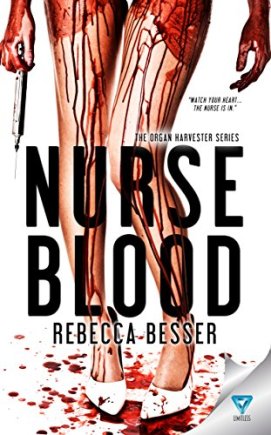 Sonya Garret roams the bar scene hoping to steal the heart of an unsuspecting victim—literally… Sonya, better known as Nurse Blood, is part of a team of lethal organ harvesters who seek out the weak to seduce, kill, and part out for profit on the black market. When Sonya meets Daniel McCoy, a young man recovering from a broken engagement, he’s just another kill to line her pockets with quick cash. Agent David McCoy vows to find out how and why his twin brother Daniel disappeared… Daniel’s body hasn’t been found, and the leads are slim to none, but it won’t stop David from dedicating his life to solving his brother’s case. When the evidence finally uncovers the shocking truth that Daniel’s disappearance is linked to organ harvesters, David knows his brother is most likely dead. But he’s determined to stop the villains’ killing spree before they strike again. One last harvest is all Sonya and her team need to put their murderous past behind them… A family with the rarest blood type in the world is the only thing standing between Sonya and retirement. David McCoy and the FBI are hot on their trail, though, and multiple targets make this the most complicated harvest yet. Will David unravel Sonya’s wicked plans in time to avenge his brother and save an innocent family? Or will Sonya cash in her final kill and escape for good? Murder for profit stops for no man when you’re Nurse Blood.

Nurse Blood, according to reviewers:

“Really great read! I enjoyed meeting the crazy cast of characters in this book. I am new to Rebecca and liked her writing style. I look forward to reading more by her. I already own a few more. Hope to see more Nurse Blood in the future” -Amazon Review.

“Nurse Blood, AKA Sonya, is part of a skilled team dealing in black market organ sales. This novel is not for the faint of heart, but there isn’t any gratuitous gore hell-bent on shock valve. The pace is fast, but not too quick. There’s an eerie blend of bloodlust, greed, and oddly, benevolence motivating Sonya. This makes her character interesting enough to find yourself ‘pulling for her,’ despite some of the most god-awful things she does. With this, she evens has a way of luring the reader with twisted sensuality (which actually may be more of a revelation of the reader’s character.) 🙂 If you’re looking for a spicy, thriller-mystery, you won’t go wrong with Nurse Blood” -Book Sandworm.

“I have read numerous of Ms. Bresser’s books. Most, if not all have been zombie books. I really enjoyed reading a book from her that was not in the same theme. Not that I mind her zombie books, they are awesome, but because it gave me an opportunity to see a different style. Ms. Besser does not hold back. Her books are not for the faint of heart. I say that as a compliment. As with all her books, I was left wanting more. I am thrilled that there will be more in the Harvester Series. In regards to the characters, I found them well developed. As the book progressed we kept learning what made each character tick. At times it was hard to hate Sonya. I had to remind myself that she was the villain. But leave it to Ms. Besser, just when I was forgetting how evil Sonya was, she quickly reminded me. If you have not read any of her books, I highly recommend, but as I stated, she does not coddle the reader. Again, that is a compliment! Oh, btw I read this 400+ page book in a day. Yeah, it was a fast read!” -Amazon Review.

You can purchase your copy of Blood Nurse for the mere price of $3.99. 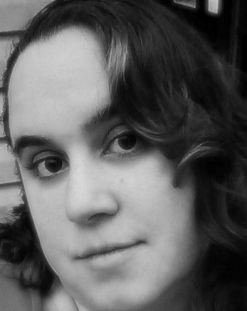 Rebecca Besser is the author of “Undead Drive-Thru, Undead Regeneration, Cursed Bounty, Twisted Pathways of Murder & Death, Hall of Twelve,” and “Nurse Blood (Limitless Publishing).” She is also a graduate of the Institute of Children’s Literature. Her work has appeared in the Coshocton Tribune, Irish Story Playhouse, Spaceports & Spidersilk, joyful!, Soft Whispers, Illuminata, Common Threads, Golden Visions Magazine, Stories That Lift, Super Teacher Worksheets, Living Dead Press Presents Magazine (Iss. 1 & 2), FrightFest eMagazine, An Xmas Charity Ebook, The Stray Branch, and The Undead That Saved Christmas (Vol. 1 & 2) and the Signals From The Void charity anthologies. Rebecca has multiple stories in anthologies by Living Dead Press, Wicked East Press, Pill Hill Press, Hidden Thoughts Press, Knight Watch Press, Coscom Entertainment, Crowded Quarantine Publications, and Collaboration of the Dead (projects), and one (each) in an anthology by Post Mortem Press, NorGus Press, Evil Jester Press, Horrified Press, Atria Books (S&S Digital), and Nocturnal Press Publications. She also has a poem in an anthology by Naked Snake Press and a children’s poem in Oxford Ink Literature Reader 4 from Oxford University Press (India). Her nonfiction children’s article about skydiving, written for her writing course with the Institute of Children’s Literature, was published by McGraw-Hill for NY Assessments. She is also an editor for: Dark Dreams: Tales of Terror, Dead Worlds 7: Undead Stories, and Book of Cannibals 2: The Hunger from Living Dead Press; Earth’s End from Wicked East Press; End of Days: An Apocalyptic Anthology (Vol. 4 & 5/co-edited) from Living Dead Press; and she co-editing Feast or Famine (a zombie anthology). When she is not busy writing and/or editing, Rebecca is formatting book covers, building/maintaining websites, and writing book reviews. For more information, visit her website: http://www.rebeccabesser.com