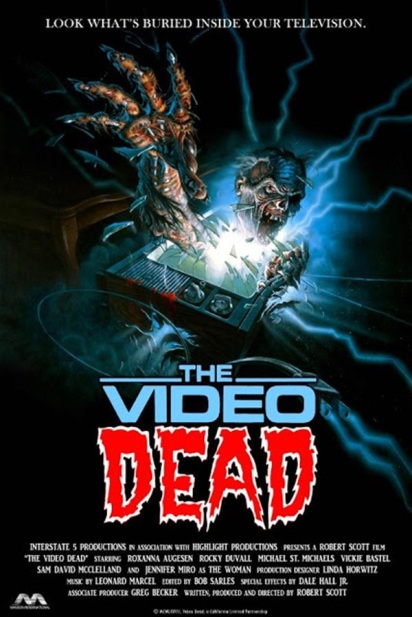 A movie about the living dead coming out of someone’s television is a movie that screams for a good tagline, and there’s so many that could have been picked. Do you know what they used? “The living dead are here, and they’re lusting for blood…yours.” That’s so bad. I would have used something that focused more on the television instead, something like “Didn’t your parents tell you television was bad for your health…” or “Don’t get too close to this T.V., it bites” but no, they just had to make it about the zombies. I can understand them wanting to focus on the walking dead, but the problem is their chosen tagline implies that the zombies actually want blood, and that’s not really the case. END_OF_DOCUMENT_TOKEN_TO_BE_REPLACED 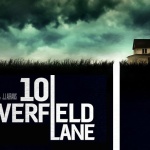 My Review-ish: For those who aren’t aware 10 Cloverfield Lane is a sequel to JJ Abrams cult classic Cloverfield (2008). However, it isn’t the sort of sequel anyone is used to seeing. It’s more of a sister film or companion film rather than an actual sequel. This is a concept I think is pretty damn cool. Also, since I’m not really a fan of Cloverfield I’m happy this sequel is a completely different type of film. Where Cloverfield is basically a found-footage type of film, 10 Cloverfield Lane is a full on psychological thriller and one of the best ever at that. Now I have a couple issues with this movie that I’ll get to at the end but for now let’s concentrate on the positives.  END_OF_DOCUMENT_TOKEN_TO_BE_REPLACED 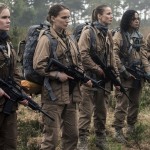 The Gist: A biologist’s husband returns one year after leaving on a Top Secret mission but is not the same man who left. Government officials take the couple into custody where the biologist learns of a mysterious zone her husband was sent to explore and returned as the sole survivor. In order to find out what happened to her husband the biologist enters the zone with a team of her own where no one knows what they will find.  END_OF_DOCUMENT_TOKEN_TO_BE_REPLACED 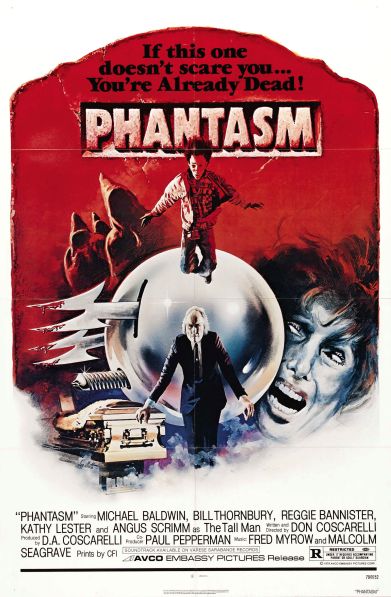 Synopsis: “A teenage boy and his friends face off against a mysterious grave robber known only as the Tall Man, who keeps a lethal arsenal of terrible weapons with him” -IMDb.

When thinking about cosmic horror one begins to formulate a list of criteria on how to judge what exactly is “cosmic horror.” Immediately the name H.P. Lovecraft will surface. In fact, most of how we understand “cosmic horror” is from his collected works. The emphasis typically negates shock horror or gore horror in favor for fear of the unknown. The phenomena we are confronted with goes beyond our comprehension. The word cosmic here then implies that the confrontation in the story extends beyond our narrow human understanding and stretches into a “cosmic significance,” that is, otherworldly. Phantasm (1979), while categorized as more of a fantasy horror, actually represents aspects one would find in a traditional cosmic horror tale, such as an antagonist that could only be describes as simply otherworldly, a story driven by madness, a nightmarish dreamscape, and of course, most importantly, fear of the unknown. END_OF_DOCUMENT_TOKEN_TO_BE_REPLACED 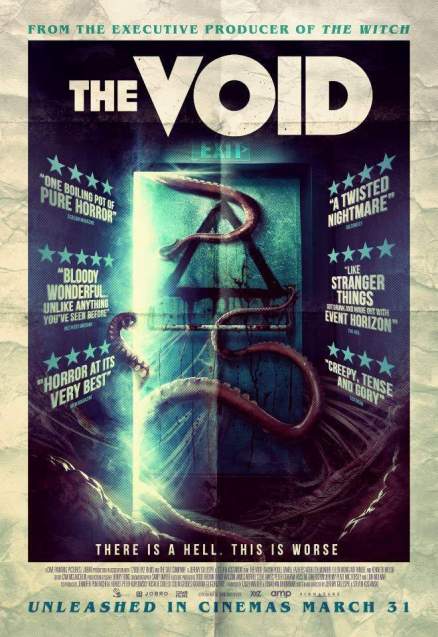 Synopsis: “Shortly after delivering a patient to an understaffed hospital, a police officer experiences strange and violent occurrences seemingly linked to a group of mysterious hooded figures” -IMDb.

Close your eyes for a moment. It’s okay. Trust me on this. Just shut your eyes. Now, envision tentacles. I know. Weird, right? But for a few seconds, allow yourself to think about tentacles.  END_OF_DOCUMENT_TOKEN_TO_BE_REPLACED

When I sat down to watch They Live for this review, it was the first time I was actually taking the time to see this film. I of course had heard of it, and had been told numerous times that I needed to check it out. I am a huge John Carpenter fan, mostly due to Halloween, The Thing, and Christine. Those were the films from Carpenter that I grew up on. This one has been on my “to be watched” list for quite a long time and thanks to Machine Mean, I finally forced myself to sit down and watch it. Unfortunately, it really did feel like a chore to sit through this film.  END_OF_DOCUMENT_TOKEN_TO_BE_REPLACED

“Didn’t you just greenlight another movie based on a VIDEOGAME?!” – Cecil B. Demented

The bane of PC/videogame adaptations – outside of the creative stigma that puts most critics on the offensive from the start – can be attributed to one simple fact: you’re taking an active medium and stripping away a level of engagement that adds to the visceral experience of playing. And when you think about it that way, it really makes the adaptation feel like an exercise in futility, no matter how high the budget or how skilled the crew. Why bother? END_OF_DOCUMENT_TOKEN_TO_BE_REPLACED

Its almost that ‘most wonderful time of the year’’, folks. No, no the commercially driven saccharine drenched credit indebted mutant known as Christmas. I am referring to a day which is special to me on one count and also to horror fans on two counts. I’m talking about Halloween of course, the day when 46 years ago, I made my debut appearance in this cosmic play we call ‘life’, a day celebrated by people of a darker nature and, last but by no means least, the night that John Carpenter brought Michael Myers home. END_OF_DOCUMENT_TOKEN_TO_BE_REPLACED 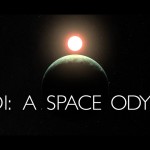 2001: A Space Odyssey is a 1968 science fiction movie produced and directed by Stanley Kubrick and written by him and Arthur C. Clarke. The film is often said to be based on Clarke’s short story, “The Sentinel,” but this is a gross oversimplification, as only a small moment in the film parallels the story, and even that part is radically rewritten. The actual literary equivalent of the film is the novel credited only to Clarke, but cowritten by Kubrick. END_OF_DOCUMENT_TOKEN_TO_BE_REPLACED

You’ll notice I’ve opted to combine my analysis of the first two films in the long running Hellraiser series into one long piece, as opposed to separating them into two articles. No, I’m not being lazy (well, maybe a little). This is actually a conscientious decision, arising from my opinion that the first two chapters of the saga inspired by Clive Barker’s novella The Hellbound Heart are so inexorably intertwined they essentially function as two halves of the same, epic film. I’ve opted to approach my review accordingly.  END_OF_DOCUMENT_TOKEN_TO_BE_REPLACED