Something Nerdy This Way Comes

Is it just me, or does it seem like nerds have completely taken over everything worth watching? Don’t get me wrong, I am a nerd, and — as one of my favorite drive-thru commercials often says — “I’m lov’in it.” No complaint here. Its just strikingly odd to find such a concentrated pooling of nerd based entertainment in a incredibly bottle necked period of time. Lets count the cost. Marvel is dominating theaters. DC is smoldering television. And horror in general has made a lot of strides since the decade of reboots (the early 2000’s) in both theaters and television. It is truly an amazing time for nerds. Sure, there have been some misses. But there have also been a lot of hits. And it feels as if our movies and shows are picking up traction and getting better and better as the decade moves along. Yes. This era of nerdom will pass, sadly. Trends come and go on the evening tide. However, the time for mourning has not yet come. Instead, we should be celebrating the advancement of these amazing nerdy forms of entertainment.

If you have not yet partaken in the nerdness, no judgments my friend. Though I do feel a little sad for you. If you’re looking for a solid base to jump into the fray, considering any of the following movies and television shows! You will not be disappointed.

Iron Man (2008): If you’re going to start anywhere, Iron Man would be a good option. Back in 2008, Iron Man was one of the first “good” superhero movies that teed up the Marvel line up quite nicely. 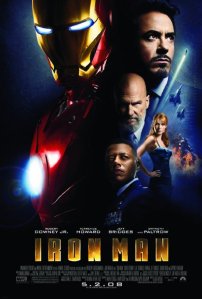 Avengers (2012): If can skip all the individual movies, the set up for the mother of all nerd movies; however, I do require that you at least watch Captain America: The First Avenger before watching The Avengers. You can skip Thor and Iron Man 2 if you want. 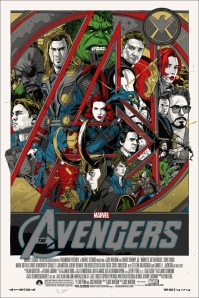 Captain America: Winter Solider (2013): Okay. So maybe flicks like The Avengers are a little too crowded for your tastes. Or perhaps its a bit too nerdy and comic bookish. Again, no judgments. If The Avengers isn’t cutting it, try Winter Solider. This last Capt America movie was by far one of the best Marvel movies yet. That’s right…even better than Guardians of the Galaxy (Judge away nerds!). It was old school espionage, giving a nod to both the Cold War era action movies and toward the comic. I loved the first Capt flick cause I’m a sucker for period pieces, but Winter Solider was just so damn good, especially during an era when we’re just now looking back and analyzing the post 9/11, post Patriot Act world.

Gotham (Fox television): DC may be getting creamed in the theaters, but damn if they’re not dominating cable television!! In an area where Marvel seems to be stumbling hard, DC has done nothing but pick up momentum since Arrow aired a few years back. Now we’ve got the Flash, Arrow, Constantine (my person favorite, thus far), and Gotham. And some nerds are protesting this new re-telling of Gotham origins; however, I am not one of those critics. I love the show, especially since I was never a hardcore reader of Batman growing up. The show gives assuming and nostalgic easter eggs while still maintaining a well thought out story. The Flash is a little campy, but watchable. The Arrow has been hard core since the start. And Constantine, as I said above, is one of my favorites because its the more gritty side of DC. An amazing combination of horror and comic. Gotham is worth the watch, if anything, to at least see a new origin take on Oswald Cobblepot, my favorite DC villain, second only to Killer Croc.

And there are many more, of course, not mentioned here in this article. Supernatural has made a strong come back from last season’s snorefest. American Horror Story is still one of the best horror anthologies ever to grace television boxes. Sleepy Hallow comes and goes, depending on the episode, definitely worth checking out on Hulu at least, or wait for the inevitable Netflix release. And The Walking Dead has also made a triumphet return, much to the joy and satisfaction of zombie nerds everywhere. Personally, I feel as if I’ve never had such a hard time keeping up with shows as I used too. Either way, I hope the trend lasts and continues to grow.

What are some of your favorite nerdy shows to come out? Or are you still waiting for yours to make an appearance?

For me nothing says America quite like Captain Steve Rogers, aka Captain America. Created during WWII, the Cap was one of the most popular characters of the 40’s. He gave an identity, a face, a model for good verses evil (via The Red Skull). Even in the recent film, The First Avenger took both old and new audiences into the murky depths of the Second World War and showed us the virtue of a true hero. Unfortunately, during the McCarthy era (1950’s) the Cap’s popularity waned. The 50’s proved to be one of the most paranoid decades our country has ever seen, regarding the Second Red Scare, and when hero’s such as Captain American would have been beneficial, we simply didn’t know who we could trust, specially folks representing the government. Fortunately, for us, the Cap was reborn, or defrosted I should say, during the 60’s in the face of Americas largest and bloodiest battlefield, Vietnam. The Cap has remained in circulation ever since with even more dramatic story arches, remaining a figure for good in a world where good and evil are constantly blurred.

Captain America remains one of my favorite Marvel characters, even in the star packed Avengers film. The best line from The First Avenger has to be between the small Rogers and Dr. Erskine. When asked if Rogers wanted to kill Nazis, Steve replied: “I don’t want to kill anyone. I don’t like bullets. I don’t care where their from.” I can’t quite say why this line gets me, except because, perhaps here, Steve hints at the true nature of heroes. Heroes do not seek out violence, but they also don’t back down in the face of danger. Captain America alludes to how, I suspect, many American troops have felt over the past two hundred or so years. Democracy doesn’t seek out fights, but sometimes, in the face of oppression, we gotta do what we gotta do, like knocking out Hitler over 200 times!

With that being said, Happy Birthday America and everyone have a safe and celebratory 4th of July.