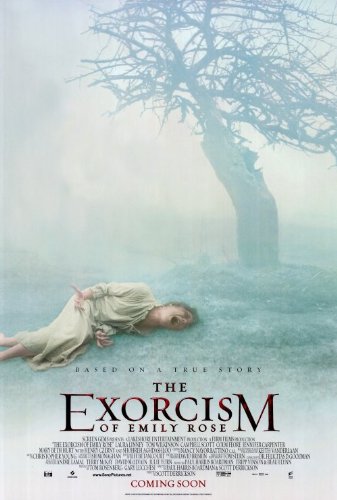 I love horror films but as an atheist, possession movies don’t normally tickle the terror nerve for me. I don’t believe in Satan or spirits or the possibility of being possessed, so as much as I am entertained by the idea of it, it doesn’t scare me as much as, say, Mikey standing in the corner facing into the wall (you know, because forest witches are definitely real). However, The Exorcism of Emily Rose is not just another run-of-the-mill possession movie about a teenage girl in a dirty white nightdress spouting Latin in dual voices. Well… I mean… it is actually, but it’s also so much more. END_OF_DOCUMENT_TOKEN_TO_BE_REPLACED

Written and Directed by: Taika Waititi and Jemaine Clement

What We Do In The Shadows is a mocumentary about four vampires who live in a “flatting situation” in New Zealand, and it’s quite possibly the best vampire film in existence. It’s a comedy that mostly centres around friendship and the various bizarre issues experienced through life as a vampire. Each of the main characters is ingeniously based on familiar ‘vampire types’ in popular culture, and are styled and dressed according to the time period in which they were transformed. We have Petyr, an 8000 year-old ‘Nosferatu’ type, resembling Count Orlok. Viago is an 18th century dandy, similar to Louis and Lestat from Interview with the Vampire. Deacon was a Nazi vampire. Vladislav is based on Dracula (the Francis Ford Coppola version). Then we have Nick, who is turned into a vampire during ‘filming’, and is the self-professed ‘Twilight type’. The story centres on the group in their everyday life and leads up to ‘The Unholy Masquerade’, an exclusive supernatural ball. Along the way, we meet side characters such as other vampires, werewolves (“not swear wolves!”), familiars, victims, and Stu, Nick’s human friend.  END_OF_DOCUMENT_TOKEN_TO_BE_REPLACED 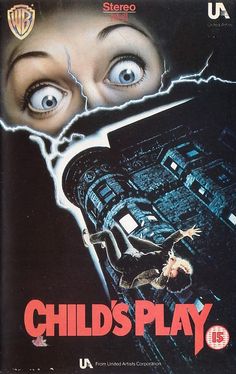 What begins like a crime thriller quickly escalates into a bizarre horror about a dying murderer who manages to use black magic to transfer his consciousness into a ‘Good Guys’ doll. ‘Chucky’ finds a home with 6-year-old Andy, initially befriending and manipulating him into helping him commit more murders, and then Andy himself becomes the target as Chucky plans to transfer his consciousness into him before he can be killed in his doll form.  END_OF_DOCUMENT_TOKEN_TO_BE_REPLACED

This review is spoiler-heavy.

Peeping Tom has a lot going for it. It’s widely accepted to be the first ever ‘slasher’ film, released months before Alfred Hitchcock’s Psycho in 1960. It is also the first horror film to show us scenes from the killer’s perspective, a technique that has since become somewhat of a genre trope (John Carpenter’s Halloween 1978, Sam Raimi’s Evil Dead 1981, Stanley Kubrick’s The Shining 1980, to name but a few).

The acting performances are great and the directing is superb. The story is original, the script is competent, and the movie is generally well paced and atmospheric. So it may come to many as a surprise that upon its theatrical release, Peeping Tom was critically reviled and it was detested by the public, so much so that the film was pulled from distribution, its cinema run was cut short, and it was banned. It practically disappeared until Martin Scorsese revived it in the late 1970s. It’s generally acknowledged as the film that ended (director) Michael Powell’s career. Powell’s previous work included A Matter of Life and Death (AKA Stairway to Heaven) (1946), A Canterbury Tale (1944), and The Red Shoes (1948). He was a beloved and highly acclaimed filmmaker, until he released Peeping Tom. After this, he was able to get some film work, mostly abroad, but then his career tragically died, much like several of his Peeping Tom characters.  END_OF_DOCUMENT_TOKEN_TO_BE_REPLACED

As the second sequel to Night of the Living Dead and part of a series, it is the perfect final third act. As a standalone horror movie, it is fantastic. As a zombie movie, it is divine. The special effects alone set this movie apart from most others, rivaled only by those in John Carpenter’s The Thing and Ridley Scott’s Alien (and okay, maybe also Tremors, directed by Ron Underwood).  END_OF_DOCUMENT_TOKEN_TO_BE_REPLACED