At first glance, The Cabin in the Woods appears to be a generic slasher. The trailer, from my initial memories of seeing the film marketed seemed to focus on just about every horror film cliche you could possibly think of. I pegged this film as a flop and only went to see it in the theaters for something to do. I had just moved to the area I currently live in and didn’t know the area or people all that well. Needless to say, my first impulse for something fun to do was to go check out one of the local theaters. The Cabin in the Woods was playing so I figured, “What the hell?” I was taken by surprise. The film is filled to the brim, overflowing in all honesty with every cliche but the spin that Goddard and Whedon put on it sunk it’s claws into me and dragged me along for a truly fun and entertaining celebration and deconstruction of the genre we are all so fond of! END_OF_DOCUMENT_TOKEN_TO_BE_REPLACED

One of the most discussed films of the past decade is It Follows. A low-budget independent feature that took the Cannes Film Festival by storm. After it’s premier, the film had everyone talking and from the word of mouth alone, my interest was piqued. I do want to say now though that the film is WAY over-hyped. Not in a bad way or anything, I feel like the reputation of the film may hurt it as the film ages, much like the aging of The Exorcist has unfortunately lessened the horrific impact that the film initially had on its audiences. This film isn’t The Exorcist, nor is it anything we have really seen before. END_OF_DOCUMENT_TOKEN_TO_BE_REPLACED

Paranormal & Supernatural in Review: The Shining (1980)

Synopsis: Jack Torrance is in recovery, now that he is clean and sober, he is on his last legs. Needing to provide for his family, Jack takes a job as the winter caretaker of The Overlook hotel. For the winter, he will move his family in the hotel and he will maintain the building and grounds. Jack doesn’t know that the hotel has its own plans, that the hotel has more than a few dirty secrets of its own. Jack’s son, Danny, has a secret of his own. Danny has the ability to read minds- a trick he learns is called The Shine. Through the shine, Danny learns that his father is deteriorating mentally and the hotel has its own evil agenda.

The shining, arguably one of the most beloved films from director Stanley Kubrick, is a film that has been discussed and dissected by so many people that the task of writing a review for it is rather daunting. Honestly, I put off writing this review as long as possible because the film has become something more than just an adaptation of a Stephen King novel. I am not the type of movie-goer that goes into a movie looking for hidden messages. I want to be entertained and taken on the ride that the story wants to tell me, taking me out of my world and thrusting me into the world of the characters. When looking at writing about The Shining, I find that you can enjoy the film whether you want to dig in deep and search out those hidden themes or if you just want to watch a movie that will take you into its world. END_OF_DOCUMENT_TOKEN_TO_BE_REPLACED

Synopsis: A washed up true-crime author moves his family into the home of a mysterious murder. While researching the crime, he finds a mysterious box in the attic full of super 8 home videos depicting multiple grisly homicides, leading the author down a path he is not prepared to take.

2012 was a weird year for the horror genre. We saw Sinister release, as well as Excision, American Mary, The Collection, The Possession, and many others- most of which fell below the mark and found themselves in the realm of obscurity. Sinister was one of the few that didn’t fall to the wayside, instead it was one of the best horror films of the year if you look at the “mainstream” releases. END_OF_DOCUMENT_TOKEN_TO_BE_REPLACED

Paranormal & Supernatural in Review: The Conjuring 2 (2016)

Synopsis: A single mother and her four children are being attacked by a malicious force that is determined to possess one of her young daughters. After attempting to get help from local authorities, the Catholic church appoints Ed and Lorraine Warren to visit the family and try to figure out exactly what is going on.

If you read my previous review for James Wan’s The Conjuring (2013), you would know that I was grasped by that film. It engaged me on levels that I didn’t think it would at all. After I watched it, I immediately wanted to pop in the disk to The Conjuring 2 (2016) but I held off until after I had written my review for the original. END_OF_DOCUMENT_TOKEN_TO_BE_REPLACED 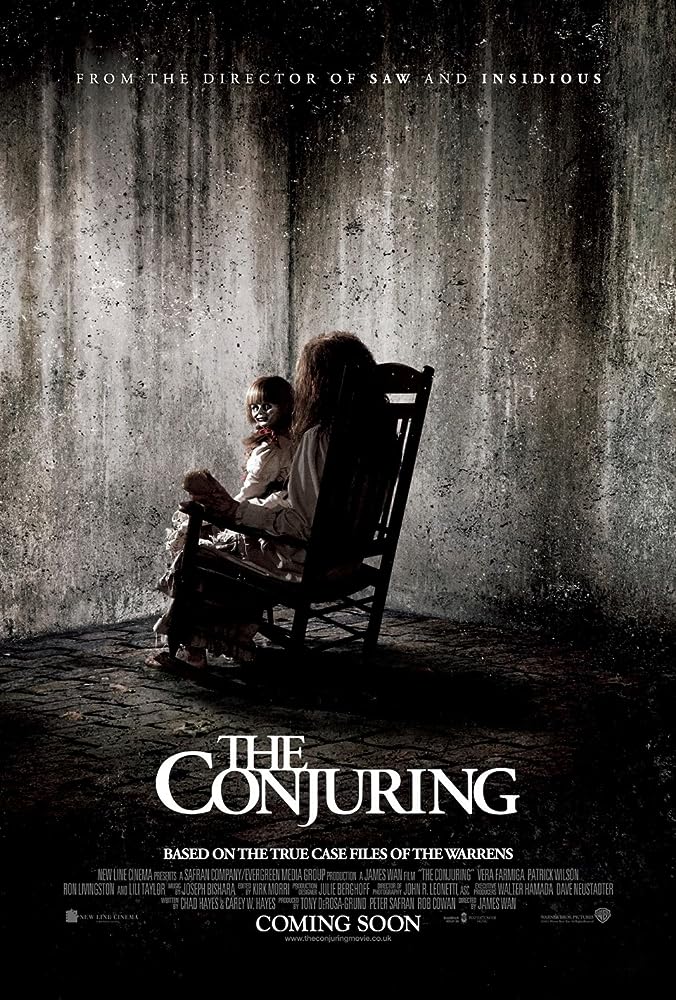 When I think of modern horror, James Wan is one of the first directors that come to mind. I would say it is a fair assumption that Wan comes to mind for a lot of us genre fans. From his initial dive into horror with the Saw franchise, his Insidious films, to what I am writing about now with The Conjuring, James Wan has become a horror icon in the realm of creatives.  END_OF_DOCUMENT_TOKEN_TO_BE_REPLACED

Synopsis: After what appears to be leaked footage dating back to when his sister went missing, James and a few of his friends enter the Black Hills Forest in Maryland to uncover the truth surrounding her disappearance.

At least once per decade, a film comes out that redefines the genre, sending it in a new direction. In the 90’s, we had a renaissance with meta horror found in the late Wes Craven’s 1996 classic- Scream. A mere three years later the genre would change yet again with 1999’s The Blair Witch Project. Co-Directors Eduardo Sanchez and Daniel Myrick helped the genre shift and their little indie film became one of the pioneers of the found-footage sub-genre. END_OF_DOCUMENT_TOKEN_TO_BE_REPLACED

Every now and then, a film comes out that manages to fly under the radar a bit. A Girl Walks Home Alone At Night is one of these movies. It made its waves upon its initial release but unfortunately, many people have yet to hear of this one. The film is writer/director Ana Lily Amirpour’s first feature film and it is one hell of a way break out!  END_OF_DOCUMENT_TOKEN_TO_BE_REPLACED 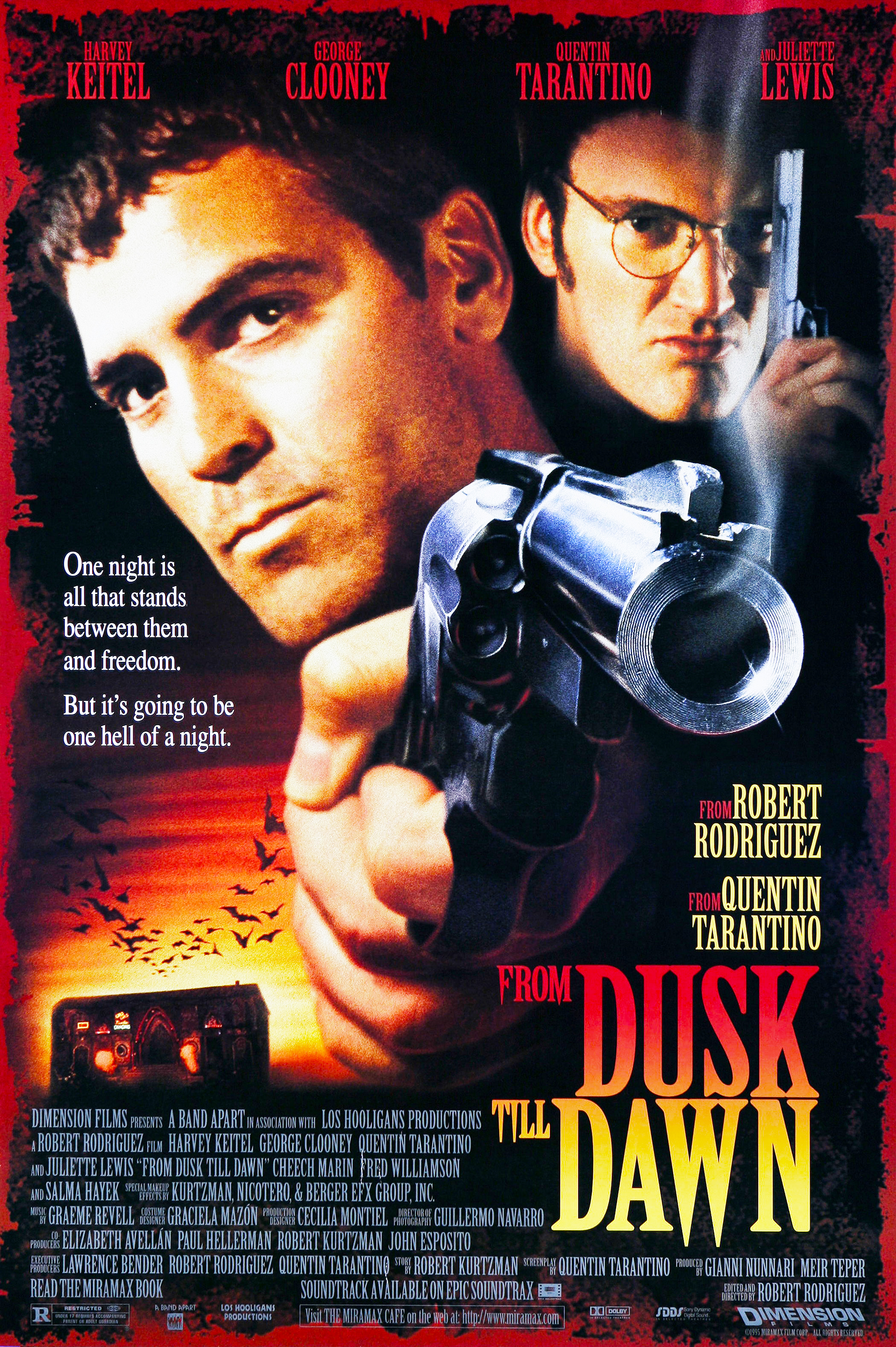 Synopsis:  On the run from a bank robbery that left several police officers dead, Seth Gecko (George Clooney) and his paranoid, loose-cannon brother, Richard (Quentin Tarantino), hightail it to the Mexican border. Kidnapping preacher Jacob Fuller (Harvey Keitel) and his kids, the criminals sneak across the border in the family’s RV and hole up in a topless bar. Unfortunately, the bar also happens to be home base for a gang of vampires, and the brothers and their hostages have to fight their way out.  END_OF_DOCUMENT_TOKEN_TO_BE_REPLACED

So, I thought for Fright Fest we were taking a look at vampire movies? I watched this film for the first time specifically for this review. I had heard amazing things about this movie, most of which I completely agree with. However, in my opinion, this IS NOT a vampire movie. This is a zombie apocalypse film. Yes, the creatures have fangs and are called vamps. Yes, this is a gruesome, tear you limb from limb kind of take on one of the most famous horror creatures that we know of. However, to me this isn’t about vampires. The creatures barely resemble anything like what we know. This could be good for some, but for me, it didn’t work.  END_OF_DOCUMENT_TOKEN_TO_BE_REPLACED