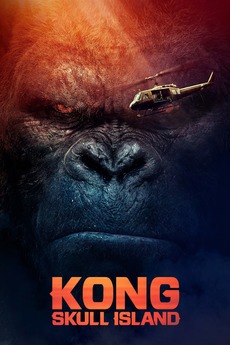 Okay, seriously…have you seen the new Kong? For starters though, i’ll admit it is kinda strange taking on a creature feature review outside of the Creature Features in Review series. However, as I had the gumption to finally watch the latest of Kong movies, Kong: Skull Island, I felt compelled to write down some of my thoughts regarding said movie. There are no spoilers here, per say. Kong holds not mystery that hasn’t already been shown in the many previews and trailers that came out prior to the movie’s release. So, I don’t feel bad talking about it.  END_OF_DOCUMENT_TOKEN_TO_BE_REPLACED

Arachnophobia is the most utterly terrifying film I have ever seen. I’ve seen, read, and written vomit-inducingly horrific things, but there’s only one thing that scares the absolute shit out of me— spiders. I was nine when this film premiered and, up until now, that’s the last time I watched it. Like the main character of the film, Dr. Ross Jennings, I am an arachnophobe (a person with an abnormal fear of spiders). Also like Dr. Jennings, my phobia was solidified by a traumatic early childhood experience (and many thereafter).

Flashback to the late 1980s: my brother Tommy and I were peering over the basement railings of our grandparent’s newly built house. We spied a black, circular, baseball-sized mass at the landing of the second flight of basement steps. Curious and eager to explore, we rushed down to the first landing to get a closer look. It appeared to be a giant rubber Halloween prop spider. Figuring our grandpa was playing a prank on us and eager to use the prop for our own nefarious devices, we rushed forward to grab it.  END_OF_DOCUMENT_TOKEN_TO_BE_REPLACED