The Best of Underrated Horror 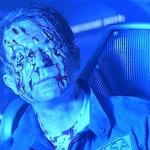 It goes without saying, horror is a generally underrated genre in cinema.  Who goes up for the Golden Globes? Not horror. Flicks like Argo, Zero Dark Thirty, Life of Pi, Lincoln, and Les Miserables are typical contenders for the “Hollywood choice,” all the while excellent horror flicks are getting left out in the alley, searching in the dumpster out behind Roosevelt hotel for some leftover love and recognition. Sure, on occasion a few horror titles will sneak in an (less prestigious) Oscar, but these are typically awards for special effects and not for the screenplay, acting or directorial effort themselves. Now don’t get me wrong, its a good day when traditional effects gets some recognition, but giving a horror movie props for only the effects is like complementing a restaurant for their decor and not the food. And if the manager or chef only care what you think about all the cool stuff on their walls, then maybe you shouldn’t eat the food anyways.

The last horror movie that got its share of recognition was Silence of the Lambs (1991). For obvious reasons, there is no way I can talk trash about this amazing movie; It deserved every award. However, its now been over twenty-two years since Hannibal Lecter ate the hearts of adoring fans…i’ll say it again, twenty-two years… has there really been no horror movies worthy of Academy recognition since? Well..for long time fans of the genre, it comes at no surprise that horror gets so little attention from Hollywood. We accept that horror will never win a Golden Globe. Horror isn’t done to be artsy; horror is done to make a statement, to say something about the apple-cart, about society and the world we cope with. Horror is also done because we’re all a bunch of twisted individuals, nerds and geeks with our own system of appreciation and recognition, such as the Saturn Award (science fiction, fantasy, and horror) and Spikes Scream (they canceled the awards for 2012 for unknown reasons and if they’ll be back for 2013 is still unclear) Yet, sometimes even in our own avenues for recognition, excellent horror still slips through the cracks.

Thank goodness for blogs and horror nerds! This statement isn’t just a bit of shameless self promotion, i’m also thinking about the many other horror nerd blogs on my reading list. Amateur reporting helps friends find those rare horror indies, the direct to DVD flicks we might have missed or have zero time to find for ourselves. Bloody Disgusting and IMDb have generated a few good lists on their sites, but I thought i’d throw in my two cents on the subject. Its rather reasonable to assume that a lot of folks do not have oodles of couch time to watch every single unknown horror movie. Its nauseating using what precious little time we have to watch something truly horrible. SO, let us nerds do the work for you! Trust me, we don’t mind. And the real benefit here is the more we share the more these underrated horror movies get print and press time. Thus far, looking at what a few other blogs have mentioned (I’d hate to repeat the same old underrated movies) and what, in my humble opinion, has been largely forgotten, I have generated the following six underrated horror movies. Enjoy!

During the late summer of 1997, Event Horizon was received with general negativity. The movie that was pitched as “The Shinning in space,” was rushed during final cut, which unfortunately may have caused most of Event Horizon’s less desired qualities. However, despite the setback and first reception, Event Horizon has lazily found its way into the cult following circus. There seemed to be a wave of demonic inspired movies during the later years of the 90’s (a few others not included on my list: Fallen, The Devils Advocate, Sleepy Hallow, and In The Mouth of Madness) and Event Horizon held its ground as the only descent horror movie in space, followed only by Hellraiser: Bloodline, which I thought was rather good, despite what others have been saying (you cannot tell me the Twins-cenobite creation wasn’t the sickest creation to date!). Bottom Line: Event Horizon is a horror worth checking out. Its light on the science fiction, but heavy on the horror, blended with the perfect seasoning of actors. 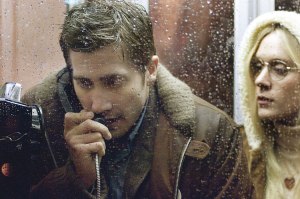 Zodiac proves, for me at least, that not all horror has to be blood and guts and actions sequences. What really brings out the horror in Zodiac is how irrefutable the “based on a true story” this movie is. Other poltergeist or crime based flicks make the claim as based on a true story; however, we know without a doubt how real the zodiac killer was and still remains today, especially for the folks that had lived in the San Francisco Bay area during the 60’s and 70’s. One of the part of the movie, (a part critics cared little for) gave audiences a little taste of the longevity of the Zodiac case by prolonging the movie into a near three hour screening. Zodiac never made it to the acclaim of Silence of the Lambs, though it deserved the recognition. No, Mark Ruffalo did not outperform Sir Anthony Hopkins; Zodiac was just a solid movie with plenty of story and excellent acting. Bottom Line: Zodiac is great period piece to be sure and worth checking out, just make sure you’ve got the time and an extra-large bowl of popcorn. 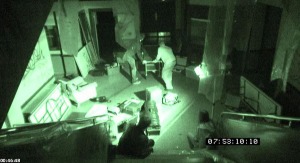 One of the best horror mockumentaries you’ll ever watch, period. Grave Encounters was released back in 2011, but apparently no one bothered watching it. I didn’t even hear about it until sometime last year when it was released on Netflix streaming. And even then, I was a little apprehensive. The low-budget home video vibe is a risky venture, with so many horrible ones being put out there. Ever since Blair Witch let the cat out of the bag, (Cannibal Holocaust for an older generation) that these “documentaries” are not “real” per-say, audiences now know off the bat what they’re walking into. The trick is to make everything feel real, and Grave Encounters pulls this trick off perfectly! Things do move slow, which is a part of the anticipation. But when the crazy starts it doesn’t slow down. Bottom Line: if your not a fan of the “home video cam” look, you may still enjoy this one. If you enjoyed VHS or REC, you’ll definitely love this one.

A couple of years ago there was a lot of positive talk about this movie going to theaters and then…nothing. Innkeepers simple disappeared from all internet blog chatter. I actually forgot all about wanting to watch this one until, just like Grave Encounters, it popped up on Netflix streaming. During the first 45 minutes or so, you’ll think your watching a spoof with all the light-hearted awkward moments with Claire and Luke, but when things turn serious, you’ll realize how good of a horror movie Innkeepers really is. Comedy and horror are two excellently paired emotions that must be captured just right or the entire production will feel thrown off. Innkeepers keeps the balance beautifully. An old fashion ghost story without feeling old fashion. Bottom Line: if you’re into ghost stories, you should most certainly check this one out.

You might be asking yourself: “how in the world does a Friday the 13th franchise movie make its way unto an underrated horror movie list?” Sure, you got me there. Friday the 13th part 2 should already be automatically endorsed and recognized because of its association as part 2 in a long history of Friday’s.  However, even with that being said, part 2 in my opinion is the most ignored and underrated Friday addition in the series. Why? Some folks have complained about the production value. Or that it was rushed by greedy executives trying to cash in on the first film. But even with all its down sides, the movie is still amazing and a legendary foundation for the character Jason to build upon. The hockey masked killer we’ve all come to love hasn’t developed there yet, here with part 2 we’re seeing Jason at his most basic level, the old potato sack killing hillbilly everyone has forgotten he once was. With part 2, we get to see Jason at his roots and his awkward, near religious, obsession with his mother. Bottom Line: if your a fan of the series and still haven’t taken the time to watch this movie, shame on you! Watch it and see where it all began. See why Jason functions the way he does and a deeper look into the motivations behind why he kills.

Wow! Where the heck did this movie come from?!? I’ve seen Stake Land among the recently added horror movies on Netflix streaming and have been curious regarding watching it, but until last night, never gave it a chance. I haven’t really heard much about this one, the synopsis sounded interesting, but to be honest, the vampire genre has become kind of worn out, an old hat, as the saying goes. I’ve never been so glad to be so very wrong. Stake Land takes this tired vampire genre and gives it a fresh breath of life. The best part of Stake Land is how its really not so much about the vampires, its about the people surviving this new apocalyptic world. This way of storytelling is what made Romero zombie movies so much better than the others guys stuff. The characters in this new vampire tale are deep and believable, even the ones you end up hating. Stake Land also comes across as an excellent commentary on the social issues of the day, community, family, adolescence, religion, and war. Bottom Line: fantastic movie! Even if your tired of vampire movies, or creature features in general, this movie will not disappoint you or bore you. I’d love to see a zombie movie done the same way.

Well, there’s my list of underrated horror movies, each added for their own particular reasons. Though i’m sometimes a little disappointed in Hollywood for not giving horror its well deserved credit in their little award shows, I understand that the real folks keeping horror alive are the fans. Together we share our favorites and our thoughts on certain titles, shaping a standard while at the same time not creating unwanted restraints on, what is in my humble opinion, the best art form in cinema. The more we share with each other, the more we experience the genre we love. So, let your voice be heard and share here horror movies you think have been wrongly ignored or passed over.