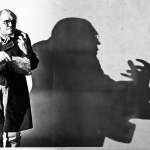 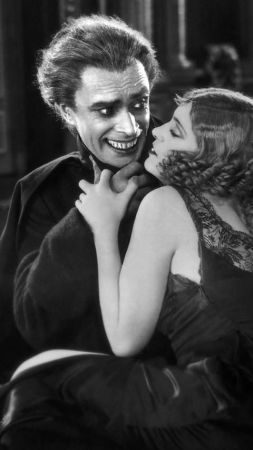 Long ago (back in January), when I decided to start this series reviewing Universal’s classic monsters, I had based the review lineup on a box set release titled “Universal: Classic Monsters, Complete 30-Film Collection.” My very awesome wife had gotten me this set for my something-ish birthday back, also back in January. I was very excited to be able to watch the classics that I’ve loved for years and even more so the ones I had never seen before. In fact, according to the 30-film roster, there were plenty I had never seen. Some I’d never even heard of before. And there were a few that I was surprised to find not included in the box set. Of these, I was most surprised to find that Lon Chaney’s original masterpiece The Phantom of the Opera (1925) was missing. I imagine a lot of people consider the 1925 version to be a Universal classic over the 1943 remake. The one with Claude Rains was pretty good and has an excellent ranking of Rotten Tomatoes, but its inclusion felt kinda tossed in, like as a “bonus” film and not really flirted to be something really belonging to the Universal Monsters lineup. All you have to do is google a picture of the classic monsters and I guarantee you you’ll find Lon Chaney’s Phantom alongside Bela Lugosi and Boris Karloff. Why is that? Perhaps it has to do with our affection for the precursors of horror. That’s right folks, I feel it’s a necessity that we talk about the great granddaddies of film, the silent era, even if none of the following films technically belong to the Universal Studios monster vault. For this last review in the Universal Monsters in Review series, I’d like to take a step back and discuss some of those non-talkies that paved the way for the more beloved character tropes. 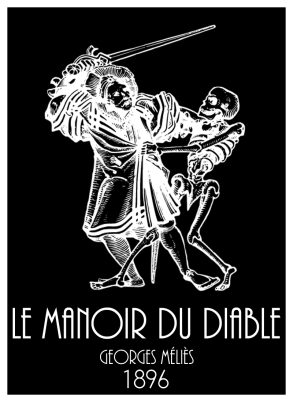 Also known for us English speakers as The Haunted Castle, 120 years ago is French directed short film was credited as the first horror movie depicting an encounter with the Devil and various phantoms. The movie was only 3 minutes long, but given the era, during the first birth pains of modern motion pictures, the film is considered to be rather ambitious for its day. There is also a flying bat featured in the short, which some have believed to be a vampire because it changes into the character Mephistopheles, and also because, towards the end of the film, one of the heroes banishes Mephistopheles with the use of a crucifix. Bram Stoker’s Dracula was published a full year following the film’s release in 1897… 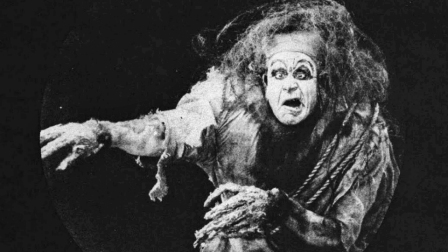 Over a hundred years ago (106), the very first motion picture adaptation of Mary Shelley’s Frankenstein debuted. This was also the very first American horror movie. The Birth of a Nation (1915) could probably be considered to be the second non-credited American horror movie, but I’ll just leave that one alone for now. This version of Frankenstein was produced by Edison Studios and written and directed by J. Searle Dawley, one of the first “noted men” in budding Hollywoodland, directing over 149 films between 1907 and 1926. Frankenstein was only 16 minutes long, but in that span, they succeeded in creating a masterful work of horror. The image of the Creature coming to Dr. Frankenstein’s bedside is a chilling moment in film history. Commercially, according to the documentary Nightmares in the Red, White, and Blue, the film was a failure, but after its discovery in the 1950s among the Edison archives a niche cult following has developed for the film and others like it. 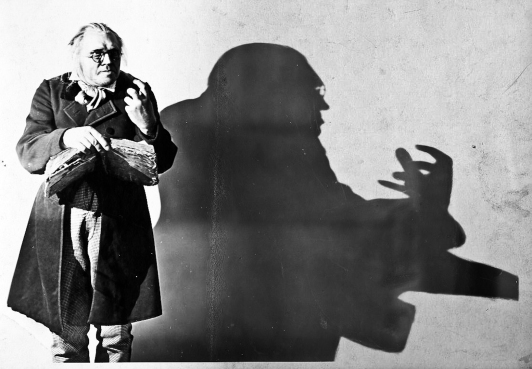 The post-Great-War German Expressionist Movement is in of itself a wonderful era of film worthy of digesting with a glass of wine and a cigar. Caligari will not be the only one we’ll mention here. The story is certainly interesting, a hypnotist uses a “sleeping” Somnambulist to commit murder in a way of proving his act is the “real deal.” But even more is the design and look of the movie. The characters inhabit a jagged landscape with sharp angles and tilted walls, strange staircases, and other radical distortions. It’s almost as if the movie itself is a funhouse. Caligari gave birth to not only the exploration of what films can do imaginatively but also (in my humble opinion) the world’s first movie star, Conrad Veidt, who would eventually move from Berlin to Hollywoodland and star is several feature films, including The Hands of Orlac, The Man Who Laughs, and Casablanca, to name a few. To say that The Cabinet of Dr. Caligari is an important movie in film history would be an understatement. If you haven’t seen this one, you need to. 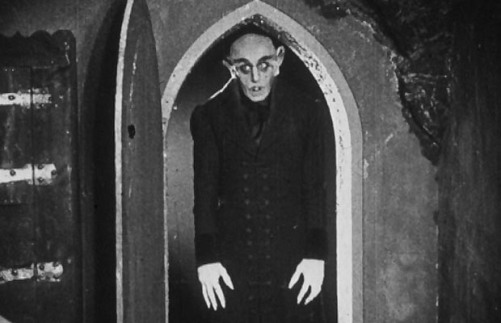 Another among the German Expressionist films, Nosferatu is considered by many to be the first film adaptation of Bram Stoker’s Dracula, there is some debate regarding that, but to say it is the only surviving film would be closer to the truth. And not just an adaptation but an unauthorized adaptation, hence some of the name changes such as Count Dracula becoming Count Orlok, and the term vampire changing to Nosferatu. Stoker’s wife ended up suing film producers and the courts ended up ordering that all prints be destroyed. Some copies survived and according to Rotten Tomatoes, Nosferatu is now the second highest ranking horror movie of all time, second only to The Cabinet of Dr. Caligari. Nosferatu first made it to the shores of America in 1929 and was largely a success, paving the way for future horror movies, such as Dracula which released in 1931, following permission from the Stroker family, of course. 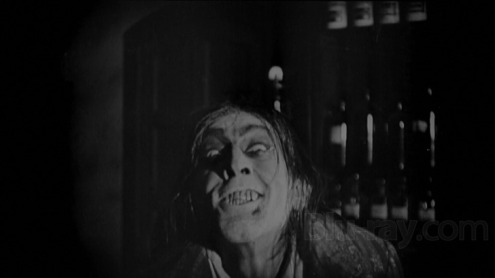 Some are surprised to find Dr. Jekyll and Mr. Hyde not included within the Universal Monster roster, it is, after all, a beloved character trope based on the classic novella by Louis Stevenson. However, one of the major reasons for this is that Paramount owned the rights to the story, hence why Universal never added it to their monster lineup. Regardless, in my opinion, the story reeks of classic “Universal” monsters. And this movie, in particular, is a chilling one to watch. John Barrymore did a wonderful job playing the split personalities of Jekyll and Hyde. Rumor is, Barrymore was much like another American movie star, that of Lon Chaney, for his self-taught ability to contort his face, giving everything to bring out the character. 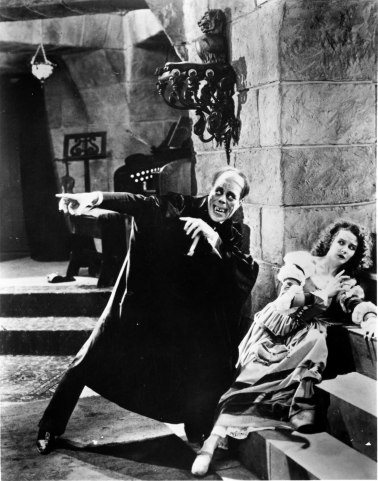 As mentioned before, The Phantom of the Opera certainly belongs to that list of must-watch films. There have been dozens of remakes over the years, but the original is still the best. Lon Chaney, afterward dubbed as The Man of a Thousand Faces, is the one who really made the movie. The revelation of the Phantom’s face is the most memorable moment of the film as Christine Daae reaches for his mask taking Erik by surprise, causing moviegoers in 1925 to scream and faint. And the quotes in that movie are some of the most romantic and horrific, “If I am the Phantom, it is because man’s hatred has made me so… If I shall be saved, it will be because your love redeems me.” Could you imagine if this was a talkie and not a silent motion picture? And yes, it still boggles the mind why Universal did not include this in their collection set. This is one of their movies, after all, produced by none other than Carl Laemmle. The ending is also one of my favorites, as the mob chases down Erik and he pretends to have some kind of weapon in his hand. The crowd swoons back, afraid. He opens his palm revealing to have nothing and laughs. The mob descends upon him and bludgeons him to death. These are the kinds of moments in horror films that I love because they make you stop and think. I find it very interesting to note that Lon Chaney was originally cast to play Dracula in the 1931 film, but tragically passed away suddenly from throat cancer. I’ve often wondered how he would have done with the part.

And there we have it, folks. For obvious reasons, many of the above movies and more from the Silent Era could not be counted among the Universal Monster classics. They were precursors and the great granddaddies of horror. But that does not mean they did not have an impact on the 1930s Frankenstein’s and 40s The Wolf Man films we all adore. The success and even late in life success of the silent motion pictures certainly aided the rise of modern horror, and not only that, they defined what horror could become, the potential of modern day warnings and social critques.  The history of this era is fascinating and deserving of more than just the few words I’ve uttered here. And there are more movies deserving of mention, London After Midnight and The Cat and the Canary to name two. Sadly, it would seem, the only people that are taking the time to appreciate the silent era, other than the universally loved Nosferatu and The Cabinet of Dr. Calagari, are film students, historians, or the more cultured of horror fan. Alas, my education of these films did not develop until later in life during my University schooling using film to study a particular period of history. Now, you’ll find me standing on the street corner, shouting to the gods and goddesses, mumbling benedictions of an era a 100 years in the past. I hope you’ve enjoyed the reviews provided in this Universal Monsters in Review series, I certainly have enjoyed watching them. 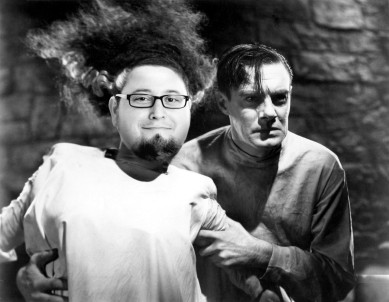 Thomas S. Flowers is the published author of several character driven stories of dark fiction. He resides in Houston, Texas, with his wife and daughter. He is published with The Sinister Horror Company’s horror anthology The Black Room Manuscripts. His debut novel,Reinheit, is published with Shadow Work Publishing, along with The Incredible Zilch Von Whitstein and Lanmò His new paranormal series, The Subdue Books, including both Dwelling and Emerging, are published with Limitless Publishing, LLC. In 2008, he was honorably discharged from the U.S. Army where he served for seven years, with three tours serving in Operation Iraqi Freedom. In 2014, Thomas graduated from University of Houston Clear Lake with a BA in History. He blogs here at machinemean[dot]org, where he does author interviews and reviews on a wide range of strange yet oddly related topics.

Did you like what you read here? Be sure to subscribe to our SPAM FREE newsletter. Keep in the loop with new book releases, sales, giveaways, future articles, guest posts, and of course…a free eBook copy of Strange Authors, an anthology that includes some of the weirdest and vilest writers in the horror community. (click below).