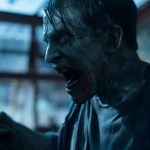 What’s the worst that can happen? That is what I had said last night before renting the yet to be released remake of George A. Romero’s DAY OF THE DEAD (1985). Deep down, I knew…I knew it wasn’t going to be good, and yet there I was, pushing select and paying $6 despite my better judgement. I try to be fair. I know I am very particular about zombie movies. Deep prejudices, you might say. Being a Romero-purist makes it really hard to get into anything other than Romero. I understand that the late great grandfather of the zombie genre wasn’t perfect, we need only look at Survival of the Dead to realize that, but still…there has to be something. Story. Acting. Gore. The trifecta, no, the algorithm to making a solid zombie movie. So, did Day of the Dead: Bloodline make the cut?  END_OF_DOCUMENT_TOKEN_TO_BE_REPLACED