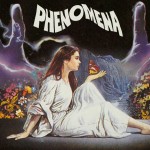 The further we get into this new series, the more I realize just how versatile creature features really are. I’m not afraid to admit, though I love the sub-genre, I kinda always pigeon-holed them as simple monster movies. But that couldn’t be farther from the truth. So far we’ve seen the echoes of Hiroshima through the lens of Godzilla. We’ve walked the mythological soil of Midian in The Night Breed and we’ve walked the eco-horror swamps in Frogs. We bunkered ourselves in Outpost 31 in The Thing. We witnessed the destruction of New York City in Cloverfield. We were chased by the Creeper in Jeepers Creepers. And we’ve witnessed the birth of a new species of humanoid insect in Mimic, not to mention the transformation of a lonely scientist into a fly in The Fly. In each and every one of these, we’ve discovered that they are not just simple monster flicks, there’s something else going on behind the scenes. And we’ve only just begun. This is March. The last review for Creature Features in Review doesn’t post until December. So, in the words of doomed Ray Arnold, “Hold on to your butts,” cause this show is just getting started.

The supernatural is a factor in many of Dario Argento’s films. SUSPIRIA, INFERNO, and MOTHER OF TEARS all deal with witchcraft and, in DEEP RED, a psychic senses a serial killer. In PHENOMENA, Jennifer Corvino, (Jennifer Connelly,) uses her unique ability to communicate with insects to solve the disappearances and murders of several young girls in a remote part of the Swiss Alps. Jennifer, the daughter of a famous actor, is sent to the Richard Wagner School for Girls and immediately begins having nightmares and episodes of sleepwalking in which she is able to psychically witness the murders.

The film is confusing at times, and it gets hard to keep up with all of the jumping around, but it’s still a good story. It begins with a young tourist, (Fiore Argento,) who gets left behind by the bus in the countryside. She goes to a local house for help and is speared by the killer and decapitated by a pane of glass, a typical Argento death.

PHENOMENA borrows elements from SUSPIRIA. There is a voiceover as Jennifer arrives at the school, and she must explain a delayed flight made her late. The Headmistress, (Dalila Di Lazzaro,) seems to take an instant dislike to her, and all of the girls think she’s odd, except her roommate Sophie, (Frederica Mastroianni,) The area around the school is eerie. There is a constant high wind that supposedly has driven people mad. Jennifer is told it is known as “The Swiss Transylvania.” 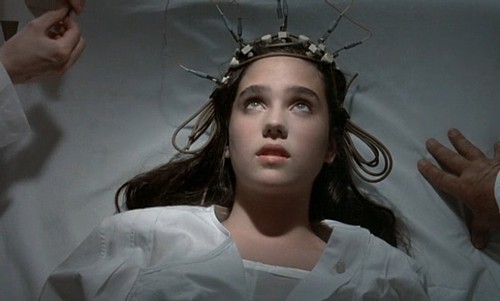 During her first sleepwalking episode, in which she sees everything glowing and finds herself in a hallway of doors, Jennifer wanders to the house of entomologist, Professor John McGregor, and his chimp Inga, who is fascinated by her gift. After the disappearance of Sophie, he encourages Jennifer to help him investigate the disappearances using a peculiar insect called The Great Sarcophagus, which is attracted to corpses. With its help, Jennifer finds the house of the tourist’s murder but is scared away before discovering the truth.

Jennifer’s behavior after Sophie’s death convinces the HeadMistress and other girls that she is bizarre. They gang up on her and she calls down a swarm of flies on the house. The Head Mistress convinced that Jennifer is an evil “Lady of the Flies,” tries to have her committed. Jennifer runs away to the Professor, only to find he has been murdered. She is taken in by a teacher Frau Brukner, (Daria Nicolodi,) claiming to have been sent by her father’s agent. 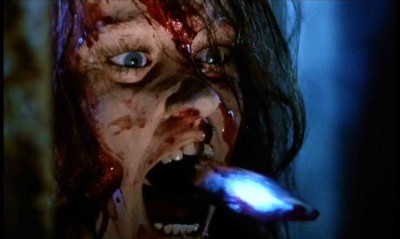 Jennifer quickly realizes the Frau has it in for her and ends up finding her way into an underground tunnel where the Frau has been keeping her deformed and deranged son, Patau. In a scene reminiscent of POLTERGEIST, Jennifer falls into a pool of rotting corpses and has to claw her way out. She tries to escape by boat but is attacked by Patau and has to call upon her insect friends to save her. It is never entirely clear if Patau or his mother are the ones who have been killing the girls.

Sound is important in PHENOMENA, directed, co-produced and co-written by Argento. The sound of the wind and of the different insects are pronounced. He also uses shots from the insects’ multi-lense perspective. Along with music by The Goblins, Argento uses songs by Iron Maiden and MotorHead during the murder scenes. PHENOMENA is cited as one of Argento’s favorite films. Perhaps he felt like a misfit like Jennifer growing up. The story she tells Sophie about how her mother left is based on Argento’s life. Unfortunately, it is uneven and often confusing. The ending feels pulled out of nowhere. The audience is left not knowing who is the real killer. 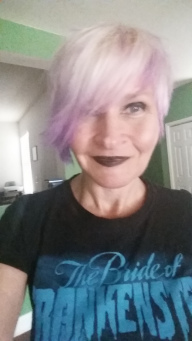 Kim McDonald is no stranger to Machine Mean, having reviewed for us during our Fright Fest series back in October, The Thing (1982). And we here at Machine Mean hope to have her back on again soon! Kim lives in Charleston and loves all things horror, especially foreign horror. Kim also publishes reviews for LOUD GREEN BIRD, tackling some of horror’s greatest treasures, giving readers a deeper retrospective and often introspective on films like “The Iron Rose,” “Baskin,” “The Conjuring 2,” “The Witch,” and much more. As you can see, she is no stranger to the art of movie reviews. You can follow Kim @dixiefairy on Twitter and you can follow her blog, Fairy Musings, here.