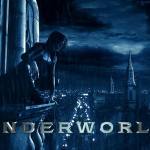 The Gist: A war has been raging between vampires and lycans for centuries though there has been peace for many years until lycans come out of hiding once more. Selene, a vampire warrior, and daughter of one of the most powerful vampire lords, Viktor, finds herself in the middle of the war and a mystery when she meets Michael who is wanted by both sides.  END_OF_DOCUMENT_TOKEN_TO_BE_REPLACED 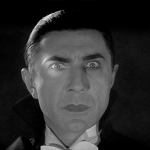 Behold! Dracula, the movie that launched a twenty-three year progression of monster movies we call Universal Classics. Who could have predicted the success despite a rather tremendous stage career of not only the film but also the glowing eyed antagonist, Bela Lugosi? Dracula, the dashing, mysterious godfather of modern horror cinema, released at the Roxy Theater in New York City, on February 12, 1931. Even the cleverly crafted “fainting” rumors and “on-call” medical staff in the lobby orchestrated by nervous executives, hoping to induce some natural sense of morbid curiosity, was unnecessary. According to film historian Michael Fitzgerald, within the first 48 hours of Dracula’s release, the Roxy Theater had sold over 50,000 tickets. Horror had just become mainstream. Dracula’s acclaim paved the way for the other classics we’ve grown to love, our other Universal Studios Monsters, such as: Frankenstein, Bride of Frankenstein, The Mummy, The Invisible man, The Creature from the Black Lagoon, and The Wolfman, each owing their existence to the success of one film, even if said film wasn’t entirely all that great. There were some issues, on and off stage. But I think, by and large, the success, as it began at first, was due to the period in which the film released. Lets take a look back in time (key Twilight Zone theme).  END_OF_DOCUMENT_TOKEN_TO_BE_REPLACED 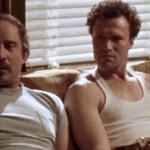 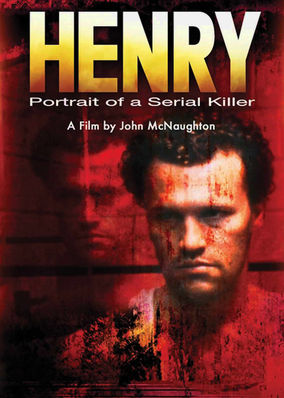 In June 1983, drifter Henry Lee Lucas was convicted of 11 murders. Later, he confessed to over 3,000, but retracted many of these over time. Today, most believe that Lucas was responsible for about 40 separate killings, including his sex worker mother, and Becky Powell, the intellectually-impaired 15-year-old niece of his close friend and lover, Ottis Toole.

Henry: Portrait of a Serial Killer (1986) is as much a biopic and crime drama as it is a horror film. It is as far from the territory of Jason, Michael and Freddy as an 80s serial killer movie can be, and its uncompromising violence and dread-soaked atmosphere ensured controversy and a release plagued with censorship issues. These problems set its American release back by 4 or so years, while in the UK, the uncut version of Henry was only made available in 2003, a full 17 years after it was made.  END_OF_DOCUMENT_TOKEN_TO_BE_REPLACED 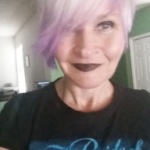 Kim McDonald is no stranger to Machine Mean, having reviewed for us during our Fright Fest series back in October, The Thing (1982). Kim will also be with us during our Creature Features series coming up in 2017. Kim lives in Charleston and loves all things horror. especially foreign horror. Kim also publishes reviews for LOUD GREEN BIRD, tackling some of horror’s greatest treasures, giving readers a deeper retrospective and often introspective on films like “The Iron Rose,” “Baskin,” “The Conjuring 2,” “The Witch,” and much more. As you can see, she is no stranger to the art of movie reviews. You can follow Kim @dixiefairy on Twitter and you can follow her blog, Fairy Musings, here. 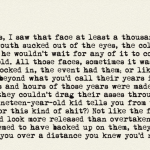 “If you went out [the wire] often, just as surely as you’d eventually find yourself in a position where survival etiquette insisted that you [dehumanize everyone but your squad], it was unavoidable that you’d find yourself almost getting killed. You expected something like that to happen, but not exactly that, not until events made things obvious for you. A close call was like [a loss of innocence]: you weren’t especially proud of it, you merely reported it to the [TOC] and then stopped talking about it, knowing in the first place that the story would go around from there, and that there wasn’t really anything to be said about it anyway. [You made your report, you may have even joked about it, laughed about it] but that didn’t stop you from thinking about it a lot, doing a lot of hideous projecting from it, forming a system of pocket metaphysics around it, getting it down to where you found yourself thinking about which kind of thing was closer: [that walk outside for a smoke to be zipped by a stray bullet, stepping inside the barracks one second before a 50 cal. round implodes the door behind you, the drive down Route Tampa and having your heart stopped and noggin rung by an IED, or the mission when every truck but one got hit, or your buddy that got hurt…better him than me, right?] Then after your Dawn Patrol fantasy would turn very ugly, events again and again not quite what you had expected , and you’d realize that nothing ever came closer to death than the death of a good friend” -Michael Herr, Dispatches [with my own injected story].