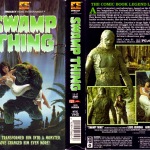 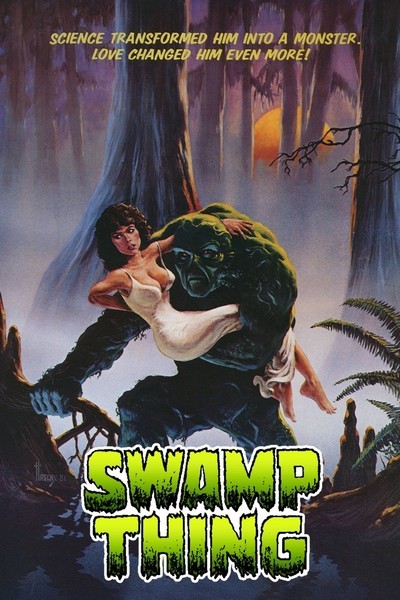 One of the great joys of being a cinephile is that moment when an entertaining film quietly emerges as a great one.  In Wes Craven’s 1982 cinematic adaptation of the classic DC comic Swamp Thing,  that moment occurs about a half an hour into the proceedings.  More on that in a moment.  END_OF_DOCUMENT_TOKEN_TO_BE_REPLACED

There is just something about Dwight Frye as Renfield.. 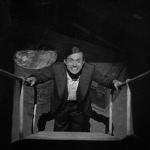 Before I say anything about this topic of Renfield and Dwight Frye, I want to show you a short clip from Tod Browning’s Dracula (1931):

Admittedly, my first screening of Dracula (1931) was only a few short months ago. There is no explanation or excuse for this, except to say that in my youth, the classics paid little interest for me. I was too busy enjoying the classics of my own generation. These, according to my own worldview, were the new pillars of horror, 80’s and 90’s classics such as: Friday the 13th, Halloween, Nightmare on Elm Street, and demonic flicks like Hellraiser and Demon Night. George Romero flicks were popular as well when I was growing up, or at least with me they were always popular!! Honestly, looking back, I’m not sure I would have appreciated these black and white originators of terror. It takes a certain amount of patience to sit through a movie of images and dialogue, without much action involved. Patience, you can say, developed through age. So I’m not entirely sure if I should be happy or a little worried that I’ve reached that pinnacle of maturity? Nevertheless — let age come as it may — within the last five years I have been digesting the TRUE classics of horror, going back to the old silent greats, such: Phantom of the Opera with Lon Chaney Sr., and The Cat and the Canary (1939) with the ever enchanting Paulette Goddard, The Hands of Orlac (1924) with the haunting Conrad Veidt, and even the curious film Dr. Jekyll and Mr. Hyde (1920). Just to name a few. In 2014 alone, I’ve seemed to digest more of the old greats than at any other point in my horror film fanatic career. When I watched the Wolfman (1941) with Lon Chaney Jr. at the helm, I fell absolutely head-over-heels. Chaney Jr. played such a pitiful role, you really began to feel sorry for the man. But the conversations and the way people used to speak with one another calls to that nostalgic reminiscence of “those were the days,” even if we never even lived in “those days!”

This brings me to my discussion with you here today. During my first screening of Dracula (1931) my mood was abuzz with an-tic-i—-pation (think Dr. Frank-n-Furter). Watching Bela Lugosi dawn the cape and cowl for his signature role was mesmerizing. The man didn’t say much, but his — whats the right word — presence (that’s the one!) was strong. And while I love Tod Browning’s style of Dracula and the images he used to bring the character to life, or un-life, so to speak, there was just something about Dwight Frye as Renfield that was more powerful, more terrifying than Dracula himself. Lugosi as Dracula, though amazing, was still played as a borderline caricature, instead of a character. Frye shinned as Renfield because he was a character actor in its truest sense. If you’ve watched the clip above, then you know what I’m talking about. There are so many scenes, such as this one, in which you really feel the madness Renfield internalizes. He’s almost funny, in that awful, gut wrenching, maniac kind of way. The best kinds of horror that delve into madness usually — always — borderline comedy. Consider Stanley Kubrick’s masterpiece, Dr. Strangelove: or how I stopped worrying and learned to love the bomb (1964) as one of the best examples of the nature and influence of “dark-humor” and how off-putting it is. Dr. Strangelove was not a horror movie per-say, but its subject matter and delivery were apocalyptic nonetheless.

Dwight Frye as Renfield is just one of those instances where the minor supporting character out performed the main protagonist or antagonist, depending on how you look at it. Lugosi as Dracula was a noteworthy performance. Hell, Dracula was Lugosi’s signature role — he was buried in the damn costume for crying out loud!! He was — is — Dracula. I’m not trying to take anything away from that. I’m just saying, for me, Dwight Frye as Renfield was more frightening. He was more convincing. One moment he was sane and rational. And the next…a complete raving lunatic who still thought and rationalized in his new normality. Interestingly enough, Frye went on to play Fritz in Frankenstein (1931) later in the same year he played as Renfield. He also went on to play in other horror classics, such as: The Vampire Bat (1933), The Circus Queen Murder (1933) and, of course, Bride of Frankenstein (1935). Despite being such an amazing actor, in my opinion at least, Dwight Frye would not succeed as the main star for any of his later films. Authors of his biography, Gregory William Mank and James Coughlin, said it best in Dwight Frye’s Last Laugh: An Authorized Biography, stating:

“The black magic of Universal had seemingly thrown a curse on Dwight Frye … The actor who so desperately wanted to act a variety of roles was suddenly typed as a ghoul; more personally and ironically, a Christian Scientist with a deep sense of religion found himself linked with movies blazing with the occult, blasphemy and the supernatural” (111).