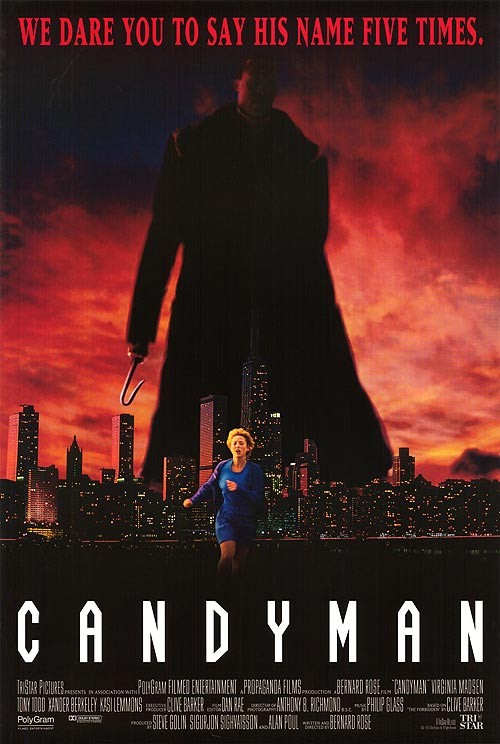 As it happens, I haven’t watched it again since and so in doing this review decided to pick it up in super shiny Blu ray so I could see if it was still as scary the second time around.  END_OF_DOCUMENT_TOKEN_TO_BE_REPLACED

More than any month of the year, October bids us to watch more then normal amounts of horror. We dip into our collective vaults of DVD and Blu Ray frights. And of course, in the Age of Instant Streaming, we’re given the added benefit, though life-draining practice, of watching movies online through sites such as Crackle, Shutter, Netflix, Amazon, and Hulu. While these streaming proprietors may in fact be digital vampires, ghost in the machine hypnotists singing sweet lullabies, tempting us to sit hour after hour, binging on our most favorite shows and movies, we cannot deny the often overwhelming selection they provide. Netflix has stumbled a bit in horror selections in recent years, though you can still find a good amount of classic picks.  I’m not a member of Shutter, so I cannot make any kind of comment of their selections. Nor do I watch anything on Amazon. I’m a fan of the cheap, and when it comes to more bang for your buck, both Netflix and Hulu are worthwhile choices for those looking to get away from the endless money pit of cable and dish networks. Its interesting how easy it is to find a best of list on both Netflix and even YouTube, journeymen and women who’ve done the leg work to provide a collective list of top tens or so for us to dabble our curious appetites. However, I haven’t seen many Hulu lists, and I find that strange. Why? Have you been on the horror genre list on Hulu, have you seen? Well…allow me to say, Hulu boasts the largest/cheapest collection of horror movies that would satisfy any deranged loon. The only drawback is that there are TONS of horror movies to pick from. Thus brings us to the point. We need a list. We need a Hulu Horror List. Here, you’ll find not the BEST OF; rather, my own personal picks from Hulu’s dark and endless vault. Enjoy!

Lord of Illusions (1995): Based on a Clive Barker short story, Private eye Harry D’Amour (Scott Bakula) travels to Los Angeles and meets with a new client, Dorothea Swann (Famke Janssen). Swann reveals that she and her husband — famed magician Philip Swann (Kevin J. O’Connor) — have been targeted by a religious cult experimenting with reincarnation. After Philip dies on stage in the midst of a dangerous trick, D’Amour must struggle to protect Dorothea from the ruthless cult members and their newly reanimated religious leader, Nix (Daniel Von Bargen).

Hellraiser I & II (1987, 1988): These picks are conjoined because they’re perfect watching back to back. Part II picks up not long after the traumatic events from the first flick, continuing the misadventures of would-be twenty-something Kirsty Cotton verses Pinhead and his leather bound Cenobites. If you haven’t indulged in these of Barker’s darker imaginings, please do. It’ll make a great choice among any Halloween marathon listing. Forever classic and haunting.

Motel Hell (1980): No list is complete without some gore-heavy satire! Motel Hell is about a brother sister duo, Vincent Smith (Rory Calhoun) and his sister Ida (Nancy Parsons), who run a rural hotel, but they earn most of their cash operating a food stand that specializes in world-famous sausages. After years of success, however, the duo’s upstanding brother, Sheriff Bruce (Paul Linke), eventually discovers the grotesque details of his siblings’ booming business: Vincent and Ida are actually plumping up their hotel patrons, killing and dismembering them and then grinding them into frankfurters.

Cannibal Holocaust (1979): While you’re out watching The Green Inferno, be sure to check out this original masterpiece of fright. Cannibal Holocaust was one of the first steady-cam mockumentaries/found-footage flicks. An American professor flies down into the Green Inferno, to discover the fate of a group of documentary crew. And he found them alright, what was left anyhow. He also found what remained of their footage. Upon his return, the professor watches the grisly footage. Cannibal Holocaust is a fantastic film. Old but still gritty and gruesome, even by today’s standards.

ATTACK OF THE KILLER TOMATOES (1978): If you haven’t seen this one, you probably never will. Pure science-fiction satire, spoof, low-budget flick about over-sized killer tomatoes that go on a rampage killing people…yup.

Candyman (1992): There sure seem to be a lot of Clive Barker based flicks on this list…what does that say about me??? Whatever! Candyman is a classic mythology story about resurgence and racism. Skeptical graduate student Helen Lyle (Virginia Madsen) befriends Anne-Marie McCoy (Vanessa Williams) while researching superstitions in a housing project on Chicago’s Near North Side. From Anne-Marie, Helen learns about the Candyman (Tony Todd), a knife-wielding figure of urban legend that some of her neighbors believe to be responsible for a recent murder. After a mysterious man matching the Candyman’s description begins stalking her, Helen comes to fear that the legend may be all too real.

The Thaw (2009): Not the best among Hulu’s options, but certainly a decent flick. I think the reason why I watched it and included it on my list is that the movie reminded me a lot of the classic X-Files episode from season 1, code named “Ice,” when Mulder and Skully are sent to investigate when a team of geophysicists stationed at a remote Alaskan outpost are killed by a parasitic alien life form. In The Thaw, ecology students discover a prehistoric parasite that has been released from the melting polar ice cap threatens the safety of the world. Again, you may find the acting to be a bit sub-par, but the premise and story is, I thought, pretty creepy.

Cannibal Ferox (1981): Jesus…what’s wrong with me? My list seems to be full of Barker flicks and cannibal films…I think I may need professional help. Until then, if you’re collecting a list of gruesome grind house type movies to add to your Halloween month list, you may want to consider Cannibal Ferox. There isnt much to plot here, just gore, and lots and lots and lots of it. The basic premise is this, a cocaine dealer and an anthropology student fall victim to cannibalistic Colombian natives…boom…there you go, but don’t say I didn’t warn you!

Scanners (1981): Okay…finally, a Cronenberg film! Here you’ll find men and women born with incredible telepathic and telekinetic powers. There are many who exercise the benefits of their special gifts in a safe and judicious manner. However, there is a group of renegade scanners who plan to create a race that will rule the world. If anything, you need to watch this movie for a very infamous scene and nod towards practical effects. Its great! You’ll know it when you see it…

The Beyond (1981): If you haven’t seen this one, you need to. Its a mesmerizing gem that at first feels kinda lack-luster, right? But as the film progresses, so does the bizarre. Its a fantastic journey and somewhat artistic film by famed Italian director Lucio Fulci…and yup, he put zombies in there too!

Demons (1985): A group of people are trapped in a large movie theater in West Berlin that is infected by ravenous demons who proceed to kill and posses the humans one-by-one, thereby multiplying their numbers…..enough said!

Pieces (1982): In this violent and gut-wrenchingly gory flick, set in a Boston university, the story centers on a crazed meat cleaver killer who hacks up hapless women in the hopes of building his dream girl. A throwback to the 70s savage cinema era. If you can stomach this one, you might want to add it to your list, along side every other cannibal flick I’ve mentioned. You can book your therapist after.

Intruder (1989): Nearing the end of the Slasher Age comes a grisly picture, a claustrophobic thriller set entirely in a small supermarket, whose owner is preparing to go out of business. This doesn’t sit too well with one of the staff members, who busily butchers the night crew using the tools of the trade (hooks, axes, knives, power tools, and so on). A fantastic gore and practical effect based horror tune that even cameos Sam & Ted Raimi and the man, the legend, Bruce Campbell!!!

Well, there you have it folks. Not a top pick, but a solid pick from among Hulu’s endless treasure trove of horror. If you have the time, be sure to check out some others on their site. Lots to pick, lots of golden B-flicks as well, and even more classic ones, including: Evil Dead, Night of the Living Dead, Day of the Dead, Cronos, Carnival of Souls, The Innkeepers, The Brood, and so many more!!