Now Coming to You in Atomic Soundwaves from Space! 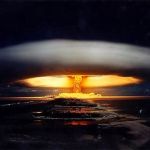 I got my first taste in publishing when I was in high school. Some short story of which I have long since forgotten the title for and have long since misplaced the letter of authentication. Given my moody teenagerism, it was probably something dark and depressing. It would be another 15 years before I’d publish again. In 2014, I put out my second short story, Hobo, and followed it closely with Are You Hungry, Dear?, and then released my first novel, Reinheit. In that very short span of time, I’ve been able to launch 4 more novels in a continuing series called The Subdue Series (Dwelling, Emerging, Conceiving, and Converging), 2 solo shorts, contributed to 7 published anthologies (the 8th to be published later this year), including a serial short story exclusive to the 13: An Anthology of Horror and Dark Fiction series, my first collection called The Hobbsburg Horror, AND 2 novellas,  Lanmò and Feast.  That’s what? Some 20 published works, most of which are shorts. I’d say I was simply prolific, but I know more authors that do way more than my meager sum.

No, the aim (for me) cannot be about out producing the competition. I’d go nuts trying to keep up. What I can aim to do is provide quality entertainment in the vein of horrifying reads. I want to tell stories, plain and simple. I don’t want to out do anyone. I want to tell tales and get them out there to be read. Easy enough, right? What’s interesting, in this current era we find ourselves, is the constant development of technology that allows schmoes like me to publish our works. Amazon wasn’t around when I was a grump moody teenager. Self publishing was unaffordable. And traditional publishing took knowing someone who knew someone who knew someone. If you didn’t have that connection to your father’s brother’s uncle’s cousin’s former roommate, you were SOL. And the BIG 5? Forgetaboutit.

But now? Man, the entire system has expanded exponentially. With the development of eBooks (and its popularity) which later gave rise to print on demand (I use CreateSpace), publishing became insignificant. Not to belittle it, just that anyone can and many do. In fact, its not uncommon to stroll into a cyber writers group and read at least a dozen complaints about how saturated the market is. Its a favorite word to toss around that makes you sound more knowledgeable than what you really are. Saturated. Saturated. Saturated. Martha. Martha. Martha. And its true, the market IS super saturated. Personally though, I don’t think that’s such a bad thing. Now readers have more of what they want. They have options outside of what they thought they could only get from the BIG 5.

But there’s a trick.

You cannot just put something out there and expect readers to flock to you. That’s just insane. Unless you have a known name, readers are not going to flock to you. Connections help; making connections is even better. What I’ve found most appealing with how this publishing world has evolved is how much of a community it has become. Embrace it. There will be some who try to take advantage. Don’t let a few turds keep you from making lasting connections. If people are willing to not only share your stuff, but also interact and maybe even give advise, those are the connections worth holding on to.

Experimenting with marketing can lead to surprising results. Ever heard the phrase, “Put your money were your mouth is?” The same applies to marketing your wares. I think “nut up or shut up” also applies, but its a tad cruder to tell your 80 year old grandma who wants to self-pub her book of recipes. In lieu, sometimes you gotta take a risk. Just don’t bet the farm. Play it smart, ask and listen to those connections, share what has worked or hasn’t worked. A word to the wise, among small press folk, BookBub is a known book promoter that lives by the slogan, money well spent.

Above all this noise, the most important thing publishing schmoes can do is keep writing, keep publishing, keep moving forward. And if you want those quality stories to reach more readers, you need to be willing to adapt to new technology. Last year, I was introduced to a little thing called Audiobooks. This is not new, per say. The spirit of audiobooks has been around a long time, back in the land before TVs and cable networks. Audio entertainment is not a new idea, but the tech behind it has come a long way since The Shadow and Little Orphan Annie broadcasted to delighted listeners gathered around a cherry red cabinet Philco radio. Cassette tapes came, followed by CDs. Nowadays, we’ve got digital recordings. At first, it was new and I didn’t want anything to do with it. I turned my nose up at it. But then Audiobook Creation Exchange (ACX) made everything so bloody simple its almost scary. I jumped in and released 4 titles on ACX last year and have released 2 titles thus far in 2017.

The idea here isn’t that your putting out even more stories (though you ought to be working on that). The idea is to use the technology available in order to put your work on as many platforms as possible so you can reach readers on the format that suits them best. And you’d be surprised. Audio is a expanding market for books. And the more this tech develops, the more affordable it becomes. Readers are now listeners, tuning in while driving to or from work or school. City and urban consumers plugged into YOUR book from their phones or tablets while they ride the train or bus or even airplane. Times are a-changing, but that’s not necessarily a bad thing unless we let it, right? 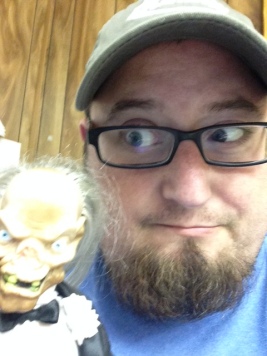 Thomas S. Flowers is known for his character-driven stories of dark fiction ranging from Shakespearean gore feasts to paranormal thrillers. Residing in the swamps of Houston, Texas, with his wife and daughter, his debut novel, Reinheit, was published with Shadow Work Publishing, along with The Incredible Zilch Von Whitstein, Apocalypse Meow, Lanmò, The Hobbsburg Horror, and FEAST. His veteran focused paranormal thriller series, The Subdue Series, including Dwelling, Emerging, Conceiving, and Converging, are published with Limitless Publishing, LLC. In 2008, he was honorably discharged from the U.S. Army where he served three tours in Operation Iraqi Freedom. In 2014, Thomas graduated from University of Houston-Clear Lake with a Bachelors in History. He blogs at machinemean[dot]org, where he reviews movies and books and hosts a gambit of guest writers who discuss a wide range of strange yet oddly related topics. You can follow Thomas by joining his author newsletter at http://goo.gl/2CozdE.

Now Available for YOUR earbuds!!! 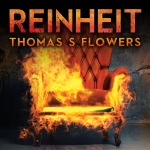 Greetings folks! I am very pleased to announce that Reinheit has FINALLY finished production as an audible book on Amazon’s Audible audiobook site. It is signed up under Whispernet so those who’ve purchased the eBook can download the audible for $1.99. Regular price is $19.95. I hate how the audible price is so high, most of the reason why its so high is because a lot goes into producing audible files, tech, actors, scripts, etc etc. And Reinheit clocks in right at 7 hours. That being said, there are a few options for those who’d like to download the audible version of the book for cheap. Let’s face facts here, we ALL love cheap. Here are YOUR options…

There are some options. If you’re looking to spend nothing, options 1 and 3 are viable. Though, I’m not certain if you lose the audible book when your 30-day free membership is over. Best bet is to sign up for the newsletter and receive a free download code for the audible book. If you want to spend something just not the entire enchilada, option 2 would be your best bet, especially if you purchase the eBook version of Reinheit tomorrow when the Spring Sale kicks off. Or if you have zero issues spending about $20 bucks on a high-quality audiobook, option 4 is the one for you. 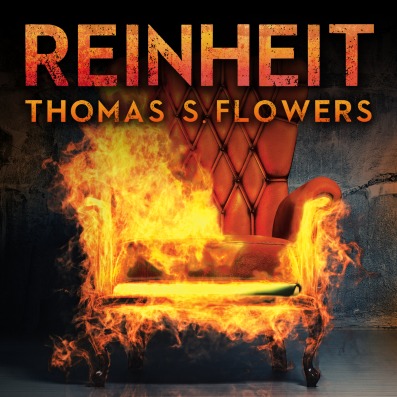 Rebecca Moss never questioned the purchase of the strange, seductive armchair. She wanted to please Frank. But the armchair has a dark purpose. Nazi officer Major Eric Schröder believed fervently in Hitler’s vision of purity. Now the chair has passed to Frank, an abusive thug who has his own twisted understanding of patriotism. There are those who want to destroy the armchair, to end its curse. But can the armchair be stopped before it completes its work?

OR get YOUR free download code and join our newsletter! 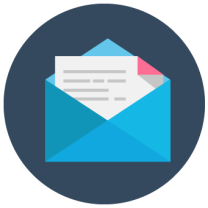