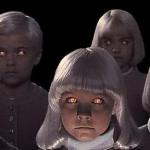 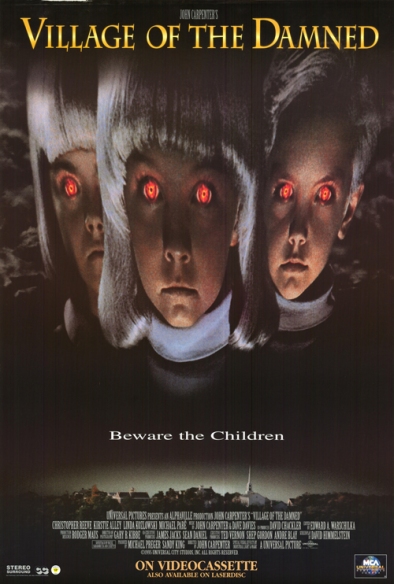 Feind’s Review (ish): Spoilers Ahead, DUH! This review is going to be difficult to get through without making too many Christopher Reeve jokes but I’ll try to let it stand on its own two feet… shit… so it begins! Thankfully there isn’t a horse riding scene or I’d never be able to get through it! So this review is on the 1995 remake by living legend John Carpenter but I would highly recommend you check out the 1960 original film since, while dated, is an excellent film. I would say check out the book by John Wyndham also but that would be advice to myself since I haven’t read it either. Speaking of ‘50s & ‘60s sci-fi horror I also highly recommend the 1953 film Invaders From Mars (there was a remake in 1986 but I like the original better) which is in a similar vein as Village of the Damned but I suppose I should get on with it.  END_OF_DOCUMENT_TOKEN_TO_BE_REPLACED 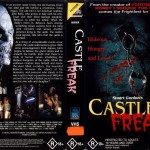 Today’s offering borderlines what we’d define as a “creature feature.” The monster isn’t some radiated beast nor is it (he) cosmic or multidimensional. Castle Freak is without a shadow of a doubt human. Not subhuman nor extraordinary. He’s not unkillable (such as Jason or Freddy) or super strong. But I wouldn’t categorize Castle Freak as a slasher or serial killer or mass murderer either. In fact, when researching some info on Castle Freak I was shocked to find that it was labeled as a mystery slasher film. I think perhaps that’s because the people doing the “labeling” didn’t understand what it was they were looking at. The “monster” in Castle Freak isn’t out for revenge or to score a high kill count, in fact, there’s not a heck of a lot of death in this movie, not if it were indeed a slasher flick. No. Castle Freak isn’t a slasher, its a creature feature, and I’ll tell you why…  END_OF_DOCUMENT_TOKEN_TO_BE_REPLACED