As we enter into the sophomore era of the Information Age, which began its infantilism back in the 1970s and slowly grew, finally exploding in the early 2000’s, ushering humanity into a new echelon, what is commonly referred to as the New Media Age, it has become incredibly easy to get lost in the heartbreak and horror the world has to offer. Be it a mass shooting at a nightclub. The murder of children. A flood destroying an entire town. And probably the worst, the constant flow of personal opinion and prejudiced. Its easy to get lost in all the chatter. In all the turmoil. These were my thoughts while I was screening Universal’s last of the slap-stick dynamite comedic duo, Abbott and Costello Meet the Mummy. My own fears of where our country is going politically, why it seems no one is willing to meet on solid ground, and contemplating when the death moderates and compromise happened. To tell you the truth, I’m not a huuuge fan of the A&C act. Sure, I love the historic quality of vaudeville. I used to watch The Three Stooges religiously. And Charlie Chaplin…well, a legend, to be sure. But my mood wasn’t willing. It took some struggle to throw in the DVD instead of watching something else a little more nihilistic. I believed it would be boring. I’m glad to have been wrong. As soon was the film started, with that over-the-top circus performance, and Bud and Lou came on screen wearing those ridiculous safari hats, looking more like Dark Helmet, my disposition softened. My fears abated, at least for the time being. Sure, the movie played out way longer than needed. The plot, if there was one, could have been finished within 45 mins, and that’s being generous. Regardless, it was fun and lighthearted and perhaps that’s something we all need more of in our lives. Not to forget or ignore the tragedy, but to cope, to put things back in perspective. Anyhow, I shall delay no longer. We have a very special guest with us today, co-host of The Last Knock, Jon Weidler.

Abbott and Costello Meet the Mummy (1955)

My experience with the comedic oeuvre of Bud Abbott and Lou Costello is very limited; in fact, the closest I had ever gotten to experiencing their routines were the impersonations done by the comedians of the UK incarnation of “Whose Line is it Anyway?” and descendants of the duo riffing on the “who’s on first” routine. I watched “The Three Stooges” as a child, and found humor in their brand of easily-accessible, over-the-top slapstick – Abbott and Costello simply eluded my radar. Even in the VHS era, when Universal was reissuing all of their classic monsters in fancy new packaging, Abbott & Costello seemed to have a lower profile than the more straightforward horror efforts (for what it’s worth, though, Amazon is still selling new VHS tapes of A & C’s various cinematic adventures).

In any case: my crash course in their brand of black-and-white comedy-horror begins with Abbott and Costello Meet the Mummy.

The second-to-last collaboration of the duo, the film comes late in the Universal Monsters cycle, and it shows (for a bit of perspective, Hammer would debut their own stylish, serious-minded, and colorized incarnation of The Mummy 4 years later): the production values have a stripped-down quality that conveys studio disinterest, the screenplay alternates between our bumbling buffoons and stilted scenes of dull exposition, and the synthesis of the comedic and horrific elements is lackluster at best.

I have conflicted feelings toward the ensembles of successful film series (comedy or otherwise). For a recent example, consider the first sequel to Todd Phillips’ The Hangover, wherein the guys who laid waste (and wasted) to Vegas brought their culture-wrecking shenanigans to Bangkok. As with so many sequels, the result was an uninspired, watered-down retread of a far more endearing original, its formula poised to rake in easy box office dollars and line the pockets of its stars. Where I sympathize is in the expectations that the reprisal of such roles (and character types) instills in the actors, becoming typecast as smug douchebags (Bradley Cooper), mentally deficient man-children (Zach Galifianakis), or passive punching bags (Ed Helms). The complicity of the actors in these Xeroxed efforts is a point I sympathize far less with, especially when they know they could be doing so much more with their talents.

The same can be said for Abbott and Costello: perhaps the most successful of the comedic duos/trios of the early twentieth century, they bested their peers (The Three Stooges; Laurel and Hardy) with a presence in both television and high-profile films (indeed, they were the only comedians given access to the financially lucrative Universal Monsters vault). Their shtick subsisted on a mix of physical humor and bouts of wordplay that ostensibly appealed to a broader audience, but by the 1950s, had run its course as cinema in general moved toward Cold War-inspired horrors. Traditional monsters with a more romantic, literary sensibility gave way to everything that could be doused in radiation – for the most part, bigger didn’t equal better, but provided an evolution of the “spectacle” that filmgoers were seeking at the time.

And perhaps that is why the musty aroma of antiquity seems to permeate each frame of Abbott and Costello Meet the Mummy. I went into the film with an open mind – even a slight optimism – as the Mummy is one of my favorite monsters of all time (Christopher Lee’s rendition, especially, supplied considerable nightmare fuel for my childhood).

The film overall feels like one of those direct-to-DVD ventures wherein a top-billed “name” actor shows up for a few minutes before disappearing altogether. Despite a more pronounced presence, Abbott and Costello seem shoehorned into the plot. Our duo is wrongfully implicated in the death of Dr. Gustav Zoomer (Kurt Katch), who had recently excavated the Mummy of Klaris (Edwin Parker), who is subsequently stolen by a sect of followers to be resurrected and walk once more as their ruler…or something (extended scenes of ritual dance are involved). In the meantime, there are hijinks involving a priceless medallion belonging to Klaris, as Madame Rontru (Marie Windsor) looks to pay our bumbling pair for said medallion, and Lou crashing into closets, through walls, and stumbling into secret passageways. Some of the gags elicit polite laughter, but none are genuinely hilarious because the setup is so labored.

For example, there is a routine where Bud and Lou, upon having learned of the “death curse” of Klaris’s medallion, spend a couple minutes sneaking it to each other in a restaurant; while this sequence shines as an example of old-school comic timing, it culminates in a protracted punchline wherein Lou is left to chew on the medallion for a couple minutes, well past the point of it being funny. And while it’s interesting to see the origin of certain bits that have wormed themselves into more recent films – including a scene that precludes Macaulay Culkin’s use of a tough-talking gangster movie to intimidate the burglars in Home Alone – earlier doesn’t necessarily mean better in this case. The voice-over narration that begins the film uses a lame pun to get things rolling (“a boy’s best friend is his mummy”), and the late-occurring “pick and shovel” debate comes off as an uninspired gloss on “who’s on first?” Though, when Bud explains to Lou that “some mummies are men, some are women” to his partner’s exasperation and surprise, one can admire screenwriters Lee Loeb and John Grant for bringing LGBT awareness to light (though I’m guessing that was unintentional).

Much like our less-than-dynamic duo’s routine, the main plot also feels tired. Populated by a stiff supporting cast whose lines are uttered as though at gunpoint, the exposition-heavy dialog scenes are dull at best, and painful at worst. The main problem with the film is that it’s never creative enough to be truly interesting, and its pantsuit-wearing depiction of the Mummy as a growling, twitching – and sometimes running – beast is a far cry from the subtleties that Boris Karloff originally brought to the role. 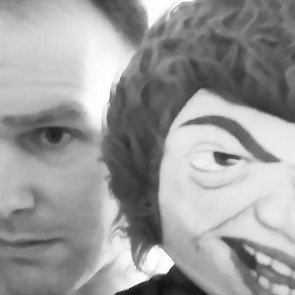 Jon Weidler works for the Commonwealth of Pennsylvania by day, but is a podcast superhero by night. He co-hosts THE LAST KNOCK horror podcast under the moniker “Jonny Numb,” and is a regular contributor to the Crash Palace Productions and Loud Green Bird websites. His archived movie reviews can be found at numbviews.livejournal.com, and his social media handle is @JonnyNumb (Twitter & Letterboxd).

To be honest, this is the first review, post, article, paper, i’ve ever written on Dr. Martin Luther King Jr. I’m sure i’ve quoted a few words from famous speeches, i’ve no doubt hash-tagged or paraphrased some portion of the man’s life, but, to date, i’ve never taken the time to really write about him. Its a shame really, in the all to brief 39 years of his life, there is so much to be said, especially during the Civil Rights era, with his involvement spanning (arguably) from 1955-1968. In just thirteen years, a man only really known for as the son of Martin Luther King Sr., would rise of the unequivocal leader of a nonviolent Negro revolution. King was a man not lacking personal accomplishments, some of which included: the peaceful march on Washington, D.C., of 250,000 people to whom he delivered his address, “l Have a Dream,” awarded five honorary degrees, named Man of the Year by Time magazine (1963), and became the youngest person ever awarded the Nobel Peace Prize (1964).

A post for nonviolent protest during the Montgomery Bus Boycott, 1955.

One of the most enduring bits of King’s history, is from his humble beginnings with the Civil Rights Movement, before it was even the Civil Rights Movement. In the “cradle of confederacy,” also known as Montgomery, Alabama, history was brewing. The Montgomery Bus Boycott was, as it seems, a “proving ground” for future nonviolent protests. Was the bus boycott intended to such proposes? No, before the boycott, no one, especially King, expected the magnitude of overwhelming participation from the people. Consider Jim Crow was in full swing, and before Rosa Parks became the Rosa Parks, she had already previously encountered the cruel and humiliating treatment of bus drivers enforcing segregated busing codes.  During one encounter, in 1943, after already paying her fair, the bus driver ordered Mrs Parks to enter the bus from the rear, instead of the front as you would typically enter a bus. Before she was able to climb on board, the driver took off. Or consider when Vernon Johns, a black pastor, “tried to get other blacks to leave a bus in protest after he was forced to give up his seat to a white man, only to have them tell him, ‘You ought to knowed better.'”

The last bit, from Vernon Johns’ testimony, really gives a clear and haunting picture for why King had feared how the bus boycott could be a failure. He feared, along with other local leaders, that the majority had accepted Jim Crow to the point of non protest and cooperation. However, much to his and his wife’s astonishment, on the morning of December 5, 1955, around six o’clock, from the privacy of their kitchen window they watched the first of many buses drive by with only a few white passengers. None of the black population were riding the buses. It was here when the King’s first witnessed unanimous mass noncooperation with the how African Americans were being treated on the buses. After a quick drive around town, King estimated around 99% participation; he had previously assumed (or prayed for, more actually) at least a 60% participation. And what began as a single day of protest, in the wave of mass participation, turned into a year long struggle. On November 13, 1956, “the U.S. Supreme Court upheld the federal court’s ruling, declaring segregation on buses unconstitutional. The Montgomery Bus Boycott was officially over.”