Synopsis: “Shortly after delivering a patient to an understaffed hospital, a police officer experiences strange and violent occurrences seemingly linked to a group of mysterious hooded figures” -IMDb.

Close your eyes for a moment. It’s okay. Trust me on this. Just shut your eyes. Now, envision tentacles. I know. Weird, right? But for a few seconds, allow yourself to think about tentacles.

Okay. Open your eyes. [I’m guessing you already did since you’re reading this.]

Where did your mind go after your initial visualization of tentacles? See, those horrific protuberances used to bring to mind nothing but octopi. Squid. Strange monsters of the deep. That’s not always the case anymore. 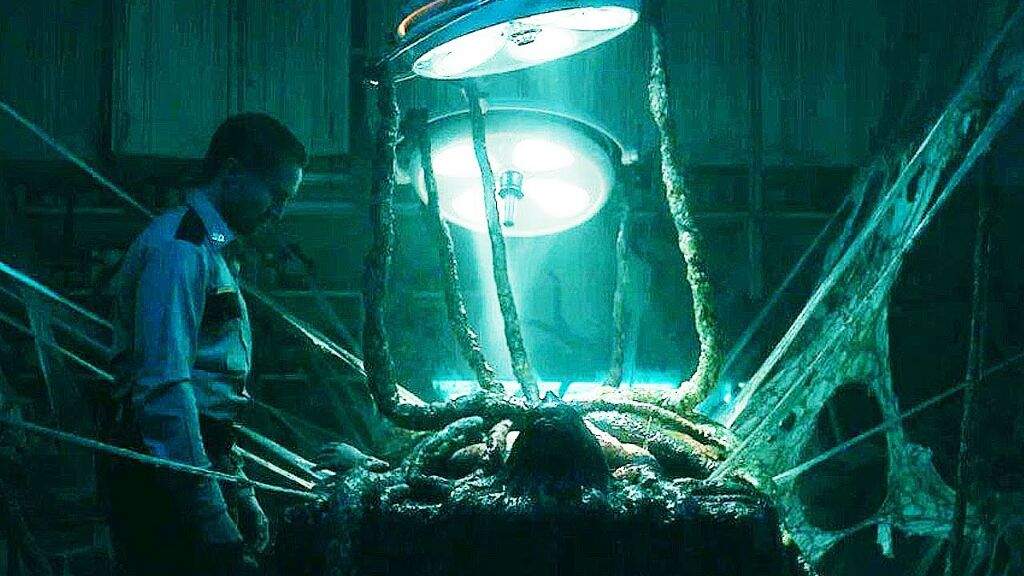 Tentacles have somehow become the universal symbol of otherworldly terror, horror from another dimension. The stars align, the sky tears itself apart, and through the roiling nothing come those long, slimy pseudo-arms, ready to snatch you into the maddening darkness.

The Void, the 2016 film from Steven Kostanski and Jeremy Gillespie, has lots of tentacles. They burst out of a dead woman. They drill themselves into a man’s eye sockets. It’s nasty. For some films, that would be enough. But The Void takes everything you expect from a cosmic horror movie and cranks it up to an almost unbearable level.

The monstrous tentacles, while an important element of the film, are not the only mythic element on display. Practically anything you would want in a pseudo-Lovecraft movie is here.

Cultists, clad from head to toe in white sheets, with no identifying mark but a black triangle in the middle of their faces.

Sacred geometry infuses The Void. Triangles and circles, smashed together into patterns that make the brain woozy.

Blood. Oh, there’s so much blood. And goop! Gallons of slime ooze through this film. There are monsters, reanimated corpses, and fire axes slicing through bubbling flesh.

But dismissing The Void as a late-night gross-out movie would be a tremendous disservice. The film proves that you can take familiar aspects of different stories and place them together without feeling derivative. You may recognize some of The Void’s influences, but it is a haunting experience on its own.

There are shades of old mad scientist stories here. Instead of a creaky lab in the bowels of a castle, the doctor in The Void works in a hospital. He has everything he needs to defeat death at his fingertips, except for one thing: a little help from the beyond. 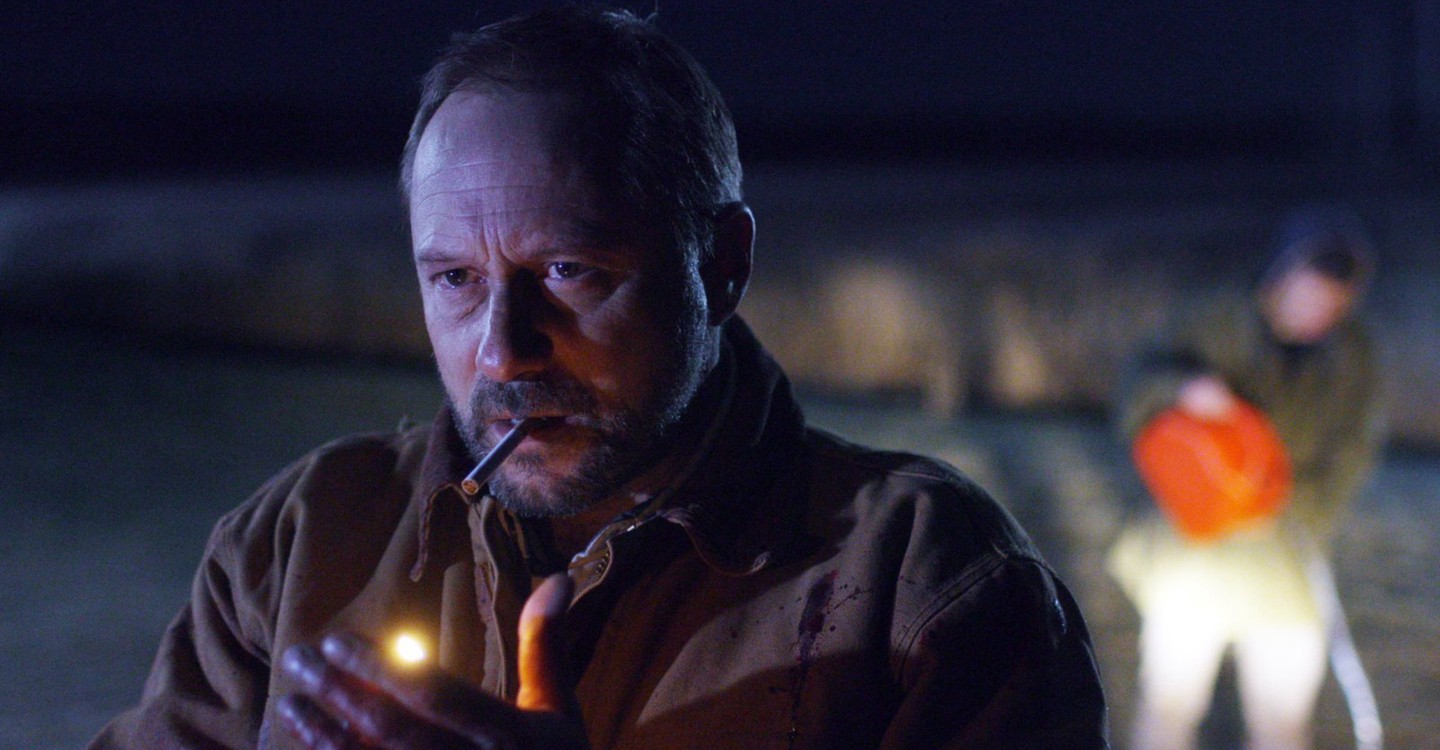 As the triangle-adorned cultists surround the virtually abandoned hospital, there is a bloodbath happening inside. No one can leave. Monsters prowl the corridors. The basement is an abattoir. And above the building, the night sky is starting to break.

All of these ideas are presented with incredible panache by Kostanski and Gillespie. The Void has a unique visual style, a weird juxtaposition of soft, welcoming lighting with horrific practical effects. It’s like a Thomas Kinkade painting of an autopsy.

The Void owes as much to the Cthulhu Mythos as it does to the works of Lucio Fulci. It is a visual representation of Lovecraft’s high-falutin’ language combined with the over-the-top gore of Italian horror movies of the 80s. Those two seemingly disparate horror factions are beautifully blended in The Void.

As gorgeous as it is, The Void revels in Grand Guignol violence. It is scary. It is disturbing. The Void will resonate in your brain long after the final credits have rolled past your eyes. Perhaps, like me, you will think of it whenever you see thunderheads gathering in the night sky.

Let’s make this plain: I love this movie. It was one of my favorites of 2016. Yet, I feel that it is still underrated, not seen by enough people. The Void isn’t even waiting for rediscovery. It needs more eyes on it, more first-time viewers.

If you or a loved one are interested in any of those terms, then you may be eligible to get sucked into The Void. 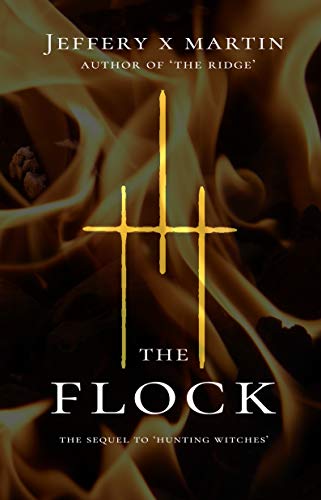