Its almost that ‘most wonderful time of the year’’, folks. No, no the commercially driven saccharine drenched credit indebted mutant known as Christmas. I am referring to a day which is special to me on one count and also to horror fans on two counts. I’m talking about Halloween of course, the day when 46 years ago, I made my debut appearance in this cosmic play we call ‘life’, a day celebrated by people of a darker nature and, last but by no means least, the night that John Carpenter brought Michael Myers home.

Those of you familiar with me and my work will know that JC (Carpenter, not Jesus Christ) holds an exalted place in my own Hall of Heroes and thanks must go to Tommy Flowers for allowing me to tackle one of his works. It’s a work I’m ambivalent about but sod it, let’s do this anyway

‘Prince of Darkness,’ in my eyes, marks a transitional phase in Carpenter’s oeuvre. After the box office failure of the seminal ‘The Thing’, and the lukewarm responses to ‘Christine’ and ‘Big Trouble In Little China’, Prince should have been the film the film to catapult our hero back to the top of his game. It’s cerebral mix of quantum physics and religion, a solid cast featuring two ‘Little China alumni and a psychopathic Alice Cooper and the eeriness of the ‘future flashbacks scenes certainly put Prince ahead of the derivative and dull dross being peddled as horror during the late 80s.

Carpenter himself wanted a film that was ‘’atmospheric and dreadful’ Whilst atmospheric, Prince lacks that mixture of cocksure confidence and empathy with his target audience that were the Carpenter trademark prior to this film.

The story itself is imaginative, weaving elements from the late great British sci-fi master Nigel Kneale, religion and modern day science trying to combat a threat far beyond the scope of our knowledge. Professor Howard Birack (recognisable as Egg Shen from Big Trouble in Little China) a quantum physicist, is invited with a group of his students to a monastery belonging to the Brotherhood of Sleep to study a huge cylinder filled with a green goo that seems to have a mind of its own. Texts found near the cylinder describe the slime as the embodiment of Satan himself, an interesting take on the Old Horned One.

Inevitably the liquid is found to be sentient and escapes possessing anyone who comes into contact with it and turning them into homicidal killers. Egg Shen (sorry, Professor Birak) and priest Donald Pleasance (playing a more restrained hybrid of his previous Carpenter roles of Loomis and the President come up with an alternative hypothesis Sor the Goo Of Satan: that the Cosmic snot is actually the scion of an older force  ‘The Anti-God’ trapped in the world of Anti Matter.

Between the non-infected dreaming of a shadow person exiting the church and /Alice Cooper killing people off with a uni-cycle, the Anti God is unleashed and absorbed into the body of Kelly one of Birack’s students transforming her into a grotesque Satan avatar intent on summoning the Anti /god into our world.

Unfortunately, the mirror is too small making this particular thankful that the film wasn’t set in an Ikea store otherwise we’d be buggered before the beginning of the final act. However, as luck would have it, the Satan/Kelly constructs finds a larger mirror pulling through a large talon tipped red hand. Before the Older God can get through, another survivor –  Danforth – bum rushes Kelly pushing both of them through the portal. Pleasance smashes the mirror, trapping Danforth, Kelly and Anti on the other side.

With their link broken, the possessed die and Alice Copper is freed to go back to rocking out and the survivors are rescued. Being a Carpenter film doesn’t mean this is the end. Marsh, another surviving student, begins to have the ‘shadow being at the church’ nightmare, culminating with him heading towards a mirror hand outstretched presumably to give ol’ Anti another shot at our world.

Now as I said before the premise is interesting and layered with social commentary, religious  commentary, Carpenter’s sly wit and some original ideas (the dreams are actually tachyon broadcasts from the future warning the survivors to get out of Dodge and leave the cylinder the hell alone), the liquid as well as displaying intelligent life also transmits differential equations showing a higher level of intelligence than us mere mortals The cast give fine performances with Pleasance toning down the more hammy aspects of his acting and Wong (Birack) and Dennis Dun displaying the likable qualities that made the Little China characters stand out.

There are some excellent ‘Carpenteresque’ touches (the haunting choral chiming theme tune, brilliant framed shots, some steady cam) as well as some genuinely odd and unsettling moments (liquid flowing upwards before the camera pans up to the ceiling showing a gently but ominously rippling pool on the ceiling, Lisa, a Birack student sitting blank eyed typing ‘I Live’ over and over again at high speed, Cooper’s blank eyed zombie march. 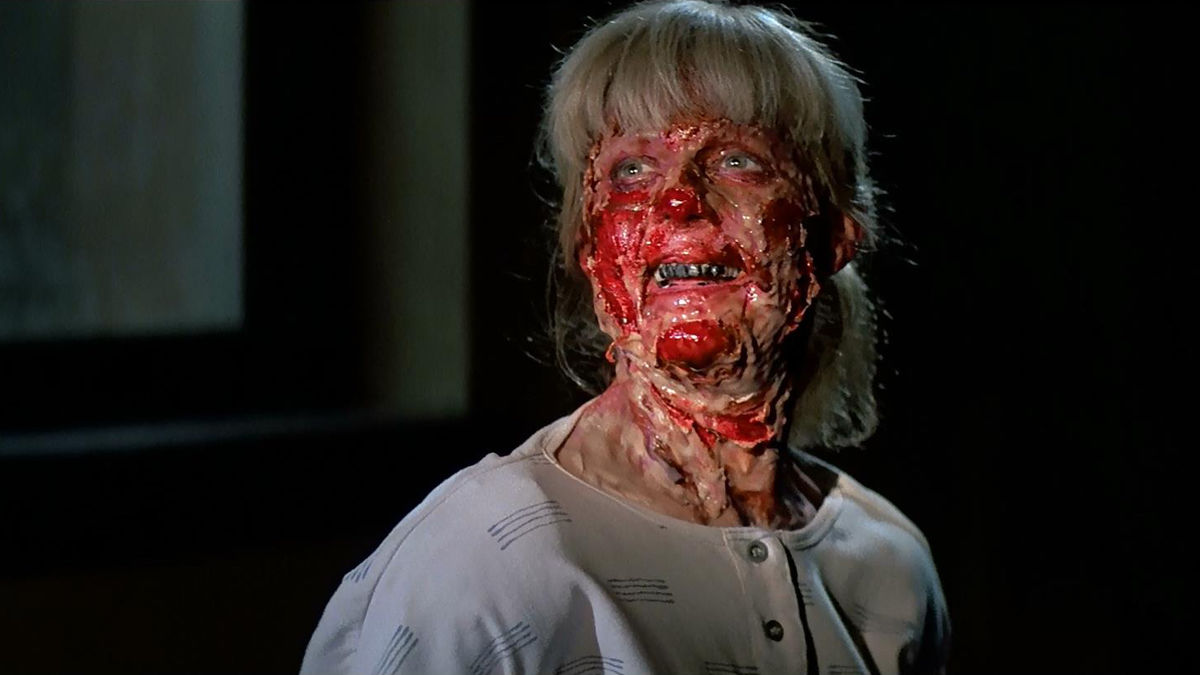 Yet for all these touches, a deft script and its billing as the second film in ‘The Apocalypse Trilogy), Prince doesn’t evoke that same sense that I get form Carpenter’s earlier films. On this second watch, there seems to be a lack of confidence and assurance that permeates the film, something that could have made the film edgier and nervier.

Its almost as if Carpenter doesn’t really believe in the material he’s working with or is reluctant to go ’all in’ as he used to. This is also the first film that doesn’t utilise the services of former collaborator Dean Cundey as cinematographer and this detracts from the film making it seem more generic horror fare. Gary B. Kibbe makes a good fist of it but his work lacks that special indefinable ‘thang’ that marks the Carpenter/Cundey era. Tellingly, Kibbe worked with Carpenter from hereon and that may well have something to do with the more lack lustre fare of Carpenter’s later works.

All in all, Prince of Darkness as a slice of atmospheric horror works well and delivers some genuine scares and thought-provoking moments and is a worthy Halloween watch. For a Carpenter nut like me, however, its just not ‘Carpenteresque’ enough and represents the beginning of a slide in quality briefly halted by ‘Vampires’ ‘They Live’ and the incomprehensible but insanely fun ‘In The Mouth of Madness. But, as ever, don’t take my word for it. Check out the Swirling Snot of Satan yourself. 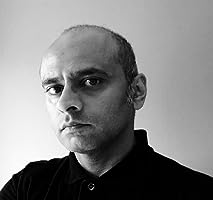 Born in the leafy peaceful surroundings of Leamington Spa, J.G Clay is the Midlands Master of The Macabre. Now in his early forties and residing in the leafier English county of Northamptonshire, Clay’s boyhood dream of bringing his unique combination of cosmic horror, dark fiction and science fiction to the masses is being realised. With the first volume of ‘The Tales of Blood And Sulphur’ under his belt, he is poised to unleash Gods, Monsters and weird events upon the world. Under Clay’s guidance, the Dark will become a little darker and Horror will go One Step Beyond.

When he is not destroying worlds, J.G likes to spend time with his family and friends, exploring the world of bass guitar, adding to his eclectic collection of music and watching as much geek TV and film as his eyes and brain will allow. He is an avid reader and a long suffering but ultimately optimistic fan of Birmingham City FC.
He hates cucumber, extremists of all stripes and colours and reality TV shows.

“If you’re a fan of horror books, or you are just getting yourself into the Halloween spirit, then you are going to be in for a real treat as Clay really knows how to tell a terrifying tale in all it’s blood and gore” – Whispering Stories Book Blog.