At first glance, The Cabin in the Woods appears to be a generic slasher. The trailer, from my initial memories of seeing the film marketed seemed to focus on just about every horror film cliche you could possibly think of. I pegged this film as a flop and only went to see it in the theaters for something to do. I had just moved to the area I currently live in and didn’t know the area or people all that well. Needless to say, my first impulse for something fun to do was to go check out one of the local theaters. The Cabin in the Woods was playing so I figured, “What the hell?” I was taken by surprise. The film is filled to the brim, overflowing in all honesty with every cliche but the spin that Goddard and Whedon put on it sunk it’s claws into me and dragged me along for a truly fun and entertaining celebration and deconstruction of the genre we are all so fond of! 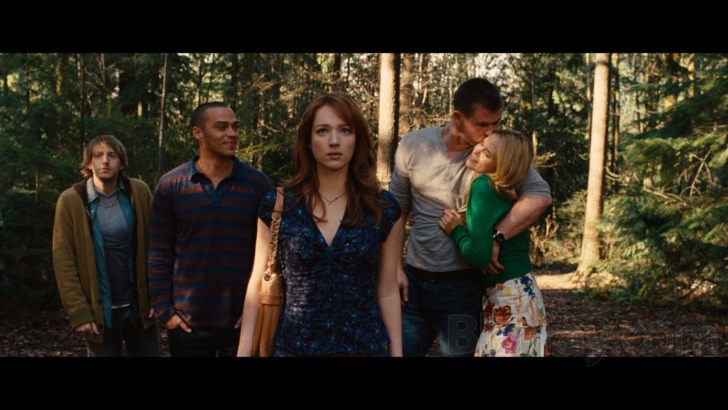 If you haven’t seen the film yet I must tell you up front you need to see this. If you can, see it completely blind of trailers. Like this year’s remake of Pet Sematary, some major spoilers appear in the trailer. Fortunately, it doesn’t give everything away but it is still best to go in without the baggage of seeing the trailer.

The film initially starts out like every horror film, a group of kids getting together to go out into the woods to spend a weekend partying. We have seen this so many times so at first you may roll your eyes and wonder what the point is. Trust me, stick with it. Even in the beginning, you can tell that the guys behind the film know exactly what they are doing and have crafted a well-told story that you will love. The less you know about this the better.

Everything from the acting to the camera work is amazing. The best part of the film though, is the writing. The characters feel real and to me, that is one of the most important aspects of any form of fiction. If a character feels real we are more compelled to follow them and we care about what is going on with them. We want to see them succeed, and, in some cases, we want to see them die. This film introduces us to some amazing characters, all of whom are smart and play essential parts of the story.

The Cabin in the Woods is Goddard’s directorial debut and I have to say that he came out of the gate swinging. Unfortunately, all films have flaws in them. Even the great classics of the genre are flawed in some way. With The Cabin in the Woods, the biggest downfall is that it really isn’t scary. Yes, it is a horror film but it plays more as a film dissecting the genre. It is a fun thrill ride but what they ended up making isn’t scary. I don’t blame the creative team for this though. 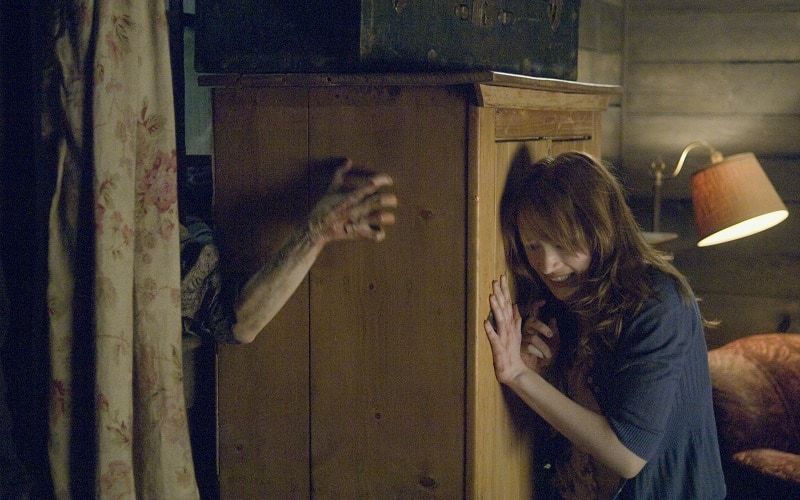 Timing is the biggest pitfall for The Cabin in the Woods. It came at the tail-end of the meta-horror craze and because of that, I find it to be more of a study on the tropes. It spoofs the genre more than pay tribute and homage to it. When it first came out, I saw it as the tribute that it is. If The Cabin in the Woods had come out ten years sooner, I believe the film would be a lot more successful. Don’t get me wrong, the film is a success, I just think that the film would have a greater appreciation from the fans of the genre.

At the end of the day, The Cabin in the Woods is a fun ride that should be seen by fans of the genre. It is a great film to throw on at any time, and I think it could be a great “gateway” horror film that we can show some non-genre fans. The film has something for just about everyone. Have you seen it? If not, you really should consider checking it out!

Happy Octoberween, everyone! And welcome to this years Fright Fest!!!