Sphere was released on February 13, 1998, which happens to be my birthday, and for a large budgeted flick it didn’t too well in the box office which is slightly baffling to me because upon watching it I thought it was a good movie. It had definite horror elements to it which pleased me and a cast of well-known stars such as Dustin Hoffman, Sharon Stone, and Samuel L. Jackson for me to berate while they proceeded to make typical horror movie mistakes. The plot was criticized for not being original but I dug it, it certainly wasn’t new territory to tread but they did a good job bringing it to life. Imagine an alien craft being discovered on the sea floor, and a group is assembled to investigate its origins and reason as to why it is there, shit goes terribly wrong and all hell breaks loose.

Aboard the alien vessel, they find a giant sphere floating above the ship’s floor, its surface looks almost like quicksilver and they note that it reflects everything around them except the crew themselves. It has no doors or any way to get inside of it (though my paranoid mind was wondering why they would even try to) they become fascinated with it and are determined to unlock its secrets. The team stay in a facility called the “Habitat” which is located near the sunken spaceship, it’s pretty swank and is supposed to keep them comfortable while they figure out just what the hell is going on with the vessel they begin to believe could be from the future, and the mysterious sphere within it begins to allow crew members a peek inside of it.

All horror fans can probably guess that shit is gonna get crazy for the crew and that’s exactly what takes place when a typhoon hits and leaves them no other choice but to stay in the “Habitat” a few extra days. An  Beyond that, I can’t reveal too much of the plot other than I can promise you mayhem when equipment failures take place, nightmares come to life, crew members start being slain, and attacks by jellyfish and giant squid leave those surviving in terror and confusion. The cosmic horror in this one comes from the unraveling truth that some unknown force is killing them off one by one and there is nowhere for them to escape to.

I think many people look back on a film like this and compare it to Event Horizon which is one of my favorite sci-fi horror movies ever made. There are similarities as far as locating a mysterious vessel in an environment the cast simply can’t walk out of, as well as the elements of personal fears becoming real, but look passed those and give Sphere a shot because it is a decent watch. The setting, the ocean floor, to me, is one of the scariest places of all because it is alien to us in the fact that it hasn’t been fully explored and who knows the deadly secrets it holds. It’s suffocating and without light, and that oppressive feeling looms over the cast of Sphere, leaving them vulnerable and helpless in the midst of battling for their lives.

Samuel L. Jackson brings his usual notes of sarcastic wisdom while Hoffman plays the almost clichéd part of Psychologist, Norman Goodman, who is kind of like the voice of reason in a situation where all reason flies out the window, until he finally begins to see the dire and unbelievable situation they are all in. With parts from Huey Lewis and Queen Latifah to build an impressive cast for such a dark sci-fi flick with a cosmic horror vibe mixed in. If you wanna feel like you’re being crushed beneath the weight of the ocean all while fighting off walking nightmares ruled by some unknown force then this one is for you!

Michelle is from Arizona. She writes alongside her twin sister, Melissa Lason. They have been dubbed The Sisters of Slaughter. They write horror, science fiction and dark fantasy. Their work has been featured in anthologies such as FRESH MEAT by Sinister Grin Press, WISHFUL THINKING by fireside press, WIDOWMAKERS a benefit anthology of dark fiction. Their novel, MAYAN BLUE, was nominated for a Bram Stoker Award. 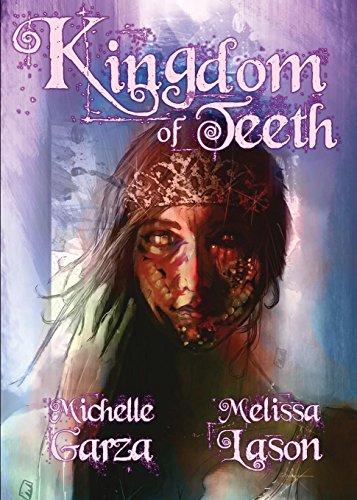 Happy Halloween, everyone! And welcome to this years Fright Fest!!!