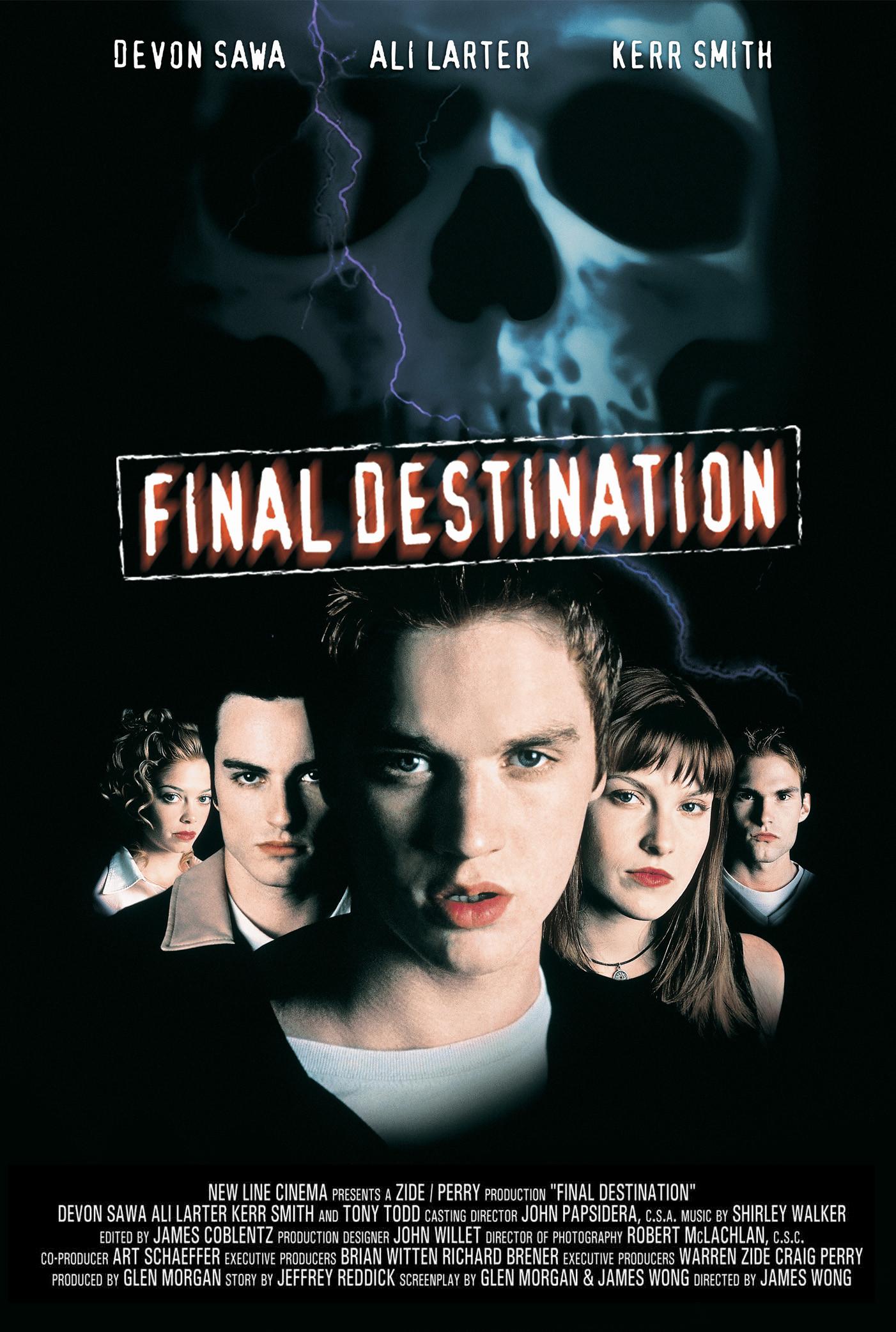 In the early 2000’s, I was bascially out of the horror scene. I wasn’t watching horror movies, and most of my reading was crime fiction – Kellerman, Leonard, Ellroy. My spare time was almost entirely absorbed by a combinaiton of internet poker and my band, Capo Jr, who I confidently predicted would be headlining Glastonbury and/or Download in a year or two. It hadn’t been a conscious choice – I wasn’t ‘off’ horror ,or anything like that – it was more just how things played out, that’s all. Neutral drift. The life thing that happens when you’re making other plans.

So, aside from going to see Freddy Vs. Jason at the cinema (something I couldn’t resist, given my childhood Elm Street obsession), I basically missed the 2000’s horror output, both cinematically and in print. Part of the reason for my ongoing Brian Keene project at Gingernuts is an attempt to reconnect with that ‘lost decade’, figure out what was going on.

I say all this to note that Final Destination is anomalous for me, in that regard; a mainstream horror movie release from 2000 that I actually saw in that decade (thanks to the bass player in my band, whose pitch of the concept intrigued me enough to buy the DVD box of the first two movies). I need to be upfront about that, because I don’t have much from the era to compare it to, and it’s entirely possible that there are some amazing movies from this era that Final Destination (FD) would not compare favourably to. I can only plead the bliss of ignorance to such charges. That said, I really do think FD is a cracking movie.

Let’s start with that concept, actually, because I think it’s one of the better ideas anyone has ever had for a horror movie, and it’s a premise with built in franchise potential; Death has a design. Our appointed hour of demise is predestined from the moment we’re born, according to a grand, unknowable plan. And then a kid catches sight of the plan, and accidentally thwarts it; he has a vision of the plane he’s onboard exploding, makes a scene, and he and a half dozen kids (and one teacher) get off the plane as a result. And then the plane explodes. 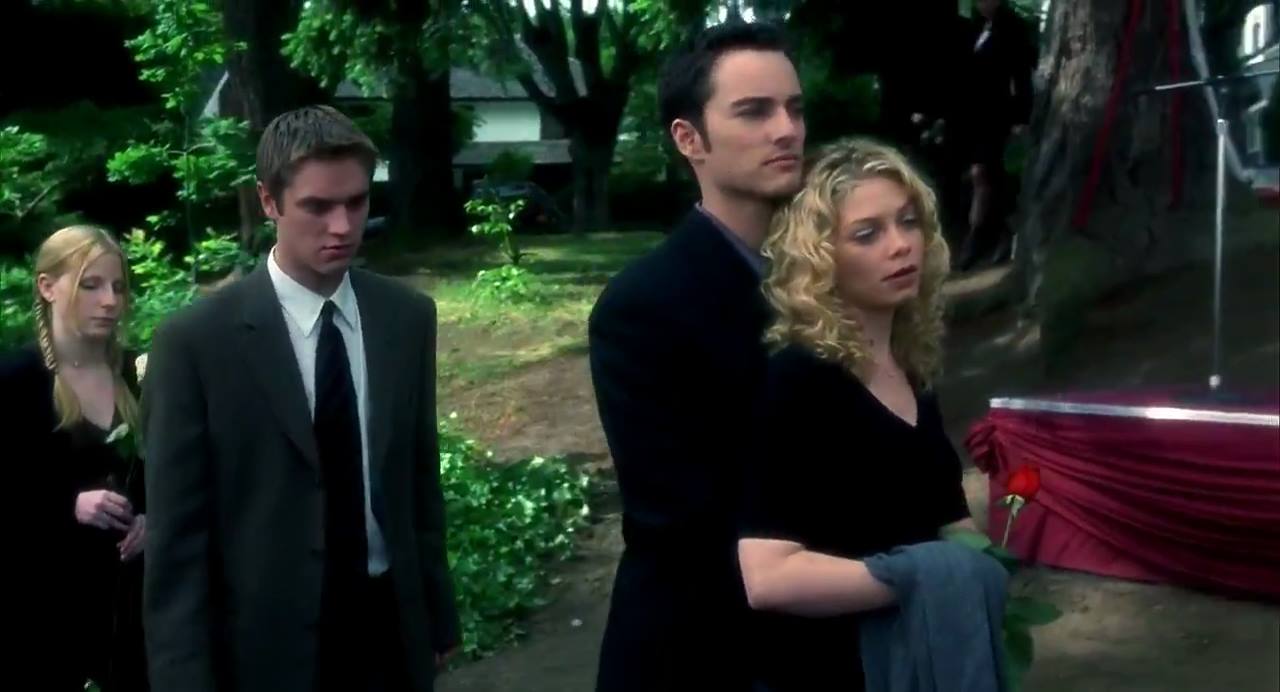 Now, I’m not as nervous a flier as my missus, but it’ll never be on my top ten list of fun activities. I like to travel in general, and I like being in new and different places… but flying, especially take off and landing, always find me plagued with a series of unhelpful images of destruction and death. It’s a function partly of a vivid imagination, I think, coupled with a fairly common control freakery that doesn’t appreciate having my life entirely and totally in the hands of engineers and pilots (humans, all, and we know about humans, don’t we, and fallibility). Behind the wheel of a car, I have at least the illusion/fantasy that my own reflexes might be enough to avoid disaster (somehow eliding the equally present truth that my human fallibilities are also at least as likely to cause disaster in the first place); in a plane, bluntly, if it’s fucked, so am I.

This makes the opening fifteen minutes of Final Destination one of the most profoundly disturbing pieces of cinema I have ever seen.

The plane explosion is rendered in excruciating detail. Sparks fly. Oxygen masks fall. Holes appear in the side of the plane, and people are sucked out through them, still strapped in their seats. Finally, fire fills the entire cabin, rolling over the passengers. Our hero’s face is engulfed in flames, and begins to melt.

These big set pieces are a signature of the franchise at this point; a brilliantly shot, effects laden sequence of disaster that set up the entire narrative. It’s a smart decision, because it front loads the movies with a spectacular, heart pumping scene that puts the viewer on the edge of their seat (or in my case, with the plane crash, whimpering behind a pillow). It’s sadistic, too, really lingering on the abject terror and powerlessness of the situation with a gleeful joy that perhaps only horror fans and creators can really appreciate. The first fifteen minutes of FD want to make you never get on a plane again.

The sadism of the way the scene is shot does also uncover a deeper philosophical core to the movie though, which is the notion that Death is also a bit of a sadist.

Let’s go back to the concept of the design. There’s a series of nagging coincidences that Alex (our lead) notices before he has his vision; the flight time has the same numbers as his birthday, John Denver is playing in the airport (a gag that recurs throughout the movie); these are all, individually, merely plausible coincidences, but they hint at the notion that there is a pattern to it all, a code that could be interpreted. And if that’s all a signifier of Death’s design, it seems to indicate that Death has, at best, a pretty cruel sense of humour, to provide us with patterns of warning knowing we won’t be able to interpret them, or are in any case powerless before them.

And then, of course, when the survivors cheat Death, Death gets *really* pissed.

The survivors are picked off, in the order that they should have died on the flight, in a series of set pieces that make the UK public safety shorts of the 70’s look like understated, sober affairs. People choke, stab, and decapitate themselves in a series of utterly preposterous accidents; except the beauty of it is, we know they are not accidents at all, but Death, reclaiming his victims.

We know, because of how they are shot; we see the leak spring out of the cistern, water flowing malevolently (no, really, it does) across the bathroom tiles, towards the feet of the teenager with a razor at his throat; we see the reflection of a bus in a window, around thirty seconds from one of the single best jump-splat deaths you’ll ever see; and when a dark shadow passes over the shiny surface of the teachers kettle, we know she’s not long for this world.

This is the central genius of FD, for me; the way it takes one of the central tropes of horror cinema, the stalker and the teens, and finds a genuinely new way to execute it; preserving the formula (and FD is a slavishly formulaic horror movie) with an innovative twist that at a stroke solves most of the major problems with the formula (why this particular group of people? Why don’t they go to the police? Why can’t their stalker be stopped?).

So, on one level, FD follows the pattern of basically every mainstream horror success of the 80’s and 90’s – teenagers, set piece deaths whittling down the cast, Final Girl, and resolution (or not, because sequels). This is the kind of movie Scream was supposed to have effectively rendered redundant, but here come the genius writers of FD, who instead say ‘challenge accepted’ and find a way to make the old magic work all over again. 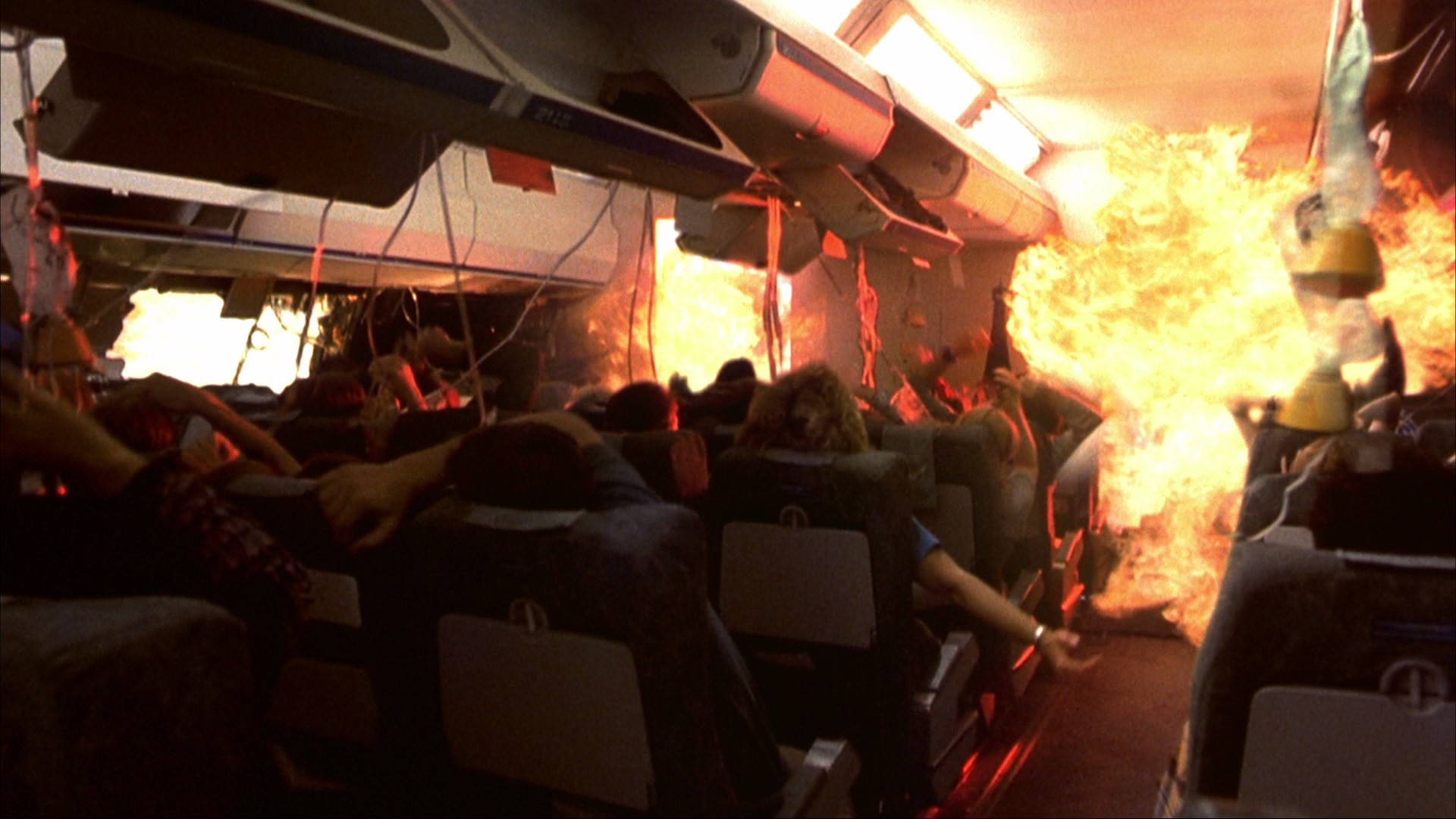 And the weird part is, FD is innovative too. By leaning into the tropes while making the stalker effectively a force of nature rather than another dude in a maks, it opens up a new philosophical horror space (no, really) – the horror of the notion of predestination, that this malevolent, sadistic force is waiting for us at the end of everything we do.

And, you know, in one sense, it’s true; death comes to us all, and very few of us will know the hour of our passing, or will have any agency when that hour comes. That’s a true, real life horror; arguably the root of all horror; the unknowable oblivion that could fall at any moment, taking away everything that makes us us, leaving behind a pile of meat and bones. The trick that FD pulls is to reconnect us with that horror, while also following the horror movie spectacle of gleefully depicted gruesome deaths for our cringing delight; and they are delightful, exemplars of the form, a string of preposterously painful coincidences leading to bloody mayhem.

Does that seem contradictory? Yeah, to me too. And I’d not be surprised to learn that this movie isn’t well loved – I am sure, for many viewers, the serious-as-a-heart-attack philosophy at the core of the FD concept feels at odds with what is in all other respects yet another teens-getting-killed-in-inventive-ways 90 minute horror flick, falling between the two stools.

And that’s a valid response. For me, though, it’s definitely the reverse; for me, FD demonstrates that there’s life in the old dog yet; that with enough imagination, this genre still has something to say; and that a nihilistic philosophy about predestination can lead to a horror movie that puts a shit eating grin on the face, as the decapitations roll and the houses explode.

I don’t really do guilty pleasures – time is short, my friends, so love what you love – but if I did, FD would be one, I think. It is, absolutely, popcorn horror of the American teen subgenre. But it’s also an innovation on that theme, and a love note to same, and as a result, in this writer’s opinion, Final Destination is an exemplar of the form. 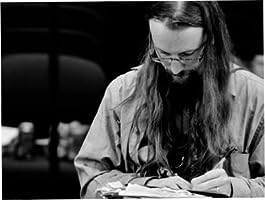 Kit Power lives in the UK and writes fiction that lurks at the boundaries of the horror, fantasy, and thriller genres, trying to bum a smoke or hitch a ride from the unwary. In his secret alter ego of Kit Gonzo, he also performs as front man (and occasionally blogs) for death cult and popular beat combo The Disciples Of Gonzo, www.disciplesofgonzo.com 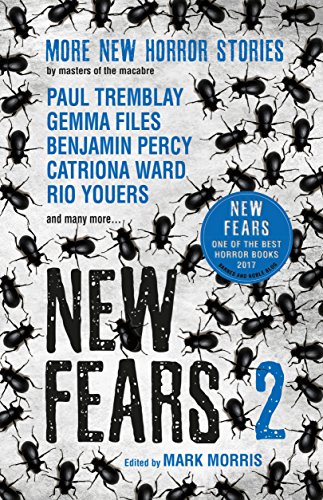 “An electrifying anthology of new horror stories by award-winning masters of the genre.”