For me, the intrinsic appeal of ghost stories is the tale. Sitting around a campfire, sharing a ditty about life, death, and the thereafter typically involving some crime, something that went wrong, some singular cataclysmic event in which something horrible happened that over the years formed into the story. Said story exists both to scare (entertain) and to give warning. Beware the house on Redwood Street, inside its dilapidated walls a horror awaits those foolish enough to enter its haunted halls, etc. etc. In the macabre 1980 masterpiece The Fog, John Carpenter does just that. Using a traditional Gothic atmosphere, he creates a tale, campfire and all, warning the younger generation of the sins the past. Greed. Hate. Betrayal. And murder have stained the lineage of the small California coastal town of Antonio Bay. But as the idealistic community prepares to celebrate their centenary strange things begin to occur and a foreboding blue fog spreads toward the shores.

“An unearthly fog rolls into a small coastal town exactly 100 years after a ship mysteriously sank in its waters” -IMDb.

The Fog is arguably one of John Carpenter’s best horror movies. But not only that, The Fog is one of the best ghost stories ever told. The film opens up around a beach side campfire. An old man (played by legendary actor John Houseman) wearing an old sailors cap gives in to the group of small boys demand for another story. The mood is somewhat jovial. And why not? Its like going to camp during the summer. Moral is usually buzzing with excitement. Life is fun and all is well with the world. “But…,” as the old man begins, life is not always fun and games and often our choices create consequences, both good and bad, and sometimes those consequences–those choices we make in life–come back to haunt us.

“…almost midnight. Enough time for one more story. One more story before 12:00, just to keep us warm. In five minutes, it will be the 21st of April. One hundred years ago on the 21st of April, out in the waters around Spivey Point, a small clipper ship drew toward land. Suddenly, out of the night, the fog rolled in. For a moment, they could see nothing, not a foot in front of them. Then, they saw a light. By God, it was a fire burning on the shore, strong enough to penetrate the swirling mist. They steered a course toward the light. But it was a campfire, like this one. The ship crashed against the rocks, the hull sheared in two, masts snapped like a twig. The wreckage sank, with all the men aboard. At the bottom of the sea, lay the Elizabeth Dane, with her crew, their lungs filled with salt water, their eyes open, staring to the darkness. And above, as suddenly as it come, the fog lifted, receded back across the ocean and never came again. But it is told by the fishermen, and their fathers and grandfathers, that when the fog returns to Antonio Bay, the men at the bottom of the sea, out in the water by Spivey Point will rise up and search for the campfire that led them to their dark, icy death.”

As the campfire tale comes to an end, strange things begin to occur through the coastal town. Inanimate objects begin to move. Windows shatter. Unoccupied cars begin blaring their horns. Alarms are ringing. The earth rumbles. And as suddenly as this mysterious events came…it stops. But not before unearthing a hidden journal written by one of the founding members of Antonio Bay, Father Patrick Malone. As if passing down a shameful confession, his great-grandson (also called Father Malone) discovers how his hometown truly prospered all those 100 years ago. The truth, what their ancestors did was atrocious. And none are the wiser. Those now living in Antonio Bay are blissfully unaware. The truth was kept a secret. Until now. But even ignorance cannot stop what’s coming.

A thick fog appears out in the waters, descending upon a fishing ship. The crew are caught unaware, half drunk from the days catch. They start thinking maybe they should head back to shore, but before they can get turned around, the fog kills the engine and equipment. The radio no longer works. Confusion sets in. Fear is cold as mist. Shadows appear surrounded by a bright glowing light. They look like walking skeletons with rags of clothing. And then the fishermen, all alone out on the waters near Antonio Bay, surrounded by thick fog, are executed. With blood split, the fog vanishes. Soon after, as night becomes dawn, Father Malone discloses his discovery of the journal to the town’s mayor. As they sit together, he reads:

“December 9: Met with Blake this evening for the first time. He stood in the shadows to prevent me from getting a clear look at his face. What a vile disease this is. He is a rich man with a cursed condition, but this does not prevent him from trying to better his situation and that of his comrades at the colony.

“December 11: Blake’s proposition is simple, He wants to move off Tanzier Island and re-locate the entire colony just north of here. He has purchased a clipper ship called the Elizabeth Dane with part of his fortune and asks only for permission to settle here. I must balance my feelings of mercy and compassion for this poor man, with my revulsion at the thought of a leper colony only a mile distant.

“April 20: The six of us met tonight. From midnight until one o’clock, we planned the death of Blake and his comrades. I tell myself that Blake’s gold will allow the church to be built, and our small settlement to become a township, but it does not soothe the horror that I feel being an accomplice to murder.

“April 21: The deed is done. Blake followed our false fire on shore and the ship broke apart on the rocks off Spivey Point. We were aided by an unearthly fog that rolled in, as if Heaven sent, although God had no part in our actions tonight. Blake’s gold will be recovered tomorrow, but may the Lord forgive us for what we’ve done.”

The mayor doesn’t want to hear it. What’s done is done, what use is there in digging all this up? But she doesn’t understand. What happened has already been reveled and they cannot stop what’s coming. It isn’t outright denial, its purposeful ignorance. A very human trait. But that willful refusal to address the errors of the past is what dooms the town. As night approaches, the fog returns.

What makes The Fog a great movie is its simplistic approach to a classic ghost story. There’s nothing complicated here. The revelation is made quite early on. The founders of Antonio Bay committed a heinous crime. Now those victims have returned as vengeful ghosts. As the audience, what we’re left with throughout the movie is wondering if the characters can stop it. What can be done? What we discover is that even under the watchful eye of radio show host and lighthouse operator Stevie Wayne (played by Adrienne Barbeau) these people are utterly powerless. All she can do is warn her listeners. Including Nick Castle (played by Tom Atkins) and Elizabeth Solley (played by Jamie Lee Curtis) who can do nothing more than save Stevie’s son while they put what little clues they have together while avoiding the fog.

“I don’t know what happened to Antonio Bay tonight. Something came out of the fog and tried to destroy us. In one moment, it vanished. But if this has been anything but a nightmare, and if we don’t wake up to find ourselves safe in our beds, it could come again. To the ships at sea who can hear my voice, look across the water, into the darkness. Look for the fog” -Stevie Wayne.

One of the best scenes has to be at the town hospital just after the only body on the fishing vessel is discovered, that of Dick Baxter. His condition completely mystifies both Dr. Phibes and Castle. They knew this man, had seen him days before, yet his remains seem as if he had been underwater for a month. And then, with Elizabeth alone in the room while the two talk, the corpse sits up and walks toward her. Its a great scene and a great example to how Carpenter builds the tension throughout the movie. My second favorite scene is with Charles Cyphers playing the role as meteorologist Dan O’Bannon. He’s on the phone with Stevie Wayne. She’s trying to warn him, but he thinks its just some game… He reports a fog rolling in, surrounding his station. There’s this glowing light. And a knock on the door. And lastly, the end of grandma scene…you know which one i’m talking about. It was sad and terrifying and you know it. And if you don’t, watch it. The Fog is available on Shudder. 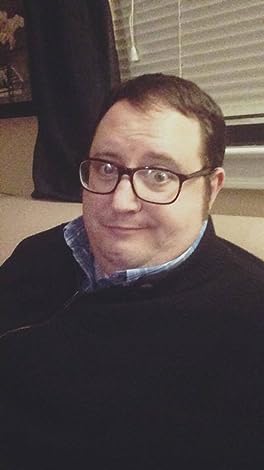 In the mood for a ghost story? 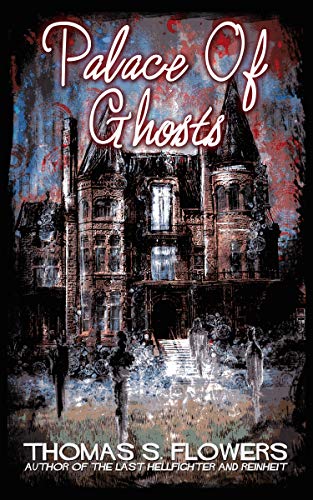 Evil resides in Amon Palace. Something worse came to visit.

“This author uses vivid imagery in his novels and this one is no exception. For me, it was an interesting read in that the author was exploring an experimental treatment for PTSD. So much needs to be explored and put into practice in this field for our returning veterans” –Serenity, Top 50 Amazon Reviewer.

“Thomas Flowers gives us a much more brutal haunted house story than Jackson’s famous novel. This was a fun read and like all good horror novels really ramped up the intensity as the end approached” –David McClung.