My Review-ish: Now if you’re a horror fan and you do not know the basic story of The Amityville Horror I have to assume you’re very young, like under 5 or something, or you aren’t actually a horror fan in which case… WHAT THE HELL ARE YOU DOING HERE??? Due to that fact this review isn’t so much a review as it will be a personal story. Don’t worry I’ll keep it short but I should tell you this film is one of the most important horror films to me personally. Now I’ll move on to some facts then we’ll have a little fun, ‘kay?

First, here are some facts. I do not believe in ghosts. I do not believe in haunted houses. There are things we don’t understand nor can we explain them but that does not mean there isn’t an explanation founded in the real world. I will make fun of those who prescribe supernatural origins to the unexplained the same as I laugh at the people who think anything we can’t explain is because of aliens. I say this just so you know where I stand at the outset. Now the facts in the Amityville case…

On November 13, 1974 all members of the Defeo family were found murdered in their home at 112 Ocean Avenue except 23 yr old Ronald Defeo Jr who was later tried and convicted for the murders of his mother, father and four younger siblings. No one truly knows what happened nor why Defeo killed his family. At first he told police a mob hitman did it but the hitman had a rock solid alibi but Defeo quickly confessed to the murders. Later he claimed to be possessed which led to the book by Jay Anson and later this movie. To this day no one knows what really happened since all six family members were shot in their beds while they slept. This is odd because it is reasonable to believe an unsilenced rifle shot should have woken some of them but all stayed sleeping in bed and there was no evidence that the bodies had been moved. As a horror writer I can tell you this scenario alone lets the imagination run wild if nothing else had ever happened at the house.

Fast forward to December 1975 (13 months later) George & Kathy Lutz and their three children buy the Defeo house in Amityville despite the home’s history being disclosed to them. A friend of George’s learns about the house’s history and insists George & Kathy have the house blessed. Neither are religious but figure it can’t hurt so they invite a catholic priest over to do the blessing, Father Pecoraro (changed to Father Mancuso in Anson’s book and to Father Delaney in the movie for anonymity). Later Father Pecoraro claimed he heard a voice tell him to “GET OUT” during the blessing and after leaving claimed to suffer a fever and blisters on his hands similar to stigmata. As for the Lutz’s they later claimed that all sorts of odd things happened such as seeing red glowing eyes, supernatural levitation, a crucifix inverting itself, and many other weird happenings. George also discovered a secret room in the basement (a room not on the house blueprints) that was painted red that their dog was afraid to go near, they simply called it the Red Room. After attempting to bless the house themselves (a second attempt) they left the house in the middle of the night on January 4, 1976 never to return again. A mover who came to collect their belongings reported nothing odd while he was inside.

So those are the facts. No one really knows how Defeo killed his family in the manner he did since his story has changed multiple times. The Lutz family fled the house after 28 days but none of their story can be verified. The priest told no one of the voice he heard or any of his other claimed symptoms until far after the fact. In other words, many parts of this story are simply that, someone’s story. Later the frauds known as Ed & Lorraine Warren (now made infamous by The Conjuring film series) “investigated” the Amityville house proclaiming it to be demonically possessed. It should be noted that this is uncorroborated hearsay but in 1979 lawyer William Weber reportedly stated that he, George & Kathy Lutz and author Jay Anson “invented” the Lutz’s horror story one night “over several bottles of wine.” So take the entire Amityville story with a large grain of salt. It is good horror fun however! Now, on to why the ’79 movie is so important to me…

For the record when this movie hit theaters I was 6 going on 7 so I did not see it in theaters. I finally saw the film in probably 1980 or maybe 1981 even though it was a success for a horror movie since it was made for about $4.5 million and made about $86 million – that’s not too shabby even by today’s standards (just ask Blumhouse). At that age horror had yet to be the joy for me that it is now. I am the youngest of three with two older sisters. Now, my oldest sister is 5 years my elder which is really no big deal now that we’re adults but at that time it was a huge difference. I remember the first time The Amityville Horror was on TV making me about 8 or 9 and my sister 13 or 14. The commercials alone scared the crap out of me and the night it was on I think my parents were gone for a meeting or just out for the night with friends or something. Both myself and my other sister (3 years my senior) were too afraid to watch it which only made my oldest sister torment us further leading up to it. What happened that night is still a running joke in the family.

So there we are, I think it was a Friday or Saturday night, after hours of my oldest sister telling us how awful it was going to be and that she was going to make us watch. She probably told me she was going to murder me in my sleep or something since we all fought terribly back then. Anyway by show time I was ready to soil myself, perhaps I already had but I ain’t tellin’ and you can’t prove nothin! There seemed to be no escaping my sister’s torments and after the first couple minutes of the movie I knew I couldn’t watch. My other sister was right there with me but what could we do? I don’t remember but it must have been raining or something otherwise we would have gone outside. So instead we built a blanket fort in the living room and played a card game. Unfortunately we could still hear the TV and when you hear screaming but can’t see what the screaming is over your imagination runs wild. I probably would have been less scared if I had just watched the dang thing. I remember peeking out at the TV a couple times and I still have the image of blood dripping down the walls embedded in my head to this very day, of course, in my head it’s much worse than it was in reality. My family still jokes about my sister and I hiding under a blanket that night which is only more hilarious now since I started writing far more horrible things.

By now you’re probably thinking The Amityville Horror (’79) isn’t even that scary so how could it be so important? It’s important for my horror history because due to the ridicule after that night and ridicule after I tried to watch it the next time it was on and failed miserably I was determined to watch it. I think I managed to sit through a few made for TV horror movies which were common back then and not very scary at all. Then Amityville played again and I watched it start to finish determined not to be picked on anymore! I forced myself not to look away when the priest comes in nearly shitting himself. I didn’t look away during the creepy Brolin axe scene when you see this guy is starting to lose it. I didn’t look away when the blood drips from the walls and everything is going crazy as a gateway to hell or something seems to be opening up in the basement. I didn’t look away. I was scared shitless but I didn’t look away. In that moment, when the credits began to roll, a horror fan had been born. 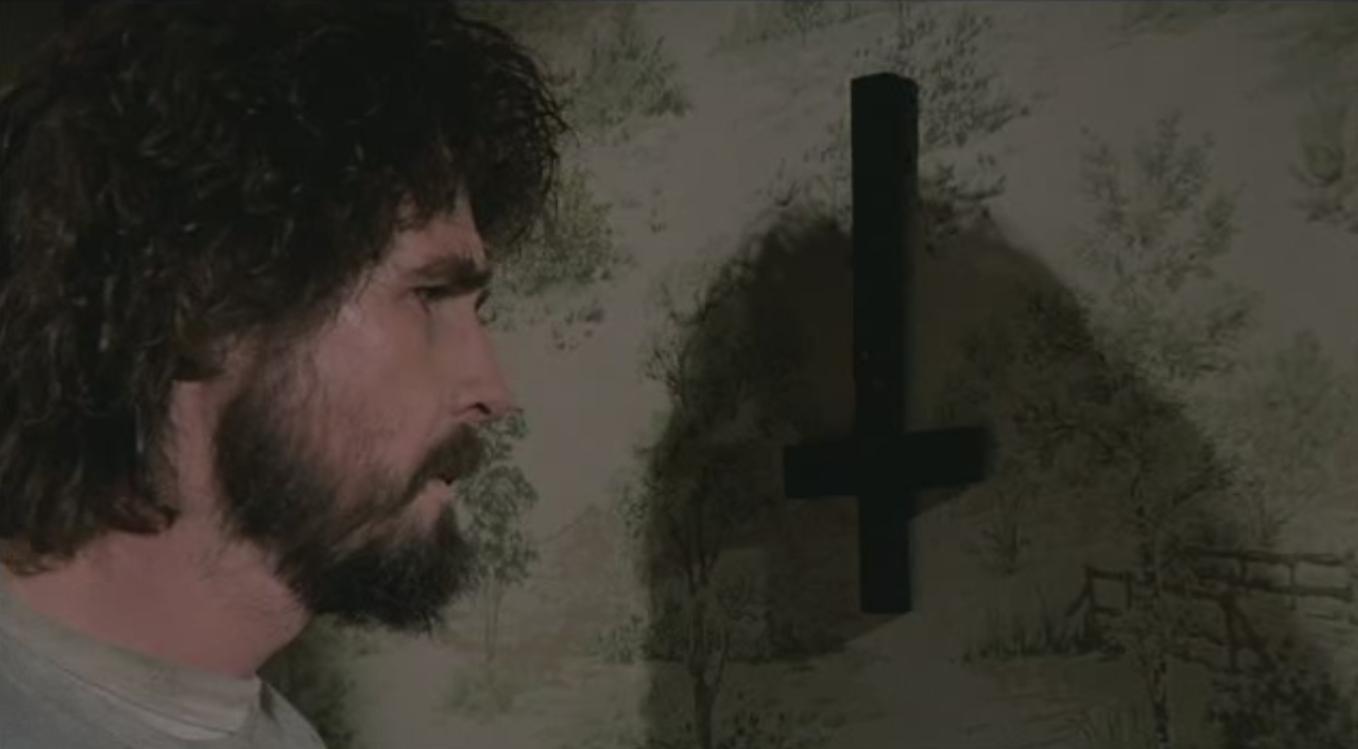 After that I began watching anything and everything horror I could get my hands on. A couple years later we got our first VHS and the world of horror really opened up by going to the video store. Sure by today’s standards 1979’s The Amityville Horror doesn’t stand the test of time very well. I watched it again a few years ago, the first time in many years, and I was like, “How the hell did that scare me?” But again I was 8 or 9 and it was my first real horror movie. Similar to how AC/DC was my introduction to heavy music, The Amityville Horror was my initiation into blood and gore horror. We all have to start somewhere and The Amityville Horror 1979 was where I started.

Wrapping up: While this film means a ton to me, personally, I can’t recommend or suggest anyone watch it. It’s not a great movie despite good performances from James Brolin and Margot Kidder. It has a made for TV feel and isn’t scary at all if you’ve already seen other horror films. The story, while pretty much complete bullshit, is a worthy horror tale so I would recommend you watch the 2005 remake with Ryan Reynolds and Melissa George (also a very young Chloe Grace-Moretz as the youngest Lutz child) which was a much better movie even though it throws in a ton more horse-pucky into the story. It doesn’t matter since it was never a “true” story anyway. Yes, this movie is a classic so perhaps some will argue with me about whether you should watch it but if you’re a horror fan then you know the story. Plus if you wait a little while they’ll remake it again and add more bullshit in so you can watch that one. The Amityville Horror has a deep dark place in my heart but I won’t kid you, it’s a mediocre movie. So while it’s a 9 out of 10 for me personally it’s probably no more than a 4 or 5 out of 10 for any younger fans out there.

Feind has short stories and flash fiction appearing in fifteen anthologies with several more scheduled for release including his first ever published poem.

2018 marked a milestone for Feind with the publication of his first solo work with the unleashing of his novella, Essence Asunder, by Hellbound Books. Feind’s debut novel, Piece It All Back Together, is currently being edited for release by Stitched Smile Publications. 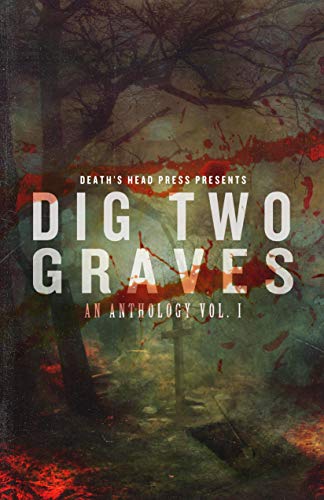 “A pretty good collection of revenge in every way possible a couple of stories lost my interest but the majority of tales are pretty good. Can’t wait for Vol 2” -Amazon review.