Even stripped of all supernatural elements, HEREDITARY is a devastating film about a family destroyed by secrets and mental illness. The death of Annie’s (Toni Collette) mother, after a long illness, serves as a catalyst for the family’s final breakdown. They are also attacked by some bizarre force they are powerless against. Annie, her husband Steve (Gabriel Byrne,) son Peter (Alex Wolff) and daughter Charlie (Milly Shapiro,) all seem disoriented and disheveled, pulled along like the puppets Charlie is constantly making. Annie’s mother was very manipulative, especially of Charlie, who tells Annie, “She wanted me to be a boy.” She also asks who’s going to take care of her after Annie dies.

HEREDITARY is a Freudian film. Most of the important information comes from things the characters don’t mean to say. Annie seems to try to live in two different realities; one in which she understands her mother was an evil person trying to destroy her children, and a sublimated one in which she rationalizes that her family was haunted by mental illness. Her dioramas,based on her real life traumas, seem to be an attempt to exert control when she feels she has none. The idea of a parent’s fear that they have passed on some curse to their children is a main one. Annie is tormented by helplessness and guilt that she has been trapped in a life she tried to avoid and is now doomed to watch rot away. 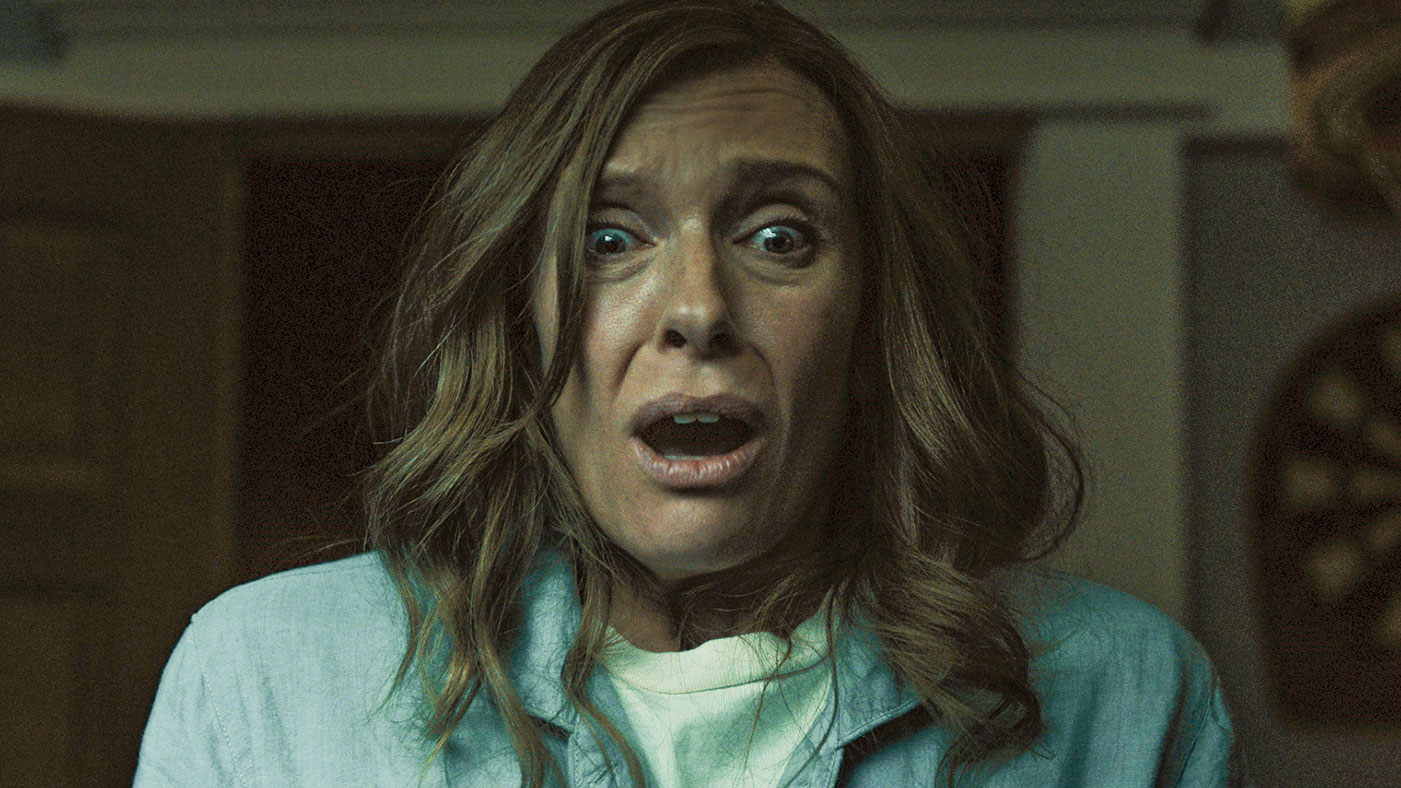 Inescapable fate is a central theme. Peter listens to a lecture in class about not being able to change what is meant to be in a scene reminiscent of the original HALLOWEEN. The opening scene of the camera moving into the window of Annie’s work room into one of the dioramas that becomes Peter’s bedroom sets up the idea that this family is being controlled. Even Charlie’s horrific death and Peter’s devastating reaction seem like pre-planned clicks moving to a dark end.

Annie makes friends with Joan (Ann Dowd) who introduces her to seances. Annie begins to realize that Joan is connected to her mother and part of the group trying to get to the family. Husband Steve is the stabilizing force, the only thing holding Annie and the children together. He is the protection against the Grandmother and then between Annie and the children. When he dies, there is no protection and the evil is escalated.

HEREDITARY is a film that builds dread throughout with no redeeming hero or hope. As the title indicates, the curse in the blood and is unavoidable. Toni Collette’s disturbing performance as a mother fighting against herself and her mother’s legacy to try to save her children and failing is one that truly stands out in the films of the last 10-15 years. HEREDITARY is a classic that needs to be watched several times to find all of the pieces Aster has buried in the cinematography and dialogue.

Kim McDonald is a horror junkie from outside Charleston, SC. Her reviews and stories can be found fairymusings.com, loudgreenbird.com and mydailydead.com.

Check out Kim’s slasher review on Happy Birthday to Me!

This entry was posted on May 31, 2019 by Thomas S Flowers. It was filed under Horror, Movies, Reviews and was tagged with blogging, guest contributor, Horror, horror movies, Kim McDonald, movie reviews, Movies, Supernatural.