In order to fully appreciate The Blair Witch Project, you have to rewind the tape twenty years. Go on—I’ll wait.

It’s 1999—I’m fifteen years old, piled in the back of some goober’s pickup, watching the film on a grungy, old drive-in movie screen. I’m pretty sure it was after midnight.

Here’s the thing—back then, there was a lot of secrecy surrounding this film. Whoever did the marketing—or lack of marketing, I should say—really set the tone for viewers like me. The actors were unknown; their names in the credits were the same as their characters’ names. And in the very beginning of the film, the viewer learns that this film is “recovered footage” of three film students who went into the hills of Burkittsville, Maryland to film a documentary about a local legend—the Blair Witch—and never returned. So, right from the start, we know they’re doomed. The people in the film aren’t actors—they’re dead people. And now we’re going to watch this footage of what happened leading up to the moment of their deaths…

There’s another iconic film that comes to mind…one that also uses the whole “this is a true story” bit to scare the pants off its viewers…you might know which one I mean: The Texas Chainsaw Massacre.

Every single person I knew in 1999 believed that The Blair Witch Project was real film footage. Can you imagine our terror?

And for me, there is nothing more frightening than our basic, instinctual fears. Getting lost, going hungry, not knowing what’s in the dark, losing our friends/loved ones, finding out that the boogeyman we think/hope is fake is actually real, etc.

The Blair Witch Project does a superb job of capturing all these fears, and they do it without any bells or whistles. That’s a hell of an accomplishment, in my opinion.

I literally had a stomachache while I watched it, and not because there was blood and gore, or huge jump scares, or creepy monsters…The Blair Witch Project has none of that. It was the adrenaline, the anticipation, the raw terror of knowing what was going to happen and watching these seemingly real-life strangers—who could be us, or someone we know—setting out into the wilderness to disprove a local myth. As I watched them stumble around in a panic, huffing and puffing behind their chintzy, shaky camera, I felt like I was watching their final moments on earth—and as much as I wanted to save them, I couldn’t.

I’m not quite sure how scary this film would be if you were watching it for the first time in 2019, with the full knowledge that it was all fiction. It’s incredibly low budget—and if we considered it “low budget quality” back in 1999, I can’t imagine what a teen in 2019 would think.

But here is what I loved about it then, and still love about it now: we live in an impressive era, where directors and cinematographers can create almost ANYTHING. The most horrifying, realistic sets and jaw-dropping monsters…it can be done. But one thing that you can’t easily create: a good, natural, cathartic scare.

Three film students, with their scruffy clothes, hiking gear, and shaky camera, set out to find out the truth about the Blair Witch. Children have been vanishing since the 1940’s and the locals are afraid of the woods. They interview the townsfolk and finally—much to my horror—they head into the exact place they were told not to go: The Black Hills Forest.

The group’s camera man is an amateur at best; the screen wobbles and shakes and you can hear every sound: the crunching of the leaves, mysterious animal sounds…and the woods are just so dark and creepy. As the sun disappears completely, they discover that they are lost. But they don’t panic quite yet…they decide to make camp for the night. Unfortunately for them, they’re not alone in the dark…they see and hear things, and when they wake up the next morning, there are creepy little wooden dolls nearby. Someone—or something—is out there with them. Will we, the viewers, get to see what they saw before they vanished from the face of the earth?! The not knowing what is going to happen, or what you’ll see caught on film, is all part of the fun…so, you have to watch it to find out.

The best scene (for me) is that iconic crying/whisper scene where one of the main characters is right up in the screen, apologizing for being so naïve. You can feel her terror and desperation and sadness…and you can pretty much see snot inside her nose. Her fear looks and feels real. It’s a great scene.

I re-watched the film, alone in the dark. And I must admit—twenty years later, it still kind of scares the hell out of me. I couldn’t quite remember everything about it, so I really enjoyed revisiting this film.

If you haven’t seen it, you must.

It’s a five-star movie for me—any film that can instill that much terror and hysteria on such a low budget deserves its props. 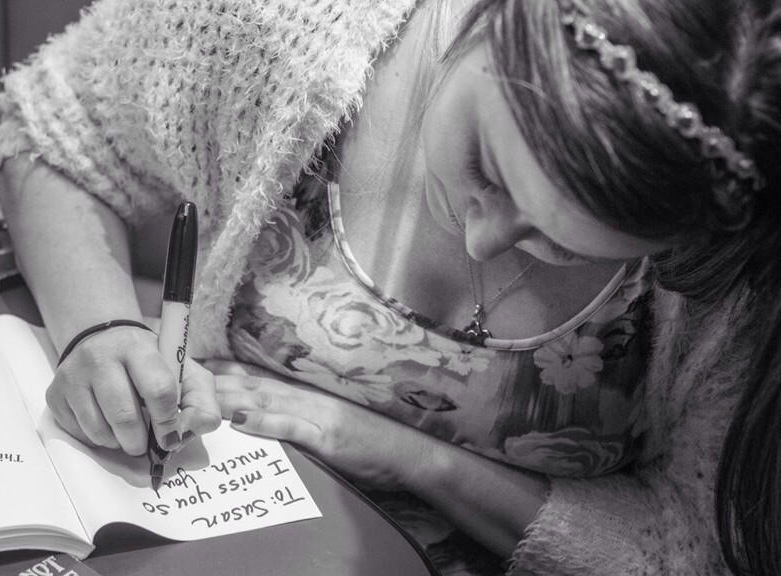 Carissa Ann Lynch is the USA TODAY Bestselling author of My Sister is Missing, Without a Trace, the Flocksdale Files trilogy, Horror High series, Searching for Sullivan, 13 anthology, Twisted anthology, Shades and Shadows, Midinight Moss, and This Is Not About Love. She resides in Floyds Knobs, Indiana. 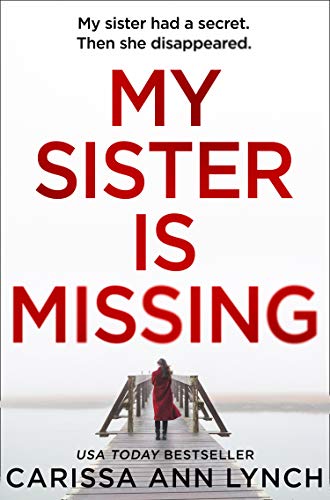