Paranormal & Supernatural in Review: The Shining (1980)

Synopsis: Jack Torrance is in recovery, now that he is clean and sober, he is on his last legs. Needing to provide for his family, Jack takes a job as the winter caretaker of The Overlook hotel. For the winter, he will move his family in the hotel and he will maintain the building and grounds. Jack doesn’t know that the hotel has its own plans, that the hotel has more than a few dirty secrets of its own. Jack’s son, Danny, has a secret of his own. Danny has the ability to read minds- a trick he learns is called The Shine. Through the shine, Danny learns that his father is deteriorating mentally and the hotel has its own evil agenda.

The shining, arguably one of the most beloved films from director Stanley Kubrick, is a film that has been discussed and dissected by so many people that the task of writing a review for it is rather daunting. Honestly, I put off writing this review as long as possible because the film has become something more than just an adaptation of a Stephen King novel. I am not the type of movie-goer that goes into a movie looking for hidden messages. I want to be entertained and taken on the ride that the story wants to tell me, taking me out of my world and thrusting me into the world of the characters. When looking at writing about The Shining, I find that you can enjoy the film whether you want to dig in deep and search out those hidden themes or if you just want to watch a movie that will take you into its world.

The Shining was a formative film for me, one of my earliest memories of the horror genre is Danny riding his tricycle through the hotel, the elevators of blood, and who could forget the door with REDRUM written on it? I have seen the film countless times and it is a mandatory winter watch, preferably in the middle of a snow storm. 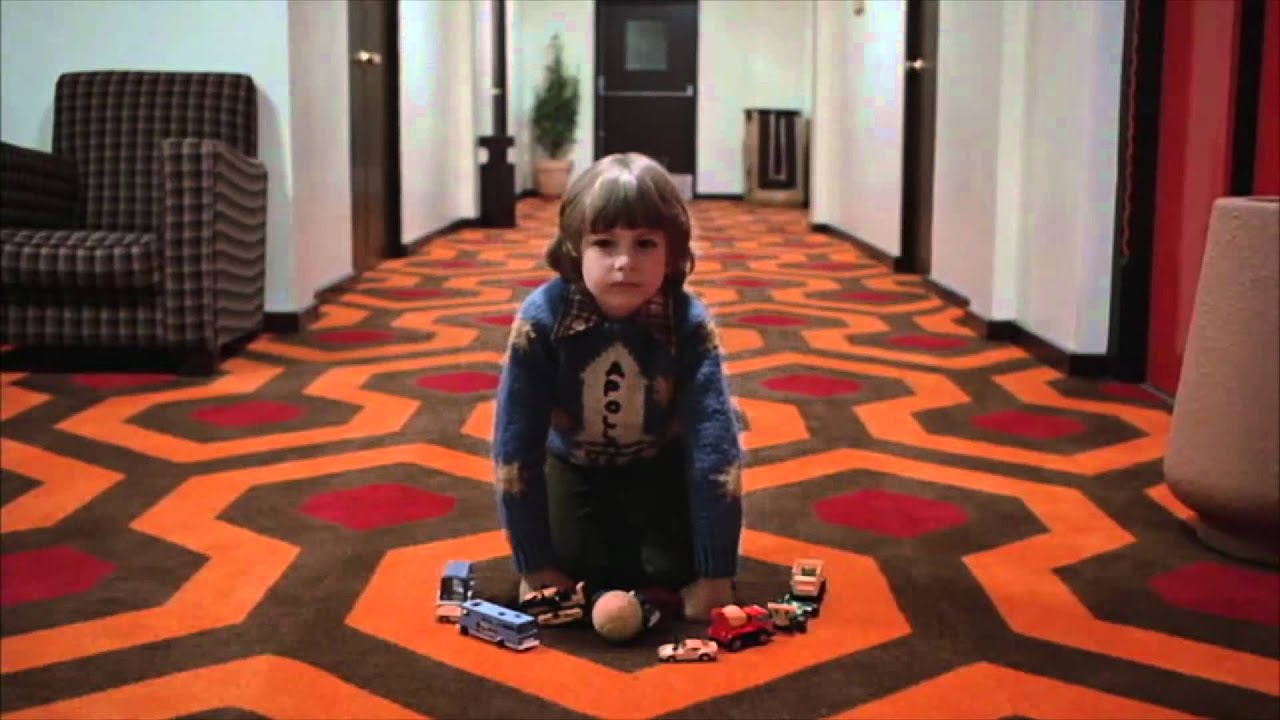 It’s no doubt that the film has a very divided audience. Stephen King famously hated the adaptation that Kubrick released but general audiences as a whole seem to lean more toward the positive. Some however, are King purists and don’t like that the adaptation changes certain aspects of the original novel. I myself find that I fall in the middle. I love the film- which I saw before reading the novel, but after reading the source material I find that I wish there were more of King’s original elements included.

Despite the changes, The Shining is a worthy adaptation of the work. It gives us deep characters that we actually care for. Kubrick keeps us invested in the film with stunning visuals and scenes that take their time, allowing us to truly feel the claustrophobia that the Torrance family begins to suffer. 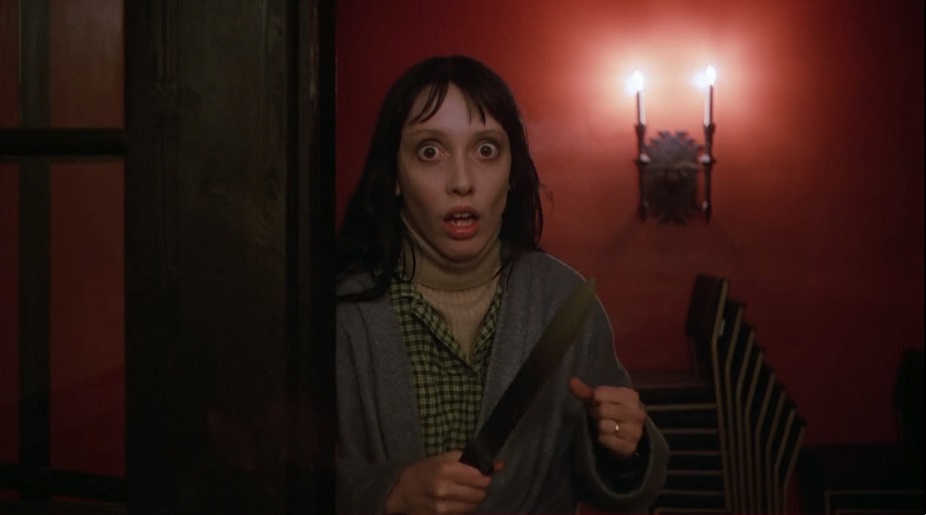 The acting in the film is well above par, some would argue that it is due to the rigorous re-takes for hours and the method Kubrick used to get the performances, but I lean more toward the side of the actors just being the right fit for this film.

I have mentioned in a few of the reviews that I have written about story being the most important thing for me as an audience member. The Shining is an amazing story and this film, like I said above is a tremendous adaptation of the original novel- sorry Mr. King, I enjoy the novel very much, it is one of my favorites- but as far as adapting the story contained within its pages, Kubrick delivered one of the best King adaptations you can find.

The film drips with atmosphere and tension right from the beginning and has a way of truly getting under your skin before the real scares even begin to happen. Once they start, the film is a roller coaster ride that keeps you gripping the armrests. The Shining earns its place in the annals of horror history and in my humblest of opinions, is required homework if you want to get your horror street cred!

This film gets a very high recommendation from me, if you haven’t seen it- you need to remedy that immediately. The film will keep you riveted and scare the hell out of you. Go check it out, then come back here and let me know what you thought about it. If you like the film, I would recommend checking out the original novel too. If you have seen it, how do you think the film fares? Are you as enamored with The Shining as I am or did you find it to be a letdown? Comment below and let’s talk The Shining!