The Review (ish): Before I begin I have a couple of confessions to make much like the elderly gentleman who starred in this film. First, I have read many Peter Straub books but I have never read Ghost Story (which released in 1979) which this film is based on. Based on the books of Straub’s I have read I can tell you there are few writers who do horror mystery better than him, I highly recommend his novel simply titled Mystery. Second, this movie is difficult to find without running out to buy the recently released Blu-ray edition which I did not. I saw this film initially sometime in the early to mid-80s and most of this review will be based on that recollection with a little help from videos I’ve used to jog my memory though I will likely pick up the Blu-ray when I have the opportunity. Also, I personally do not believe in ghosts and rarely find movies involving ghosts scary with Poltergeist (1982) being the main exception. That’s my confession so now you’re all priests – STOP TOUCHING LITTLE BOYS!!!

A “fun” fact before I begin… Ghost Story was beset with tragedies after filming. It is the last film of stars Fred Astaire, Melvyn Douglas and Douglas Fairbanks Jr (Fairbanks passed away four months before the film’s release thus never even seeing it). Houseman lived until 1988 though he was actually the second youngest, Fairbanks was the youngest of the group. So you are about to read a review of a film called Ghost Story starring actors who are all now dead, let that sink in for a moment.

Now the four old geezers make up The Chowder Society which doesn’t take much brain power to figure out the origins of since the men are all supposed to be from New England (the setting for the film though it was filmed in only one New England state, Vermont, while the rest was filmed in Woodstock and Saratoga Springs in New York). The film opens with all the members of The Chowder Society being troubled by nightmares then we cut to Sears James (Houseman) telling a ghost story to the group at their clubhouse. Okay, so it’s some fancy lodge but it’s no different than a kid’s treehouse. That sets the tone letting you know these four old bastards have some deep dark secret while somehow still enjoying telling each other horror stories. Next the other players are introduced who turn out to be Edward Wanderley’s (Fairbanks) twin sons.

The first son steps out of the shower to find a naked woman on his bed and, in true horror story fashion, rolls her over to see she is a living corpse which scares him so bad he falls out the window dropping about 100 stories to his death. Kudos to Craig Wasson for the full frontal nudity which you can’t unsee once seen. Then for a moment you think this is may be just a dream/nightmare sequence because the film cuts to the twin brother, Don (also played by Wasson), receiving the call that his brother is dead. Thus the film is set into motion giving you several questions to answer. What did these old bastards do? Who is the very beautiful, dead, naked woman and will we get to see more than just a butt shot before Director Irvin makes me look at another shriveled up tally whacker? The answer is a very happy YES, Alice Krige is gorgeous!

Luckily, we’re given a reprieve from thinking about those shriveled up kibbles and bits when shortly after the funeral Edward, his father, believes he sees him. Edward follows his dead son to a bridge where the son disappears but a female walking corpse appears scaring him so badly he falls over the edge to the icy lake below… Old man commits suicide film at… oh, wait you just saw that so nevermind! Don (Wasson) doesn’t believe his father would have committed suicide so he becomes a nosy little fucker poking his nose around where it doesn’t belong! Damn little whippersnapper! This movie should serve as a warning to all you curious types out there – Mind Your Own Damn Business!

Ghost Story is filled with all kinds of creepy scares along with a few good jump scares (because that’s what ghost stories are good at). You get mystery. You get ghosts parading around naked in the flesh. The beautiful, beautiful flesh! You get varying degrees of decayed dead female. You get a couple of insane asylum escapees upping the creepy factor as well as serving as wild cards. You get the investigation of the mystery and finally the reveal of the secret these old MFers have been hiding for like 50 years! In short you get a pretty decent story to go along with the horror effects.

In Conclusion: As a person who hasn’t read the novel I can’t speak to whether the movie is better or worse than the book though I would expect the book is better. What I can tell you is that Ghost Story is well acted, well written and well set. I truly enjoy this film and it stands as one of the very few ghost story movies that I enjoy. Most ghost movies are nothing but jump scares with the ghost trying to lead someone to their killer or the Paranormal Activity type crap that I find boring as hell but Ghost Story is an actual good story about a ghost coming back for revenge along with someone trying to find out who murdered her. It all adds up to a pretty good movie that also stands the test of time. Is it a little dated? Of course, it’s coming up on 40 years old but it isn’t outrageously dated with all kinds of ‘80s references which makes it a fun film to watch for the first time or again. If you enjoy mystery combined with your horror then this is a movie for you. Also on the horror/mystery note my debut novel, Piece It All Back Together, will hopefully release this year and it’s a horror/mystery just to tie this whole thing into a shameless plug for lil ol’ me! Til next time… FEIND OUT! 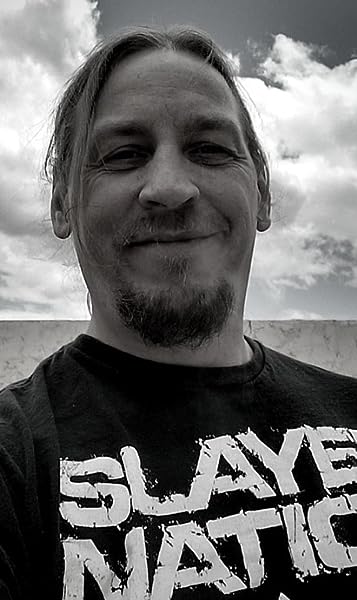 Feind Gottes [Fee-nd Gotz] is a horror nut, metal lover and an award winning horror author. Feind currently resides near Omaha, NE with his girlfriend, son, and one crazy cat.  Feind has short stories and flash fiction appearing in eight anthologies with several more scheduled for release in 2019 including his first ever published poem. Feind is currently editing his debut novel and co-editing an anthology for his first editing credit. The first draft of Feind’s debut novel won the 2016 Dark Chapter Press Prize followed in 2017 by a Top Ten finish in The Next Great Horror Writer Contest and winning the Vincent Price Scariest Writer Award from Tell-Tale Publishing. 2018 marked a milestone for Feind with the publication of his first solo work with the unleashing of his novella, Essence Asunder, by Hellbound Books. Feind’s debut novel, Piece It All Back Together, is currently being edited for a 2019 release from Stitched Smile Publications. 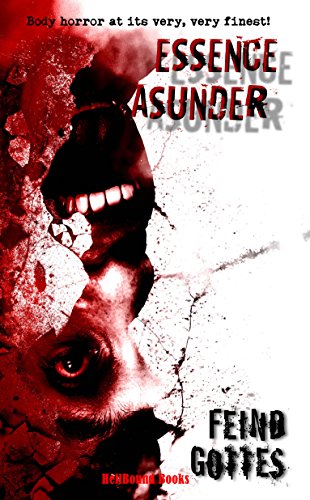 “Gottes has penned an extraordinary novella of unrelenting tension and sustained body horror. The writing is strong and the story well-crafted. Essence Asunder will take your breath away. Be warned!”

And be sure to check out Peter Straub’s masterpiece…

Catch up on March Madness!!!