One of my buddies on Facebook had been pestering me for years to give Supernatural (1933) a watch. Seeing how we’re in the thralls of March Madness, I thought what better time than now. I am after all a fan of classic cinema, especially classic horror. While produced by Paramount Productions, Universal Studios had been sold the rights in 1958. Directed by Victor Halperin, who just one year prior directed White Zombie (1932), a mildly successful release with audiences of the Great Depression, Supernatural was not as revered and today has become a somewhat obscure and hard to find film. In fact, if you Google Supernatural you’ll only find images of Jensen Ackles and Jared Padaleski in the hit CW show of the same title. Needless to say, Supernatural, the 1933 movie, was hard to track down for screening. But by some miracle of modern streaming devices, I was able to procure a copy.

“A serial black widow murderess returns to life in the body of a young woman to exact revenge on a former lover, a phony spiritualist who betrayed her” -IMDb.

This is probably one of the few times where the IMDb synopsis makes the movie sound more impressive than it actually was. Not to say that I didn’t enjoy the film, but…running at just over an hour, I expected the story to be compact and fast paced. To me, it felt like the idea took too long to get to the point, even with just over an hour of screen time. There was however a lot of the movie that I did like. So I’ll try to highlight those as well.

The concept was interesting. Ruth Rogen (played by Vivienne Osborne) is this badass “evil” woman who has a hot temper and  surprisingly strong hand strength, you know…for choking the life out of her soon-to-be-dead husbands, I guess. When the movie starts with radio-like reports and newspaper spin reels about Rogen and her court case as it rapidly escalates to her inevitable death penalty. I thought this was a great opening and set the pace of the movie coming out strong. It made me wonder who this woman was and what could she have possibly done to deserve the death penalty.

Dr. Houston (played by H.B. Warner) requests Rogen’s corpse to conduct experiments to prove his hypothesis that the dead, and in this case the spirit of an extremely violent person, can murder beyond the grave. Rogen agrees to release her body to him upon her execution. She’s looking for revenge against her current lover, spiritualist and con-artist Bavian (played by Alan Dinehart) who she believes set her up to take the fall for murdering John Courtney (assumed murder though, I don’t think they actually said). If she can’t get him in life, she can get him in death. The scene ends with her crushing what is to be believed a metal cup. Super strength, I guess. It’s an interesting concept, especially back in the early 1930s. This was pre-code days. Even still, seeing women in control of power (Rogen) and wealth (Roma) wasn’t the norm. Supernatural feels to me as in the same vein as Dracula’s Daughter (1936) where women empowerment slipped between the cracks to be portrayed on screen in a era when women mostly played love interests and damsels in distress.

Soon after Rogen’s execution, we’re introduced to her former lover and apparent partner in crime, Bavian. This fellow is a charming gent who is attempting to pull off a con on Roma Courtney (played by Carole Lombard), now the sole heir to the Courtney fortune with the recent death of her brother John. I cannot remember if it was mentioned or implied that Rogen killed her brother. Or if Bavian and Rogen were colluding with each other. Either way, Bavian is a seedy son of a bitch who plays the mild mannered spiritualist. His gimmicks are second rate (especially by today’s standard of CGI and practical effects), but they do the trick on mourning sister Roma.

Roma’s love interest, Grant Wilson (played by Randolph Scott), doesn’t believe the act. In an attempt to prove Bavian a fraud, Grant schedules a second seance at Roma’s home. Again Bavian attempts to convince Roma that her estate manager, Hammond (played by William Farnum), is her brother’s killer. To what means though? This was the biggest pitfall of the movie. Okay, let’s say Roma believes Hammond killed her brother, what benefit does Bavian get from such a conspiracy? I suppose he would get paid for his services, but wasn’t he already? And he could have had John say anything. This was a ruse after all. Why place blame on the manager? 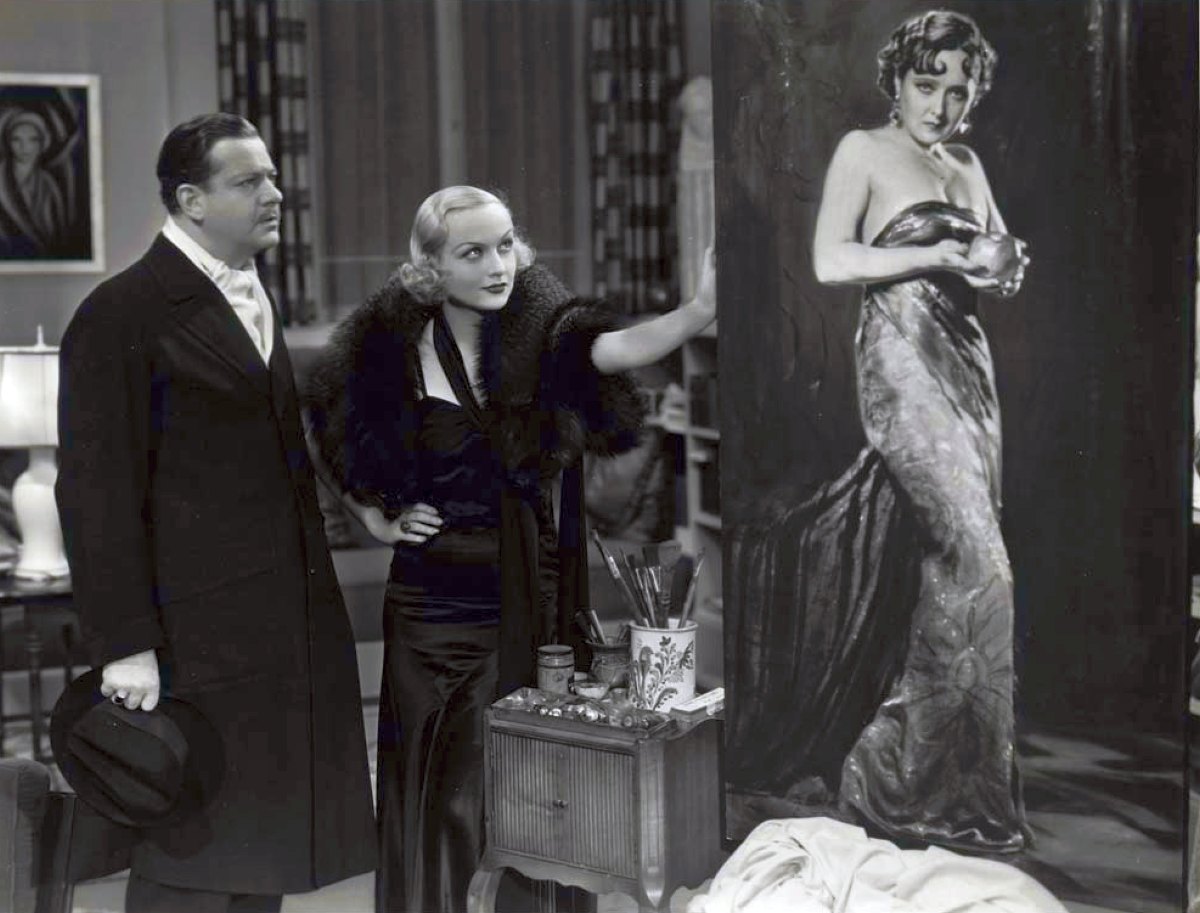 The story redeems itself during the second seance as Rogen’s spirit possesses Roma. Here we see Carole Lombard’s acting truly shine as she gets to transform from silent reserved Roma to the more devilish Rogen. This was the best moment in the film. During this transformation, after being secretly poisoned by Bavian, Hammond dies and in the chaos Roma/Rogen slip away with the con artist. At first, I thought it was a plan they had somehow hatched together, if only. Soon Bavian becomes unsettled by Roma’s mannerisms. All too familiar, he believes, to his dead ex-lover. But he does everything he can to ignore the writing on the wall. And why not. Roma is fantastically rich. Assuming she has fallen in love with him (the biggest oddity of all with the script), why would he buck the horse. Of course, its all very odd. Why would he think this grieving woman would fall in love with him. I mean, was that his plan from the start?

In the end, as Bavian believes he and the grieving Roma are setting sail to some tropical place, Rogen gets her sweet revenge and Roma and Grant get married and have their honeymoon in Bermuda. Yes. The ending is very much, blink and you miss it. But I cannot deny that it was very satisfying seeing Bavian getting hanged with those ropes. While there are undeniable missing links in the story arc, there are enough glimpses of something interesting to make the movie worthwhile. I’m actually surprised someone hasn’t come along and re-spun the tale (hmm….that gives me an idea). If you’re in the market for something classic, Supernatural is certainly that. 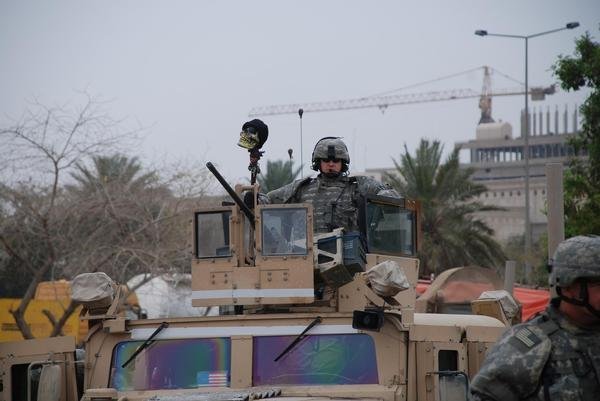 “Evil resides in Amon Palace. Something worse came to visit.”

Be sure to check out our last review on… 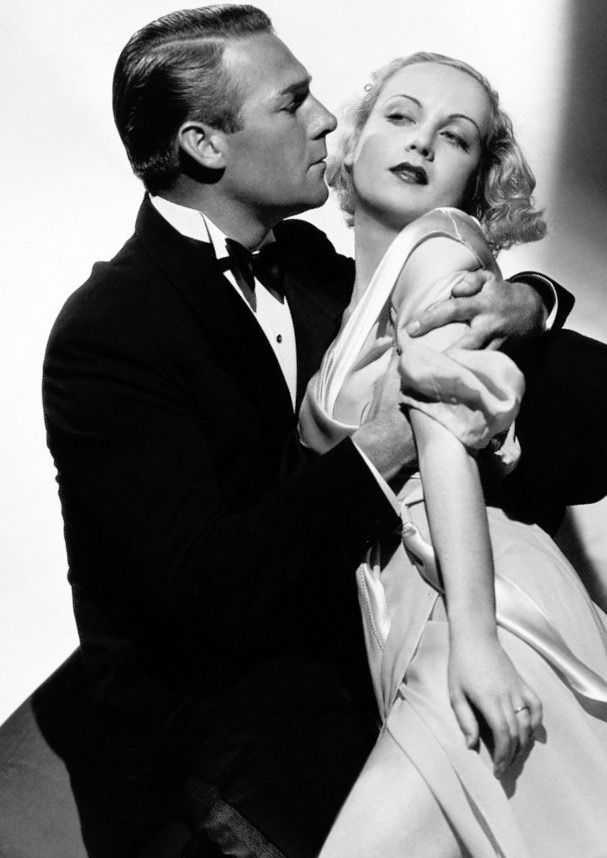