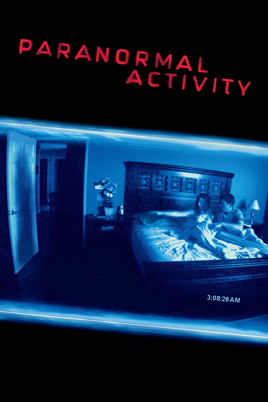 The other is Paranormal Activity.

First off, I thought the film cleverly dealt with the common fault line of many of these kinds of movies. Namely, you reach a point where, suspension of disbelief be dammed, why the hell are they still recording this? It was a smart move to make this a young couple (Katie and Micah) who has installed an expensive video camera as a way of catching and documenting strange events in their home, as this makes for an actually logical reason for the footage existing. And yes, this movie still falls into the trap of pushing logic, as Micah seems to pick up the camera any time he leaves the room. Are there sections of the movie that don’t make sense? Sure. Would he really be standing there pointing a camera at her while they are in the middle of arguing, as an example? Or would he really take the time to record a mundane conversation in the middle of the day? Film themselves while they watch footage? No. It doesn’t make sense. I’ll admit that. And as Katie seems to repeatably put her foot down and demand that he shut down his little project, it does stretch beyond reasonable as to why she’s still putting up with it. But the thing about movies like this is that you have to be willing to relax a little and not get caught up in the logic of it. And in this film specifically, the use of a fixed camera position in addition to the more silly, carrying the thing around the house all the time for me gave it a nudge of greater believably.

The inherent challenge of movies like this is that people will tend to love it or hate it. The film either scares the crap out of you or it leaves you perplexed, glaring at your friends saying, “Seriously? You thought that was good?” Paranormal Activity is the kind of film that heavily relies on the imaginations and visualizations of the viewer. While there are some genuinely well-executed jump scares in this, a lot of it is pretty subtle and often you don’t pick up on it unless you have your sound cranked up.

And that isn’t to suggest that if you didn’t like it, you lack imagination. Just that the filmmakers are depending on your willingness to fill in the empty spaces for them. And many viewers are simply less willing to do that. And they’re the ones (I think) who are left grumpily watching this movie muttering, “Wow. Footsteps. That’s really scary.” That’s fine. I really do get it. But for me, it’s a feeling I got again recently when I watched The Witch. It’s a masterclass on how you can scare with what you don’t show as much as what you do. It’s about creating unease and discomfort through the atmosphere and environment more than anything. Watching Paranormal Activity for the first time in the theater, I was white-knuckling through pretty much every scene at night in that bedroom.

The point is that I think Paranormal Activity has the most potential for success in viewers that are willing to let go, sit back and just go with the flow of the narrative. The acting might not be the most stellar I’ve ever seen but it’s also important to remember that these aren’t supposed to look like actors. It’s a fine line to toe between portraying a character without looking like you’re portraying a character.

The concept is great, starting with a dark, family history and some minor, innocuous moments that brilliantly build in tension and intensity until the end when I found myself just about as crazy as the characters on film. There are occasional moments where there is the possibility of being saved, dangled in front of them, but it all ultimately spirals down to the brutal and dark ending that I think the story rightly calls for. Towards the end of the film, the behavior of Micah grew nearly unwatchable for me as he seems to throw roadblock after roadblock at Katie who clearly, from the start, wants to reach out for someone who can help them. His insistence on being the one to solve the problem and his flippant antagonizing of the entity in their home likely seals both of their fates and as the viewer, I’m sure I was supposed to feel every ounce of that anger I felt towards that character for being so stubborn. 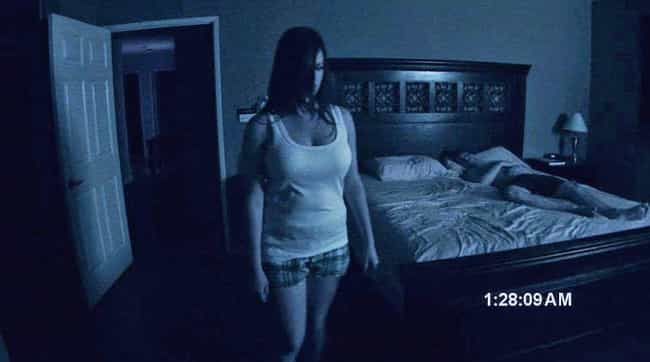 I love the use of sound in the movie which makes seeing it in the theater actually a uniquely awesome part of the experience. Again, it’s hard to really pull off something like this but for me, the net effect of the work of the production was to make me feel like I was a part of those scenes and that story. The documentary feel of the movie is incredibly effective as you play pretend at bearing witness to some kind of morbid, historical record of the disturbing tragedy of these people’s lives.

One last historical note that Paranormal Activity has held for me is that this was one of the first times I took note of how intensely negative social media could be in the treatment of female performers, taking on the form of fat-shaming in this case. I found myself pretty disgusted by comments I saw online directed at co-star Katie Featherston. Despite appearing, by all rights to be of a perfectly healthy body type, there were way too many egomaniacs with no actual knowledge, acting like they had the authority to diagnose from afar whether or not she had a weight problem. And obviously this has absolutely nothing to do with the movie. It’s little more than man-babies acting like the only purpose a woman has in a movie is to look physically attractive. For the record, I thought that Featherston put in a fantastic performance. As the one who had to carry a lot of the emotional weight of the story, I thought she was brilliant at portraying this woman trying to protect herself as well as her home, while at the same time, navigating life with this partner who often seems pretty full of himself and doesn’t take what she has to tell him very seriously.

I re-watched this recently as it is available via Amazon Prime. I was impressed at how much I was still affected by certain scenes and by how much the atmosphere of the film comes across, even on the tiny screen of my phone. I know a lot of people don’t like it and as for the rest of the franchise, it’s okay. But for me, the original movie, Paranormal Activity was (and still is) a fun viewing experience. 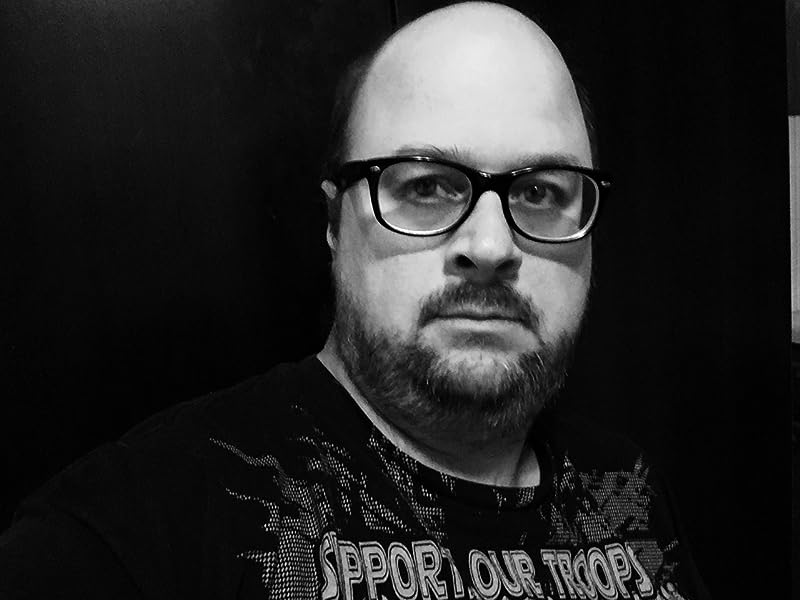 “With an introduction by Richard Chizmar and tons of guest reviews, this book is over 600 pages of pure King fandom. Get your copy now!” 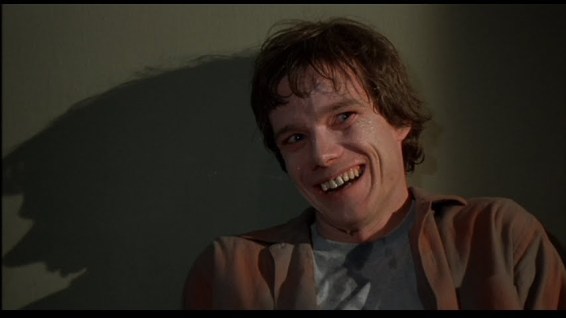