Fresh from Fright Fest we’re resuming our annual In Review series with a special double slasher feature with the remakes of The Texas Chainsaw Massacre and The Hills Have Eyes. Yes. Okay. First off, I understand that reboots and remakes are typical fodder for heated debate. Often, i would agree with the naysayers and who much rather prefer new stories instead of rehashed ones. HOWEVER…sometimes a reboot or remake is just what the doctor ordered, no? Consider Cronenberg’s 1986 The Fly versus Kurt Neumann’s 1958 original staring Vincent Price. Or Don Siegel’s 1956 take on Invasion of the Body Snatchers versus Philip Kaufman’s 1978 version. While these originals were themselves fantastic films, the remakes added to the story for a new generation of moviegoers. Today’s double feature films are not necessarily better films than the originals nor are the above mentioned movies, but they weren’t totally unnecessary. Right? Let me explain myself.

“In this remake of the horror classic, a group of young travelers — including Erin (Jessica Biel), Andy (Mike Vogel) and Morgan (Jonathan Tucker) — comes across an isolated rural home while driving through Texas. Unfortunately for them, the decrepit house is the residence of a family of deranged backwoods killers, most notably a hulking masked brute known as Leatherface (Andrew Bryniarski), who begins to hunt the stranded youths down. Will any of the friends survive the nightmarish ordeal?” -Google Movie Synopsis.

The Texas Chain Saw Massacre directed by the legendary late director Tobe Hooper in 1974 was a landmark film about a group of friends on a road trip to visit an ancestral homestead and could never nor should be “improved” upon. This film was not only made on a shoestring budget, but 44 years after the making still gives me the chills. That’s some staying power that is hard to duplicate. The movie spoke to a generation caught between the Vietnam War (November 1, 1955 – April 30, 1975) on one side and a series of civil unrest on the other (MLK and JFK assassination, movements including the civil rights movement, the student movement, the anti-Vietnam War movement, the women’s movement, the gay rights movement, and the environmental movement) and thus had cultural significance. Not to mention the 1970s Energy Crisis which seemed to make a growing recession and a steadily rising unemployment rate that much worse. 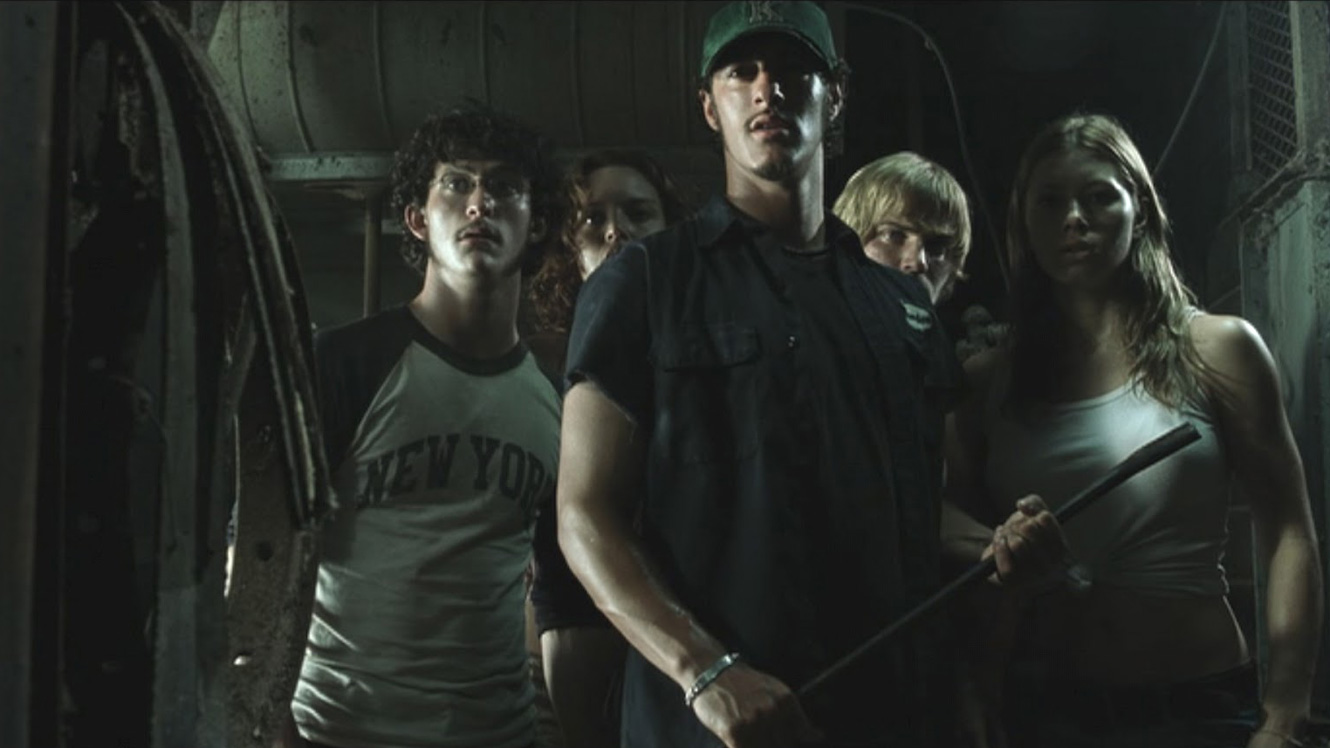 Times were tough. Hence the unique timing of Tobe’s landmark film. There were unanswerable questions on just what America had become. Was our plight fate, destiny, written in the stars or was the world and ourselves by proxy simply a fucked up place with no significant meaning to the rhyme or reason? Similar in tone some could say to another late legendary director’s film. Wes Craven’s 1977 cult classic The Hills Have Eyes put audiences in the story about a small American family taking a road trip out west. One doomed short cut later and they run across cannibals who want the things they have living in the dessert cliffs. Talk about eviscerating the American Dream!

Well, that’s some fine and dandy historical footnotes about the originals, but what (you may be asking) does this have to do with the remakes?

The War in Afghanistan (2001-present) and the Iraq War (2003-2011) began in essence by what happened on September 11, 2001. The images on the nightly news, in the papers, on TV absorbed into our cultural malfeces and an eruption of vows for revenge soon followed for lives lost and the fear it created in the American conscience. Carpet bombs and military prowess replaced a nation in mourning. The hunt for the American “boogyman,”  Osama bin Laden, eventually shifted to another personification of evil, the then Dictator of Iraq, Saddam Hussein. On March 20th, 2003, the Iraq War began as an United States-led coalition overthrew the government of Hussein. The conflict continued for much of the next decade as an insurgency emerged to oppose the occupying forces and the post-invasion Iraqi government. What started out as a mission to end terrorism, only increased it. Iraq fundamentally became a giant sandbox for Al-Qaeda to send recruits for real world training against American forces. 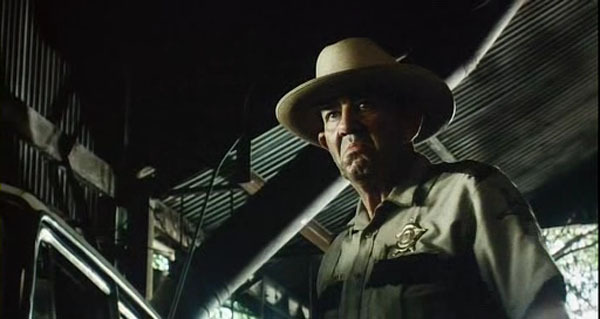 The Texas Chainsaw Massacre remake released on October 17, 2003, now several months into the Iraq War and about two years into the Afghanistan War. Violence continued to grow as news networks reported the duel wars constantly. In 2001, I myself became entangled with this “new world” after joining and shipping off with the Army to Basic Training…and later in 2003 deployed to Iraq. So, as you can imagine, what became of cinema in the 2000s, especially horror cinema was and has been extremely interesting for me to think about. In the 1970s, The Texas Chain Saw Massacre and The Hills Have Eyes were considered part of this surge of hyper violent horror movies that became known as Savage Cinema. There were a slew of films that beefed up the gore as if in response to the confused and violent world around us.

2003 and the increasing wave of death and terror and violence and uncertainty and a growing discontent to exactly just what we were doing in the war on terror kicked started what i call the Second Era of Savage Cinema, ushering in movies like SAW, Wrong Turn, Hostel, FEAST, and new takes on The Texas Chainsaw Massacre, The Hills Have Eyes, and all the sequels that followed. While not a “fan favorite,” The Texas Chainsaw Massacre: The Beginning (released in 2006, sometime after I had shipped off to my third and final tour in Iraq) was an interesting look at America’s boogeyman who strikes in the dark and disappears–his whereabouts unknown.

Out of the two films discussed at length here, while I enjoyed the new take on The Texas Chainsaw Massacre (mostly because R. Lee Ermey is fantastic to watch in a horror movie), it still cannot top what Hooper did back in 1974. What Hooper did was shocking enough. The Hills Have Eyes however, while Craven’s original is a cult classic and a decent film in itself, I have to say the 2006 version is way more fucking brutal and telling of the times.

“Bob Carter and his wife Ethel, along with five other members of the family, are heading for San Diego with their camper vans. An accident strands them in the desert and while two of the men go for help, the others are forced to wait. They’re unaware that they’ve ended up stuck near the site where, decades earlier, nuclear tests gave rise to a group of mutant monsters who have developed a taste for human flesh” Google Movie Synopsis.

While following in the footpath of the original pretty closely, the 2006 film directed by Alexandre Aja really ups the intensity. The death scenes are cringe worthy, the rape scene drawn out and uncomfortable, the cannibalism and sheer terror is felt. Even the cannibals themselves are more grotesque and obvious ghosts from the sins of Americas past, a clan of people suffering from horrendous radiation sickness and deformity caused from our testing and dropping of nuclear bombs in the desert wasteland of America. And the story of the young father who goes after his baby–gets shit done, but comes back severally changed by what he did rings of soldiers returning from war–also forever changed by what they did and saw.

Yes, reboots and remakes are hotly contested among horror fans. But if you have yet to see the two discussed here today, I highly recommend both, especially the 2006 The Hills Have Eyes. Just be prepared for some high intense gore and creepy deformed monsters. And be sure to watch the sequels, The Texas Chainsaw Massacre: The Beginning is fantastically out of control and utterly brutal.

“This book starts right from the beginning. Great action and suspense from a bunch of different viewpoints. Really enjoyed reading how it all began and waiting for the next book” -Wolfman.