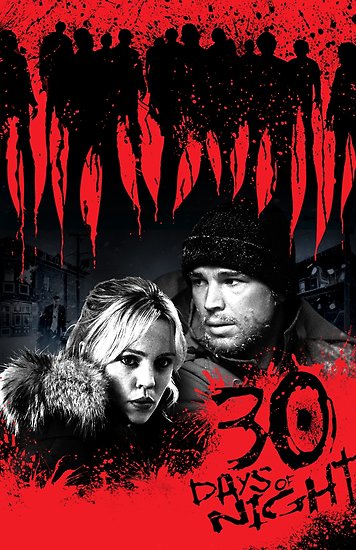 And here we are. We made it through yet another 31 days of Fright Fest. This was our third year running, and with each I think we’ve gotten better, adding more and more really cool movies. We could not have done this without the amazing writing from some stellar contributors. And we certainly appreciate readers such as yourself, taking time from your day to read our thoughts and ramblings on dark and twisted movies. So, without further ado, let’s get into this final review for 2018’s Fright Fest. As for vampire films, in the early to late 2000s, it seemed as if they had lost their bite (pun totally intended). The vampire as a monster had somewhere along the way from Dracula to Edward lost its sensibility of being in fact a monster. For me, 30 Days of Night was an answer to my lament for the return of scary vampires.

“After an Alaskan town is plunged into darkness for a month, it is attacked by a bloodthirsty gang of vampires” IMDb.

30 Days of Night started as a three-issue horror graphic novel (a cooler way of saying “comics”) written by Steve Niles and illustrated by Ben Templesmith. If you don’t know who Ben Templesmith is, you need to go check out his work. My favorite of his is from the Dead Space graphic novels that came out as a prequel to the first game. His style of art is very creepy and should be on the list of every horror reader. Eventually, the adaptation journey, which started in 2002 (FYI) with initial pitches, at one point garnered the interest of  Sam Raimi. Rights and scripts got tossed around a bit and eventually landed on a story that was somewhat reminiscent of the comic book series. But not completely.

The movie starts off with a very strange meth addict looking dude (played by Ben Foster, of course) rowing to shore. He turns and stares at a seemingly derelict ship, a rather impressive looking cargo vessel for whom we can only assume belongs to the Adams Family. He turns and starts off in the direction of Barlow, Alaska–a very remote American town on the very cusp of the Great North. Next, Sheriff Eben Oleson (played by Josh Hartnett) and Deputy Billy Kitka (played by Manu Bennett) are looking out to sea enjoying the last breaths of sunlight before Barlow is cast into 30 days of darkness. Everything seems fine until the sheriff notices a pile of long range radios and satellite phones–all burned in the snow. Both sheriff and deputy question who or why someone would do this. Prank or something more sinister?

In town, residents of Barlow are preparing for the yearly event–most of everyone is leaving for more sunny parts of Alaska. About a quarter of the population (some 100-200 souls) stay behind. We also find out that the sheriff is estranged to his wife who so happens to be in town doing routine fire house inspections. Why she waited until what she knew was going to be 30 days of night, also apparently 30 days of strong wintry weather in which no planes can take off or land, is beyond me. And as you may have guessed, thanks to what we call “plot convenience” Stella (played by Melissa George) misses the last flight out and is stuck.

On their way to the police station, the Sheriff gets an urgent call involving slain dogs in town. I’m sure there is a technical name for them, Huskies maybe? Sled dogs? Anyways, some maniac butchered the towns entire pack. Which for a town such as Barlow, eliminated any chance of an emergency escape due to their remoteness. The sheriff is starting to put the pieces together. Someone in town is doing their best to isolate them. Destroying sat phones and long range radios. Soon, even the local helicopter has been trashed.

Who is doing this? Why?

Eventually the Sheriff along with Stella, confront a stranger in town, the lovely meth addict looking fellow who seems to be slightly agitated that the waitress in the diner will not serve him raw meat or alcohol. He takes a swing at the sheriff and is quickly pacified. Back at the station, the Sheriff begins questioning the suspect on all the unanswered whys. And here the stranger gives us some really memorable quotes.

The Stranger: Mr. and Mrs. Sheriff. So sweet. So helpless against what is coming.

Stella Oleson: He’s just trying to freak us out.

Sheriff Eben Oleson: We have more important things to think about. I’ll check on Gus.

The Stranger: Check on Gus. Board the windows. Try to hide. They’re coming. This time they’re gonna take me with them… honor me. Yeah. For all that I have done.

Sheriff Eben Oleson: They? Who are they?

Well, the plot has become a little more clear. The stranger was sent to deter any attempt for the remaining residents of Barlow from escaping or calling for help. The only question remains, sent by whom? As in answer, the phone lines suddenly cut off. And the internet goes dark. Something isn’t right. More aggravated than scared, the Sheriff decides to ride out to the communication station to check on Gus. Prior to this, we get a little scene with Gus investigating strange sounds outside his trailer. Out in the snow, he is quickly surrounded by fast moving growling shadows.

Slowly, something or somethings are descending on Barlow, moving in from the outskirts of town. Mr. & Mrs. Sheriff discover an utterly destroyed communication station and Gus–missing. On their way back to the station, they are attacked by some very fast moving and strong animalistic shark teethed vampires. All over town, residents are being butchered out in the streets. White snow is stained red. Fumbling for a plan, the Sheriff and Stella hide together with a small group of survivors in the attic of a abandoned house.

Here is where some people have issue with the movie. And I agree. The 30 days of night seem to speed by with various attempts to save people or folks running out into the storm only to get slaughtered. And while the movie may only be less than 2 hrs., they could have done a better job capturing the feeling of hiding for 30 days, the feeling of extreme isolation and paranoia and fear of being found by these prowling monsters. In actuality, what we get is a sense that they’ve been in the attic for maybe a few days, not weeks as intended in the story. I also have beef over the pacing of the film. Much like a lot of apocalyptic type features–they rush to the mayhem. For a movie like this, the snowy wintry town isolated from the world, it would have been better (I think) for the story to have a slow escalating intensity. Take your time. It seems once things started going, suddenly the entire town was under attack and everyone was dead. And while shock and awe has its place in storytelling, I personally wanted a little more build up first.

Despite this, there is still a lot about 30 Days of Night that i really enjoyed. The vampires are actual monsters. Sure, they are wearing fancy tattered looking clothes. They look human–for the most part, but upon closer examination we begin to notice the black eyes and rows of shark-like needle teeth. And these monsters act with a pack like mentality. The pack leader in this tale is named Marlow (played wonderfully by Danny Huston). They work together systematically slaughtering Barlow residents and drawing those in hiding out into the streets. At one point they send a woman to walk down the snow thick street calling for help. Along the roof tops, the vampires follow, waiting to pounce on anyone dumb enough to help.

[Marlow looks around, and then after a long pause he stares into Kirsten’s eyes]

Marlow: [coldly, in English] No god.

Her death is especially brutal. And the survivors in the attic decide they need a more secure hiding place. They agree to run to the Utilidor, a power and sewage treatment station. As the group flees, keeping to the shadows and alleyways, the vampires attempt to lure them out by now sending a little girl no older than six to walk the main road calling for help. Stella cannot sit idly and runs after the girl. The group is separated and the Sheriff soon discovers his estranged wife is hiding underneath a truck on the main road with the little girl in tow. She survived somehow, but in extreme cold temps, and vampires prowling nearby, for how long?

A month has somehow gone by and the sun is due to rise, so the vampires start to burn down the town to destroy evidence of their presence, and prevent any survivors from telling the world what happened. The Sheriff wants to save his wife and the little girl but  he knows he cannot defeat that many vampires as a normal man. So, he does what any loving husband would, he turns himself into a vampire by injecting himself with infected blood. Yup. Science, bitch! He then confronts Marlow in a badass hood up over his head slow walk, and they soon get into a vicious fight. By luck, sheer tenacity, or both, the Sheriff kills Marlow by punching his fist through his mouth out the back of his head. Noticing the first glimpses of sunrise, the remaining vampires flee.

And now for the tear jerking moment of the movie, but nevertheless cool and real–as in the good guys, even in “winning,” don’t really win. The Sheriff knows what will happen if he remains a vampire, he doesn’t want to become a monster, so he and Stella go off to watch the sunrise together, sharing one last kiss. As the sun comes up, the Sheriff’s body burns to ash in Stella’s arms while she stares at the sky weeping.

“When man meets a force he can’t destroy, he destroys himself. What a plague you are” -Marlow.

30 Days of Night was a return to form for vampire movies. These were monsters one could be terrified of and not something anyone would want to become. Some of the old rules applied, sunlight killed them, they drank blood. Here though, they were animalistic, they hunted in packs, and they were guided by a pack leader. The isolation of the town was nearly perfect. I loved the snowy setting in a town eclipsed in darkness for 30 days. The gore and effects were solid and the premise genius. Almost original. With some really memorable and creepy moments. If you’re still a virgin in regards to 30 Days of Night, I think its about time to pop that cherry and welcome the return of the vampire as a dreaded monster and not some sparkling hipsterish emo pretty people. 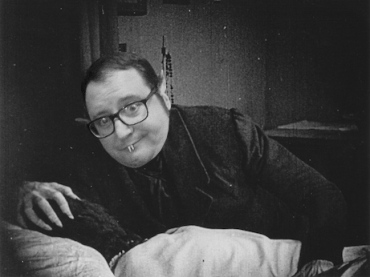 From the battlefields of Remarque’s All Quiet on the Western Front to the horrors of Stephen King’s Salem’s Lot to even the absurd cult classics of J. Michael Muro movies, Street Trash, Thomas S Flowers’s love for gross and equally deeply emotionally things has no bar or limit. Such appetites saturate his own writings, from the paranormal happenings of his PSTD ridden thriller series Subdue, to his gory zombie infested PLANET OF THE DEAD series, to even his recent dabbling of vampiric flirtation in THE LAST HELLFIGHTER. He hopes that his love for the genre seeps into the minds of his readers. And that you will enjoy his books just as much as he enjoyed writing them. You can follow Thomas and get yourself a FREE eBook copy of FEAST by joining his MONTHLY mailing list. Sign up by vising www.ThomasSFlowers.com.

(Available on eBook, paperback, and audiobook!) 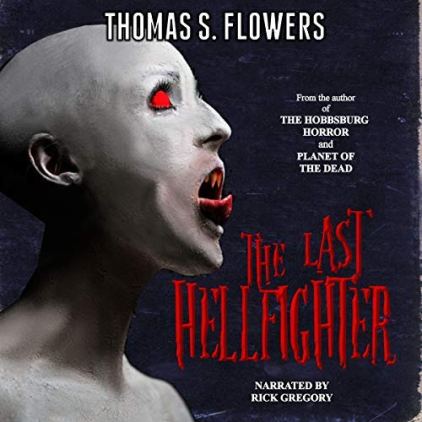 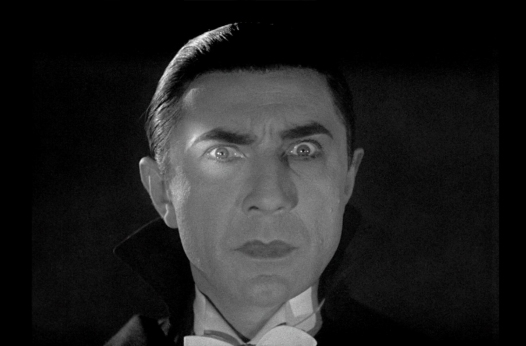