Silence is terrifying.  Sure, screams and loud sounds will make you jump; there is something eerie about the silence. When moving pictures were first introduced in the late 19th and early 20th century: sound was absent.

For most movies this added little benefit and a lot to the imagination, what did the character sound like, were birds singing in the background? Sound is important for the very survival of creatures of all kinds; it allows for prey to hear the predators approaching from the distance. The lack of silence allows the predator to kill, unnoticed.

Vampires in all accounts are the perfect predator, they blend in among us, hunt from the shadows and use the noise of the metropolis to stay silent.  At least, the modern interpretations, but what if we take a look back in cinematic history, where sound was absent and the darkness could only be cured by the grace of light.

Nosferatu, is a German vampire film from 1922, directed by F.W. Murnau.  Nosferatu was supposed to be a film adaption of Bram Stoker’s novel Dracula, but the widow Stoker had no intention of selling the rights. So names and places were changed to create an original story. One that would prove to be similar, but different enough.  Dracula became Count Orlock, Harker became Hutter, and the plot remains the same. Hutter travels from Germany to Transylvania to settle a real estate deal with the mysterious Count Orlock, who travels back to Germany, and begins his reign of terror.

The story follows Dracula to a T and a few tweaks exist here and there, but overall, the same story. But that doesn’t mean it’s a bad story.  There is just enough change to make its own and its own characters. Count Orlock takes enough from Dracula, but is his own creature all together, by his movements and blank stare into the camera, when Bela Lugosi portrayed Dracula there was an elegance to his flow, and delivery with his lines (Editors Notes: This was mostly due to that Lugosi did not know much English at the time of filming and had to memorize his lines as they were). Max Schrek’s portrayal of Count Orlock is more animalistic—hunting in front of the camera, cautious with his steps. Seeing Schreck play Orlock can only be described as brilliant. A “dance macabre.” What makes his portrayal outstanding is not just the method of acting, but the effects used to create Orlock. The make-up is top notch and very well done for a film in the 19-twenties. If one were to look at a picture of Max Schreck and look at a picture of Orlock, it amazes how there is a minimal similarity between actor and character.

He is a predator, moves and acts like an animal. This makes the performance far more interesting and frightening than Lugosi’s Dracula.

One thing that makes the movie pop out to horror fans is its simplistic use of lighting to ensnare the audience.  A purple shade was shown to introduce the night and white to represent the day. By today’s standards, it doesn’t seem much of an effect, but it gives the feeling of transition.

Nosferatu isn’t superior to Dracula, not by any means, and that’s why it should never be compared. Nosferatu is a fantastic film, a classic!

What can be hard for normal viewers (those not accustomed to silent film) is the hour and a half run time and the constant pauses for the text to appear, it can be daunting and distracting.  One of the bigger issues with the film is the music, nothing is memorable, and it doesn’t add much to the film, in places doesn’t fit much with the scenes that it is being played with, which can take one from the film, rather quickly (Editors Note: Keep in mind the period we’re talking about. Back in the 1920s and 30s, for silent and the first emergence of “talkies,” a live orchestra would play. Movies back then had a different concept, it was more of a spectacle than it is today).

We live in an age now where Vampires are beautiful creatures; who are dammed for eternity to feed off the blood of humans, but Nosferatu is one the classics, the oldies that brings back vampire to being horrible, terrifying creatures that stalk the night and drain our blood. Creatures to be feared, creatures to run and pray. It is good to see vampires in that light, it makes understanding them harder, one can’t understand evil, and will always try to find the good.  This is what makes Nosferatu one of the best vampire movies. There is no good, there is no redemption, the only thing he craves is blood and his need to follow the most basic instincts: to feed.

Nosferatu is a classic, an original, a movie that helped shape a genre.  If you’ve never managed to see the film. Do it. It may not be Dracula, but it is its own and it makes it wonderful. And as very few movies from the twenties have done—it has stood the test of time and has become a pillar in the vampire trope and mythology, Nosferatu was the first and will continue to inspire generations of Silver Screen Blood Suckers. 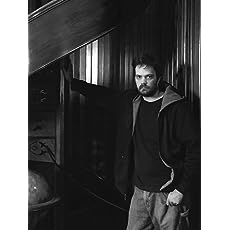 Kurt Thingvold is no stranger to Machine Mean, having reviewed for us on several occasions, including his previous review on Godzilla (1954) and Jurassic Park (1993). Kurt was born and raised in IL. He finds passion in writing, that helps calm his demons. He grew up in a tough household that encouraged reading and studying. He spends his time writing in multiple of genres. His published short story, Roulette, can be found on Amazon. When not writing he can be found playing games, reading, or attempting to slay the beast known as “Customer Service”, which, he fails at almost every day. As mentioned, Kurt is a frequent flyer here on Machine Mean, you can also check out his previous review on Ridley Scott’s legacy movie Alien here.