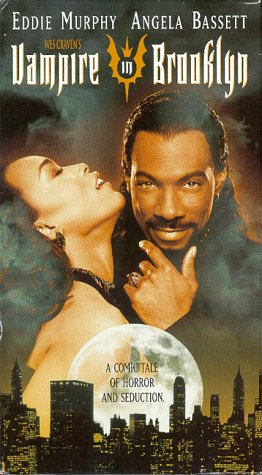 Vampire in Brooklyn wasn’t the vampire movie we wanted, but as far as 1995 goes, it was the vampire movie we needed. Nor is Vampire in Brooklyn the most notorious on our vampire movie lineup everyone loves to trash–that honor has been reserved for another movie you’ll see in the weeks to come. While not the most hated, Vampire in Brooklyn certainly doesn’t doesn’t deserve the hate it does get. 10% rating on Rotten Tomatoes, 2 stars on IMDb, and 1 star from Roger Ebert, I’m not feeling much love out there. 1995 produced some really great movies, Se7en for one. Braveheart also came out that year, as well as Apollo 13, HEAT, and Batman: Forever (yes, I included Batman Forever, get over it). Those are some heavy hitters. But as far as horror (Se7en should be in that category), the pickings were slim. We had maybe four or five good ones, including Lord of Illusion, Tales from the Hood, Demon Knight, The Prophecy, and Candyman: Farewell to the Flesh. All great. All super dark in material and context. Horror is by nature dark and heavy and somber, but between real life horrors, the Oklahoma City Bombing and OJ being found innocent, we needed a break from reality. For me, Vampire in Brooklyn was a welcomed break from the real world.

“In the wake of her mother’s death in a mental institution, detective Rita Veder (Angela Bassett) is assigned to a baffling serial murder case. After examining the crime scene — a corpse-filled ship found adrift at sea — Rita meets Maximilian (Eddie Murphy), a smooth-talking Caribbean playboy determined to romance her. When Rita begins suffering from crippling hallucinations, she calls upon Dr. Zeko (Zakes Mokae), an occultist who suspects a vampire is on the loose.”

The above synopsis was provided for by Google and not the usual IMDb who I typically use. The synopsis isn’t bad, surprisingly. But there’s more going on than “smooth-talking Caribbean playboys.” For me, Vampire in Brooklyn wasn’t just about a “last surviving vampire” trying to find his mate, to me this movie touched on finding our place in a world gone topsy-turvy. It seemed like everyone was pissed off about something back in 1995. AIDS, abortion, murder trials, and domestic terrorism flooded the nightly news. 1995 was kinda a frightening place for a kid (such as myself) coming of age. Vampire in Brooklyn became a relief. Yes, dark and gory, but like all good horror, it carried a message of belonging. A horror comedy without going too far with the shticks, unlike Mel Brooks’s Dracula: Dead and Loving It. 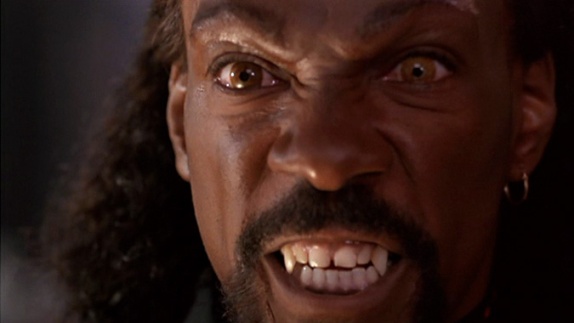 For me personally, the cast and story were fantastic. The opening is one of my favorites, so much so I took the concept and used it in my first vampire themed book The Last Hellfighter. Vampire in Brooklyn opens at an undisclosed port in New York City, Julius and Uncle Green are sitting in front of a small black and white TV watching Family Feud. The dialogue between them is hilarious. Suddenly a massive ship crashes through the wharf into lot of really old looking docks and smashes into Uncle Green’s longshoreman (?) office. After some vulgarity the pair climb a ladder and inspect. It doesn’t take long and Julius bounces leaving his uncle to investigate the seemingly derelict vessel. Why? Well, Julius is what his Uncle affectionately calls a “pussy.” Scared, annoyed, and curious, Uncle Green shines a flashlight and calls out, “Ahoy, motherfuckers?”

He soon discovers the boat is not completely empty. There are corpses everywhere. And to make matters worse, a giant black wolf runs him down, escaping into the streets below. Uncle Green watches as the wolf enters a nearby alleyway and, seeing its shadow,  “flip-flopping-and-shit” into a man. John Witherspoon (Willie Jones in Friday) is perfect for this movie. Sure, he pretty much plays the same character in every movie, but it fits. And he is the only one who can play that role. 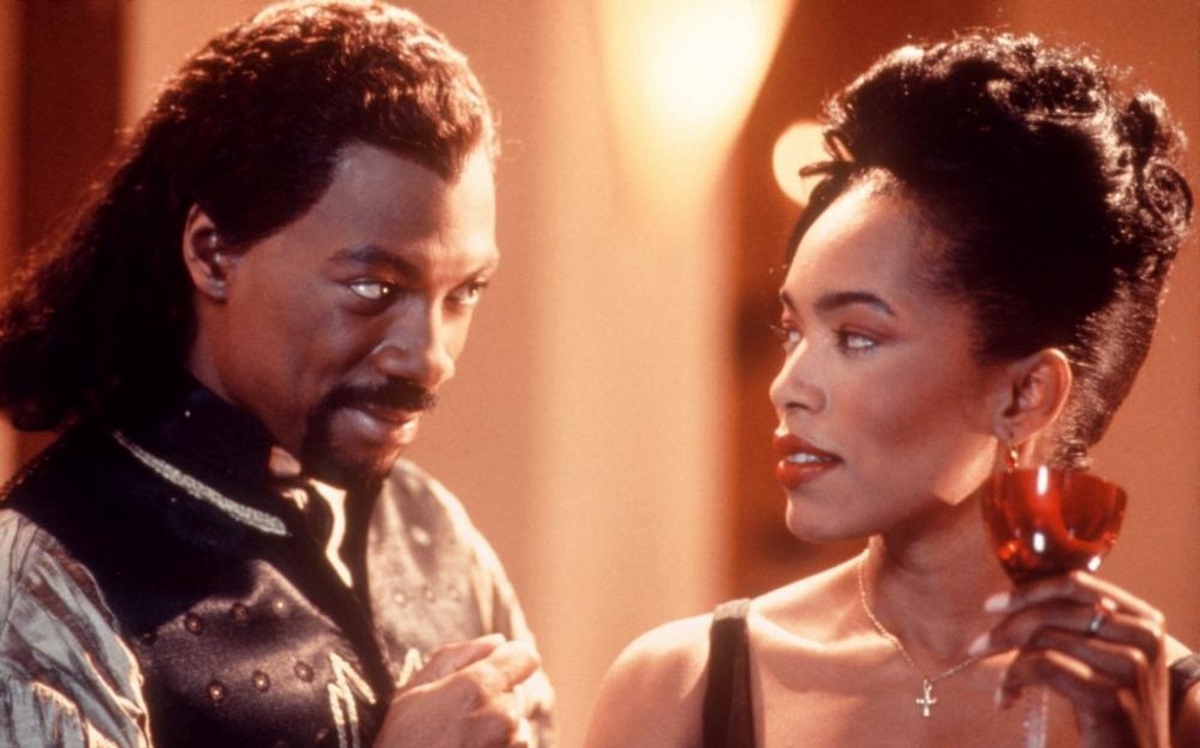 After the “flip-flopping-and-shit,” we catch up with Julius who gets tossed out of his girlfriend’s (?) apartment for falling asleep while having sex. The exchange between them is fantastic. He’s spotted by a pair of Italian gangsters who he apparently owes money. Mitch Pileggi (Skinner on X-Files) plays the role as Tony, a hit-man for the mob. Unaccredited–i’m not sure why, but its a fun cameo. He’s saved by none other than the Vampire in Brooklyn, who calls himself Maximillian (played by Eddie Murphy). Tony gets his heart ripped out and Julius gets inducted into the Monster Family. Using his own blood, Max turns Julius into a “ghoul.”

The “ghoul” in Vampire in Brooklyn is pretty interesting. I don’t think we quite see it like this in other “classic” Dracula movies. I could be wrong. Renfield certainly behaved as Dracula’s “ghoul,” both renditions behave as if they are brainwashed, and Julius does share an affinity for dining on insects. The big difference between them is that Julius becomes more or less a zombie, slowly rotting away. First his ear, than his hand, and later on his eye ball. His appearance also turns ashen and his flesh wrinkled. I’m a fan of this version, I can only imagine how much more awesome Renfield would have been had he likewise rotted from the outside just as he was rotting from the inside.

Julius is “recruited” into the services of Max to not only be his eyes during the day, but to also serve him at night as his escort and driver. They shack up at Uncle Green’s, who besides also being a longshoreman also owns a tenant building. Somewhere between then and now, we are introduced to the protagonist and catalyst of the story. Detectives Justice and Rita. Justice plays the suave partner who doesn’t believe in any of that supernatural bullshit. Whereas Rita is more naturally intuitive to things she cannot fully explain. Angela Bassett (Rita) has played some awesome roles on AHS, making it kinda fun looking back on Vampire in Brooklyn, especially considering her role in AHS: Hotel. 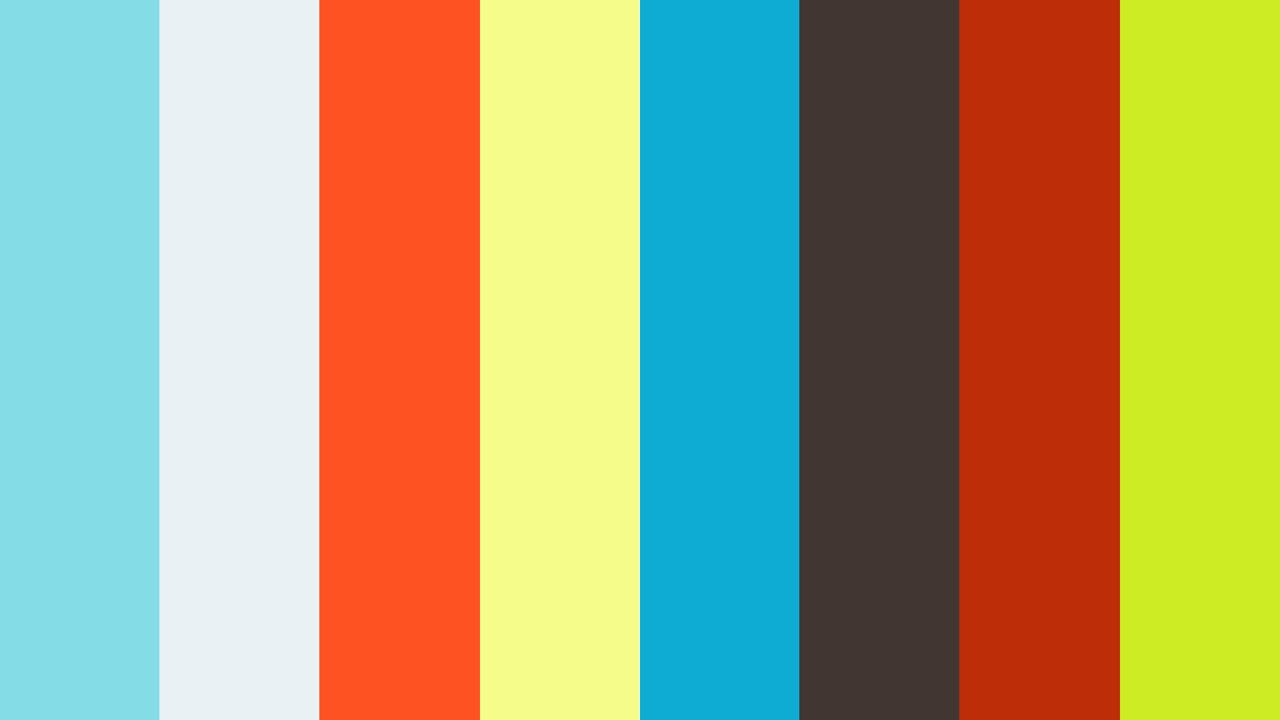 As the synopsis suggests, Rita is progressively plagued by nightmarish visions as the people around her seemingly begin to betray her. SPOILERS, all of which are part of Max’s scheme in order to consummate their relationship. Its kinda like the D.E.N.N.I.S. System for saving the vampire race. In the midst, Rita is not alone in understanding the warnings of the supernatural. Doctor Zeko, played by late great Zakes Mokae (Mr. “I want to hear your scream” from Serpent and the Rainbow). Dr. Zeko has had run-ins with vampires in his past. He warns Rita not to be tempted. But as all good horror tropes do, Rita is tempted and falls for Max’s seduction.

The ending…I will not divulge. The movie as a whole is pretty solid. We know the score, what’s on the line, the end of the vampire race versus the salvation of Rita. There are heroes and villains and plenty of not slapstick comedy. Seriously, you need to see this movie for yourself. Yes, there was too much of Eddie Murphy and his “brand” of comedy back in the 90s (Nutty Professor just went on too long). And he reprises some of that in Vampire in Brooklyn, but its limited, and its done really well. At one point, he takes on the form of  Preacher Pauly, a church van semi obese alcoholic swindler who uses people’s trust in preachers as a means to gain prosperity for himself (I may have read a lot into that). He takes the form of Preacher Pauly in order to “counsel” Rita (who seeks the preachers help) and then gets forced into doing a sermon. His topic? The necessity of evil. Its amazing. And you need to see it. 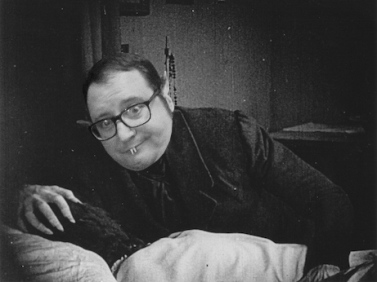 From the battlefields of Remarque’s All Quiet on the Western Front to the horrors of Stephen King’s Salem’s Lot to even the absurd cult classics of J. Michael Muro movies, Street Trash, Thomas S Flowers’s love for gross and equally deeply emotionally things has no bar or limit. Such appetites saturate his own writings, from the paranormal happenings of his PSTD ridden thriller series Subdue, to his gory zombie infested PLANET OF THE DEAD series, to even his recent dabbling of vampiric flirtation in THE LAST HELLFIGHTER. He hopes that his love for the genre seeps into the minds of his readers. And that you will enjoy his books just as much as he enjoyed writing them. Follow Thomas and get yourself a free book by going to www.ThomasSFlowers.com 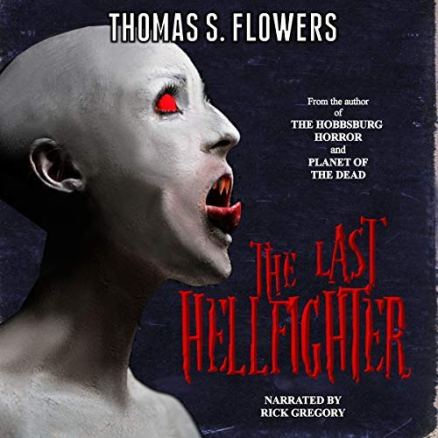 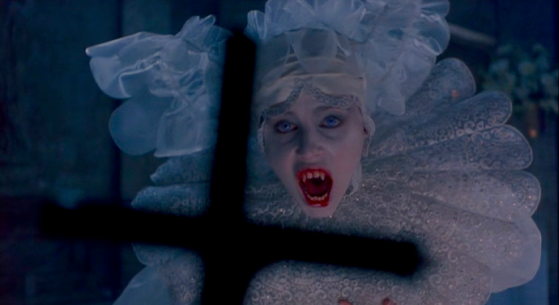