Now THIS is my kind of film. It’s 124 minutes of the stupidest, most offensive garbage I’ve ever seen – and, trust me, I’ve seen a LOT. As a taster, the top-rated IMDB review ends with the line: “How many ‘eating faeces’ scenes can a normal person watch before going insane?”

Terror Firmer is a film made by the infamously tasteless Troma studio. It’s also the Troma film to end all Troma films, and piles atrocity upon puerile atrocity, packages it in a box of provocation, and decorates that box with a bow made of congealed bodily fluids. It’s as silly and outrageously violent as you’d expect, and tells the tale of how a Troma film production is thwarted by the antics of a deranged sexual sadist who keeps slaughtering cast members and crew.

Setting the tone, the opening credit sequence greets you with the sight of a sunbathing pregnant lady having her unborn child torn shrieking from her tummy-tum. It looks amateurish and unconvincing, but it’s a statement of intent, saying: “If you don’t like this scene, then you sure as hell won’t like what’s in store!”

Leave your brain at the door, because that’s the only way to enjoy this preposterous junk. Terror Firmer is gross-out cinema taken to its logical conclusion, and it will either shock you, bore you, or thoroughly entertain you, depending on the strength of your stomach and how much filth you enjoy consuming in one sitting. Think Jackass + Bad Taste x Confessions of a Window Cleaner, with a generous helping of self-awareness.

There’s a film crew made up primarily of degenerates, lunatics, and generically attractive 1980s-style “bimbos” who need little-to-no excuse to flop their boobs out. The director, played by the film’s actual director Lloyd Kauffman, is blind (in what I assume was a self-referential piss-take about the way Troma’s critics have no doubt referred to the direction of their films). Then there’s the seductive, arrogant sound guy, who would make a kickass Frank N Furter, and the geeky female protagonist who falls for his kinky ways.

It’s fairly nonsensical stuff, and there are times when it feels as though the story is basically a flimsy thread to tie together the scenes of debauchery.

There’s a weird sub-plot about a method to take the power away from a rapist that would turn some feminists’ hair white. There are scenes that go on for way too long but which become funnier as a result, such as when an obese guy with a micropenis runs through the city with a mask stuck to his head, or when a series of empowering speeches from film crew members keeps leading to the demise of that crew member. There’s a revolting cameo from moustachioed 80s porn legend Ron Jeremy, as well as some of the most creative death scenes you’ve ever had the misfortune of witnessing including an escalator evisceration, a boom mic penetration, and worse. After a veritable tsunami of bodily gunk, tacky jokes, and gratuitous gore, the killer is revealed and the film comes to a close.

If I haven’t already made clear, this isn’t your typical serial killer flick. It’s a comedy-horror that substitutes jokes for creative excess, and scares for… well… creative excess. It’s not big and it’s not clever, but there’s something going on here.

In typical Troma style, the script careens between being embarrassingly overwritten and profoundly crude, but hiding amongst the blood, puke, and diarrhoea there are also comments on the difficulty of making independent movies, the punk ethos that underpins them, and even unexpected flashes of social commentary. That’s perhaps the odd thing about Troma movies: director Lloyd Kauffman seems to fervently believe in the importance of creating “true” art, and yet he has always been incapable of making anything that doesn’t contain lowest-common-denominator humour and the cheapest blood-drenched tricks in the book.

Ultimately, it’s all fine with me. I’m the first to admit that I have an incredibly childish sense of humour at times. While I appreciate a film that tickles my intellect, I still can’t help but laugh at the sound of a fart in almost any context (particularly funerals). I have also been known, on occasion, to giggle about poop (just read The Chocolateman if you want proof), and I love OTT taboo-baiting and gore. Use this confession to help you decide whether this is your kind of film, or one you’d prefer to drink bleach instead of sit through. 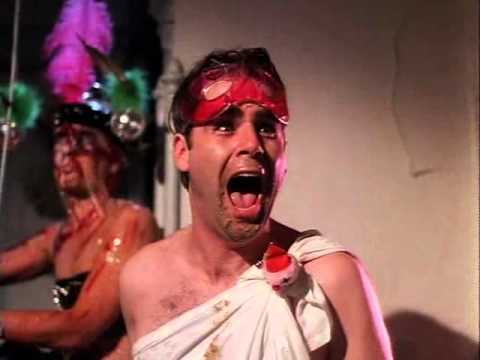 Terror Firmer is the cinematic equivalent of the infamously obscene Aristocrats joke, but for the most part it’s as unsophisticated as a caveman waggling his penis, or a 2-hour long camera shot of a woman suffering from the effects of a drink laced with laxatives.

And with the right amount of intoxication, it’s a total blast. 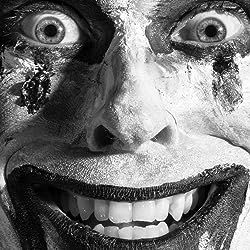 Jonathan Butcher is an English writer who likes to tell strange, unique, and usually dark tales. When he was 7 years old, his teacher banned him from writing about ghosts or monsters for an entire term – but he hasn’t stopped since. 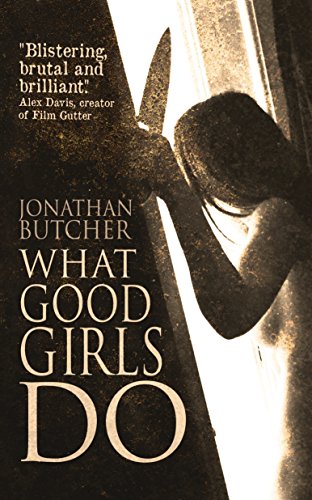