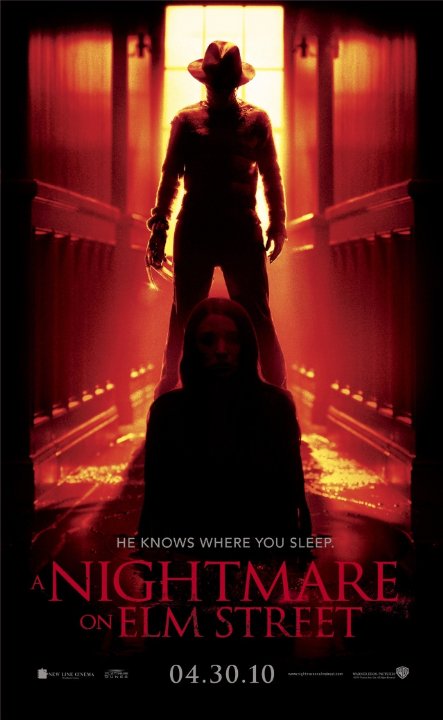 Heck, even Gus Van Sant’s shot-for-shot remake of Psycho was noteworthy for its big-studio gamble on a film that amounted to an elaborate “because I can” technical experiment.

It wasn’t until Marcus Nispel’s 2003 remake of The Texas Chainsaw Massacre – and its ultimate financial success – that the remake became a commodity, with Michael Bay’s Platinum Dunes imprint leading the low-budget, high-profit charge. With a rotating lineup of ex-music-video directors, the PD remakes were notorious for taking beloved franchise titles (and some outliers, like The Hitcher) and transmuting them into homogenized product. Viewers were lured by a familiar name, and stayed for the curiosity value; as the PD machine kept cranking, I’m sure some were lulled by the overall aesthetic similarity of the films, predictable in their audiovisual comforts.

That being said, I’ve enjoyed certain PD efforts, despite their problematic scripts, spotty characterization, and ADHD sensibility: 2007’s The Hitcher offered an excellent villainous performance from Sean Bean; and Friday the 13th did a fine job of condensing the initial trilogy while expanding the Jason Voorhees mythos. Neither film would make a year-end Top 10 Horror list, but considering the lack of inspiration and fun at the core of most PD efforts, I’ll take what I can get.

And while I wouldn’t classify Samuel Bayer’s remake of Wes Craven’s A Nightmare on Elm Street as “fun,” it is worthy of consideration in ways that are more ambitious than its PD bedfellows. Accidentally ambitious, perhaps, but ambitious all the same (again…I’ll take what I can get).

A group of teenagers in the town of Springwood fall victim to a shared nightmare populated by a knife-fingered, fedora-clad burn victim with malevolent intentions. Meanwhile, the adults of the piece wear their own masks of denial, apprehension, or outright hostility (Clancy Brown, I love ya). Their overall role is one of inaction and apathy, leaving the children – whose existence they’ve damned through their actions – to fend for themselves.

It’s the perspective on parenting that most distinguishes Nightmare 2010 from its 1984 predecessor, which presented parental figures as a paradox of overprotection and cluelessness, looking to lock up kids “for their own good” instead of letting them roam free. That film was also a canny parable of not only female empowerment (evidenced in Heather Langenkamp’s Nancy), but the notion of teenagers facing – and maybe conquering – their fears. The “nightmare” was also the great unknown of adulthood, and the fear of becoming one’s parents.

The grownups in the remake not only seem to be the sole parental figure in each household, but loom ominously in the fringes instead of taking an active role in their children’s lives. Their presence carries a spectral quality that, not unlike the appearance of Freddy Kruger (Jackie Earle Haley), conveys a guilt-based guardianship by proxy. In turn, the plot becomes a coming-of-age story, in which the kids must actively seek out the truth for themselves.

Granted, it would take a director more skilled than Bayer and writers more ambitious than Wesley Strick (the Cape Fear remake) and Eric Heisserer (the prequel to The Thing) to present the bait-and-switch wrinkle of “Freddy Kruger as Innocent Lynch-Mob Victim” with anything transcending surface-level interest. But, when it’s revealed to Quentin (Kyle Gallner) during a nightmare he has while swimming (!) that the local parents, in an extreme effort to protect their children, subjected preschool groundskeeper (and suspected pedophile) Freddy to a literal trial by fire, his shock and horror speaks to a distinct Obama-era belief in hope. Here, parental distrust is countered by a youthful optimism that, no matter how bad things are, the worst can’t possibly be true.

By the time Quentin and Nancy (Rooney Mara) are on a road trip to discover their childhood roots, their friends (played by Kellan Lutz, Katie Cassidy, and Thomas Dekker) have been slaughtered. To make matters worse, they have resorted to extreme methods of staying awake (including epinephrine injections and cigarette lighters) and are suffering from “micronaps” where the brain shuts down. These physiological considerations add an interesting angle to the proceedings, and raise the stakes for the characters.

Bayer’s visual aesthetic is dreary, but Jeff Cutter’s cinematography is far more practical than in other PD efforts. Furthermore, the typical scissor editing is mostly absent here, giving the setpieces a chance to breathe and cohere. Nightmare 2010 is slick yet approachable, at times capturing the way Craven lulled audiences into his dreamscapes through subtle trickery. The remake stacks dreams on top of dreams, to the point where the ominous musical cues indicate Freddy’s nearby, but not necessarily that the nightmare is over once he pops up.

While Craven’s teenagers were fresh-faced and appealing, the kids in this version seem depressed from the outset. Nancy is an antisocial Goth artist; Quentin is despondent and detached (he wears a Joy Division shirt for good measure); Jesse (Thomas Dekker) is an aggressive hothead; and Kris (Katie Cassidy) is the Tina stand-in, the first character to witness the eerie presence of a little girl during a friend’s funeral. 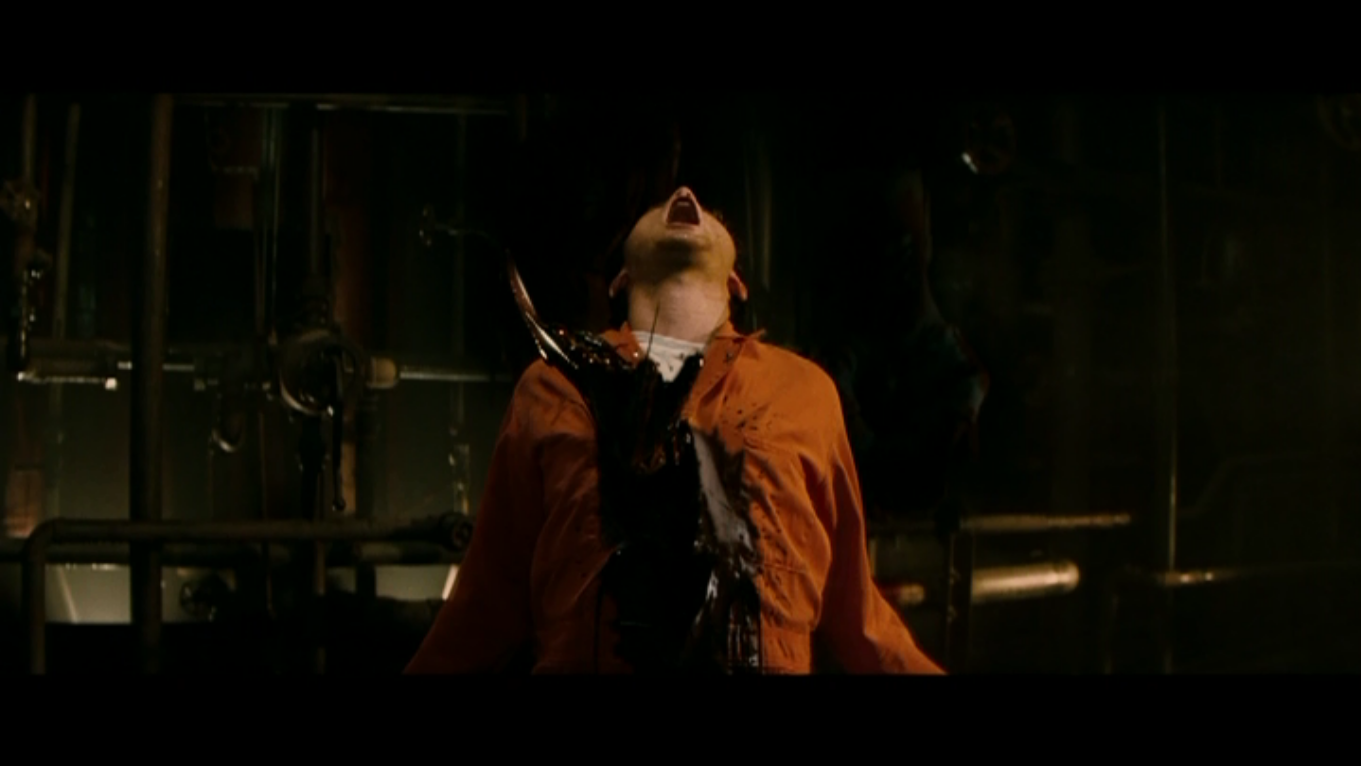 While the contrast in character conception could be reflective of two different eras, the weariness and seeming disaffection of these cloistered suburbanites (who don’t need any help from their parents to shut down and isolate) keeps in step with the exaggerated angst that informs most teenagers (hey, I’ve been there). Also intriguing is that there seems to be no delineation between the social castes of the public-school system: with the exception of Jesse (an implied high-school graduate or dropout), all of the characters intermingle with a minimum of “popular-versus-unpopular” bullshit debate. While this was probably incidental (done in an effort to keep the pace and jump-scares coming), it streamlines the film and jettisons any superficial conflicts that may have weighed the central plot down.

Whereas the explanation for the horror in the original was relegated to a monologue Nancy’s mother (Ronee Blakley) delivers to her daughter, Strick and Heisserer flesh out Freddy’s vengeful modus operandi, depicting him as a pedophile and abuser; and becoming a killer once he assimilates into the metaphysical landscape that allows him to patrol the teens’ collective subconscious.

The resulting story is as queasy and grimy as mainstream horror gets: consider the flash-cut motifs of the opening credits, juxtaposing a clean font shadowed by child’s scrawl in chalk; ditto the ethereal girls skipping rope and doing the “Freddy Chant” while alphabet blocks flicker with flame. While this felt redundant on an initial viewing, I now see it as an underlining of the film’s theme of lost innocence made worse through obfuscation. This lends the moments of homage – the aerial slice-and-slam of Kris; Freddy’s glove rising from the bathtub – a sexualized subtext that posits Kruger as a character more perverse than someone who kills with abandon just because they can.

That being said, where Nightmare 2010 falls short is in its quotation of Craven’s signature scenes: when Freddy presses through the wall above Nancy’s bed in the original, it’s a compelling practical effect; here, it’s distracting CGI. Despite the added thematic depth of the bathtub scene, it lacks the surprise and extra punch of Freddy pulling Nancy under. Even the blood-chilling image of Kris “wrapped in plastic” carries less impact because of its telegraphed nature.

The beginning of the film stumbles most in dialog and performance, establishing a parental conspiracy to keep the kids sheltered from their scarred past. But certain moments – a picture displayed at a funeral; a mother’s insistence that “who remembers anything when they’re 5” (um…) – present some gaping holes. Additionally, some of the young actors struggle to bring a pathos to their characters (who, granted, aren’t helped by the contradictory dialog early on). Later, there’s a hospital escape that requires an extreme suspension of disbelief. And Nancy’s parting bon mot to Freddy is almost as bad as “do your thing, cuz” from Texas Chainsaw 3D.

There are more details that less charitable viewers will pick apart and condemn. I’m not saying Nightmare 2010 is an unproblematic enterprise.

With a character as iconic as Freddy Kruger, and a performance as iconic as Robert Englund’s, the recasting of the role is one of the lynchpins of the remake’s modest success. While the PD factory does little subtly, the decision to cast Haley – former child star of The Bad News Bears who also played a paroled pedophile in Little Children – is a case of the obvious choice also being the best. With a semi-distorted voice lending his deadpan manner a serrated edge, Haley finds a chilling balance between quips and stone-cold seriousness, and is given more room to “play” within the world of the remake. Coupled with the stronger backstory and its well-rendered ugliness, Freddy transcends boogeyman and becomes a more fully realized incarnation of evil. Within the generally uninspired world of remakes, that alone is enough to give Nightmare 2010 a recommend.

But perhaps the coup de grace comes in the form of sleep-deprived Nancy watching online video of an estranged classmate (Aaron Yoo) chronicling his nightmares, and pleading for someone, anyone, to help. The futility of his request, coupled with the vast lonely void that is the Internet – where anyone and everyone can clog cyberspace with their time (and bandwidth)-wasting thoughts* – is perhaps the most damning indictment of the culture at the heart of the film. Teenagers are invisible, humanity is disposable, and you can scream into the void until your voice gives out – but there’s nothing you can do to slow the Reaper.

*= I wrote almost 1,700 words on the remake of A Nightmare on Elm Street. Thanks for reading!

Jonny Numb (aka Jonathan Weidler) will invite you inside for a cognac after this review posts. In the meantime, you can find his other writing at Crash Palace Productions (crashpalaceproductions.com) and Loud Green Bird (loudgreenbird.com). He also co-hosts the weekly horror podcast, The Last Knock, with Billy Crash (aka William Prystauk).