For a significant number of years, the concept of slasher movies fell away. The major horror franchises of Friday the 13th, Nightmare on Elm St. and Halloween found themselves struggling to stay relevant with the demographic that made them classics. Meanwhile, in 1996, a single question stirred a new generation:

With a generation growing up with scary movies in the background, it’s only fitting that the movie introduces it’s concept on a meta level. Unlike the teens of yesteryear, we have a new horror savvy concept, ones who know the dangers of indulging in sex, booze, and running up stairs. Or do we?

The simple premise, a horror movie where a masked killer is picking off teens of the suburban town of Woodsboro California. But unlike the victims of Friday the 13th, the victims are aware of the traditional horror tropes. (Side note, why do people in horror movies never realize they’re in a horror movie? Find your Final Girl and stand ready folks!) This is introduced in an opening sequence where Drew Barrymore answers the phone and gets dragged into horror trivia. Had she only known that Voorheese mother’s was the killer in the first Friday the 13th, she may have made it to the sequel. Alas, she goes the way of the mutilated masses.

Despite what was a heavily advertised plot involving Barrymore, she is only in the film

for 12 minutes. This made a splash with audiences as the expectation had been subverted and the idea of “anything can happen” is established early. The idea that even the heroes could be killed made for a new dynamic that broke the rules.

The other component that is deeply woven into the Scream franchise is the mystery component. Other than the women of the plot, we find every male has motive, and Wes Craven does a good job of constantly feeding us clues to who it is and is not. Ultimately, the idea of a killer becomes suspect when we believe we’ve figured it out and at the same time it is impossible. Killer no. Killers? Yes.

The killer slashes the first two victims, launching the town into a media frenzy. We’re now introduced to our primary cast. We have the haunted teen, the perky female friend, the brooding boyfriend, the creepy friend, the friend who knows the entire plot, a comedic deputy and a hardened reporter. The inclusion of these characters happens quickly and Wes Craven relies on our expectation of the tropes to establish the character. He feeds us the tropes, steadily expanding upon what we know and as he gives us predictable he switches tactics to keep us guessing.

The backstory of the plot is almost inconsequential as it is in almost every slasher movie. Sydney, our protagonist is mourning the loss of her mom on the one-year anniversary of her murder. The man responsible for the crime is put away and only when the reporter, played by Courtney Cox claims she put away the wrong man, do we see a the story expand. Are the murders connected? Is the wrong man being put away? What does it all mean?

As the crime reaches the teenage populace, they do exactly what high schoolers would do. They run through the halls wearing masks, turning into terrors. Because of this, the school is closed and the teens rejoice. Honestly, the murdering may have only been a way to get out of taking that Advanced Geometry exam, I’ve done more for less.

As the celebration rages on at a party, for some reason Sydney stupidly decides to attend. She’s only been assaulted twice? So why not go to a place where every suspect is gathered so she can slam a few brewskies and lose her virginity. Murder does some weird things to the teen labido in the 90’s

Rose McGowan gets killed in the most powerful garage door opening ever witnessed on television. The reporter’s camera man has a neck slashed. The principal gets stabbed a few times. Thankfully of these deaths, it’s McGowan who puts up a fight. Instead of screaming and waiting to be stabbed, she opens a can of “whoop ass” beating the snot out of the killer. Ultimately though, she’s done in by a doggie door, one we can clearly see the thing actress capable of escaping through. The humor of the film is almost as enticing as the horror, a signature Wes Craven had no problem stamping throughout the movie.

We ultimately are faced with the killers. The only two character it could have been since the beginning. Sydney realizes she just auctioned her virginity to psycho. The two make it clear that inspired by horror movies, they’ve orchestrated the entire plot. Their motive? THEIR MOTIVE! Her mom shagged his dad, his mom left. Yes folks, we have a masterfully executed diabolical plan resulting in the death of teens everywhere and why? Cause Sydney’s mom has a healthy labido.

You’re probably asking, how do the death of Barrymore and her boyfriend figure into the plot? The answer, you need to stop asking so many questions. Do poke the plot as it rests on the top of a house of cards and at any moment the whole thing will come crashing down. The principal? Sure, angry teens, we get that. Pinning it on Cotton? Eh, Liev Schreiber probably looks hot in a prison jump suit. The rest? Cause? Boredom? Too many horror movies?

There is humor tied to jumps and screams, but the fundamental element that made Scream a movie to start a new trend, the characters with knowledge they are in a horror movie. With the first movie being such a success, both in the genre and at the box office (it didn’t make big bucks, but for horror, it met the bar) it’s no surprise that Scream launched a franchise of four movies and a tv show along with multiple parodies.

ENJOY THE REVIEW? Check out more from Jeremy Flagg at his website or his official Facebook page! Jeremy came to writing late in his professional career. For a short period he majored in Creative Writing but eventually turned to Graphic Design for a career. It wasn’t until 2006 that he participated in his first NaNoWriMo, writing an epic science fiction novel. Later he would use the opportunity to write Suburban Zombie High and his first draft of Children of Nostradamus. He belongs the New England Horror Writer’s Association and partakes in a weekly writing group called the Metrowest Writers where people are flabbergasted by his love of comics and scifi. 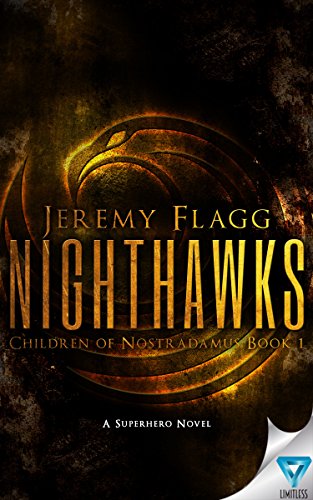 This entry was posted on March 23, 2018 by Chad A. Clark. It was filed under Horror, Movies, Reviews and was tagged with 1996, Horror, horror movies, movie reviews, Reviews, Scream, slasher flicks, slashers, Wes Craven.