The mad genius may be an over played trope, but it is still entertaining to watch. I have to wonder though if the character in question on today’s installment of Slashers & Serial Killers would fit into the mold of “mad genius.” Is Hannibal “The Cannibal” Lecter truly mad? Is he insane, mentally ill, certifiable, deranged, demented, or otherwise of unsound mind? Honestly, that’s a tall order. What he does is shocking, sure enough. I think we can at the very least say for certain that he is a genius. You don’t become a physician and practicing psychologist speaking fluently in several languages with perfect memorization and dictation of countless works of art and poetry, not to mention an obsessive culinary skill, without the moniker of said genius. Mad though…that begs the question.

Before we begin, please enjoy this not-so-lovely IMDb synopsis:

“Living in exile, Hannibal Lecter tries to reconnect with now disgraced F.B.I. Agent Clarice Starling, and finds himself a target for revenge from a powerful victim.”

Not a fan of this synopsis. Not at ALL. Once again, IMDb waters down the plot into a too simplified description. Though, to be fair, boiling down a two hour movie into two sentences is challenging, especially with a movie such as 2001’s Ridley Scott directed Hannibal. There are a few plot points going on, all of which ferment into one less than satisfying conclusion, but I’m getting ahead of myself. Let’s extrapolate that minimalist synopsis. 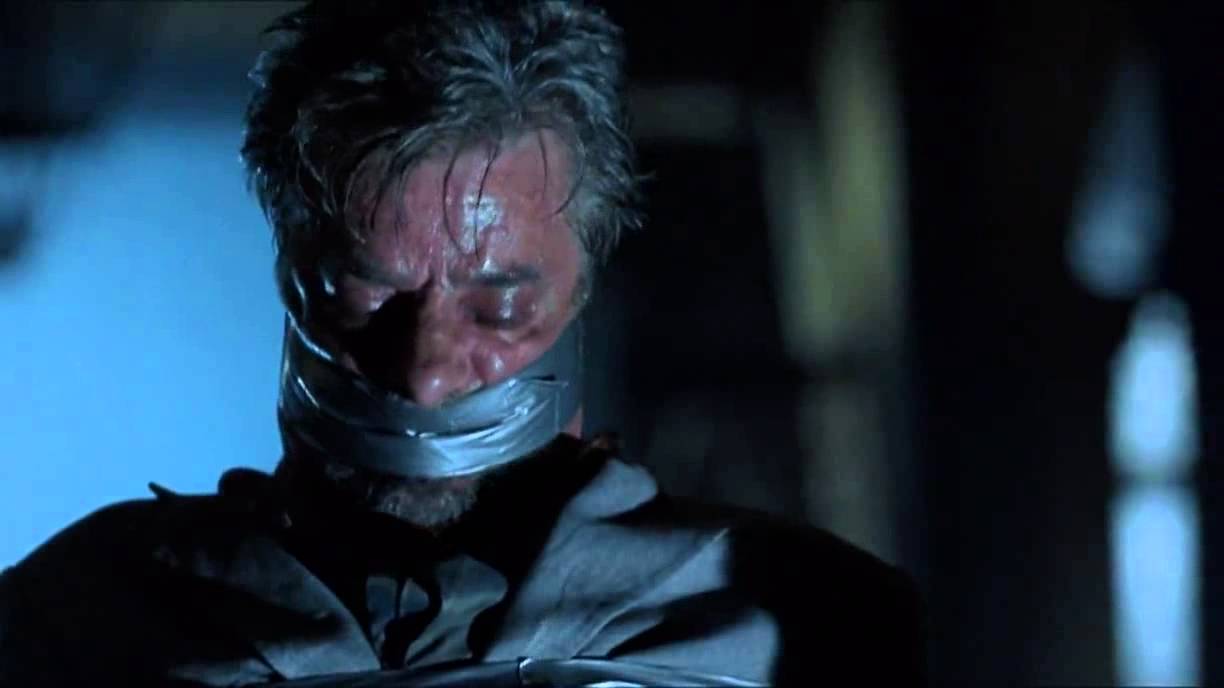 For better or worse, the movie opens ten years following the events that transpired during Silence of the Lambs. FBI Special Agent Clarice Starling is now a seasoned agent of the Bureau. I recall from the book more than the movie that they (as in the bureaucrats that run the administration) pulled her from the Behavioral Science Unit and put her on Major Crimes, or some such. Either way, Starling was no longer hunting serial killers. Instead she was hunting criminals with less sophisticated desires. The seasoness of her character is clearly seen, where in Silence of the Lambs Starling was eager to prove herself, a young Quantico cadet wanting very much to show her superiors that she could be depended upon to solve tough cases. Now in Hannibal, she’s calm and unafraid to show that she is in control. There is one striking difference. In Lambs she didn’t seem too caught up on playing by the rules, so to speak. In one scene, she offers the imprisoned Lecter a fake deal in order to get him to talk. However, in Hannibal, she is very by the books and only “bends” the rules when she’s forced to. I think the reason why we see this break in character between the two movies is because Starling has become disillusioned by the Bureau and the constant back stabbing and polarized political gerrymandering.

In Lambs, the FBI was new and shiny and there was that thing about making her dead father proud of her. But after ten years, things have changed, and her dead father is simply dead…what’s there to prove to a dead man? Point being, when you’re young and excited and passionate about your work, you are more apt to bind the rules in order to succeed. In Hannibal, she’s less willing to roll the dice because success has become less important to her. Julianne Moore took the role after Jodie Foster turned down the part. Some have criticized her as being deadpan and stoic in her performance as the famed seasoned FBI agent. And she certainly was deadpan, but she was deadpan because of her disenchantment from a profession she had dedicated ten years or more of her life to become a part of.

Where is Hannibal in all this? Enjoying life and being quite invisible. Being seen only when he wants to be. After ten years in what he calls a slumber, the time has finally come for him and Starling to meet again. The book captures this and the movie does a decent enough job how every step, every play, and scheme was thought and acted upon in perfect harmony to how Lecter wanted events to play out. There was not a moment he was not in control. Any control others thought they had, such as Mason Verger and his thugs or Paul Krendler or Chief Inspector Rinaldo Pazzi was an illusion. The cat and mouse game between all the players was spectacular. My favorite scenes are those in the beginning while Lecter was auditioning for the job of library curator in Florence. Anthony Hopkins reprises his role as the infamous cannibal showing a more aged but nevertheless aggressive and cunning hunter. He has but one weakness, his obsession with Clarice Starling. 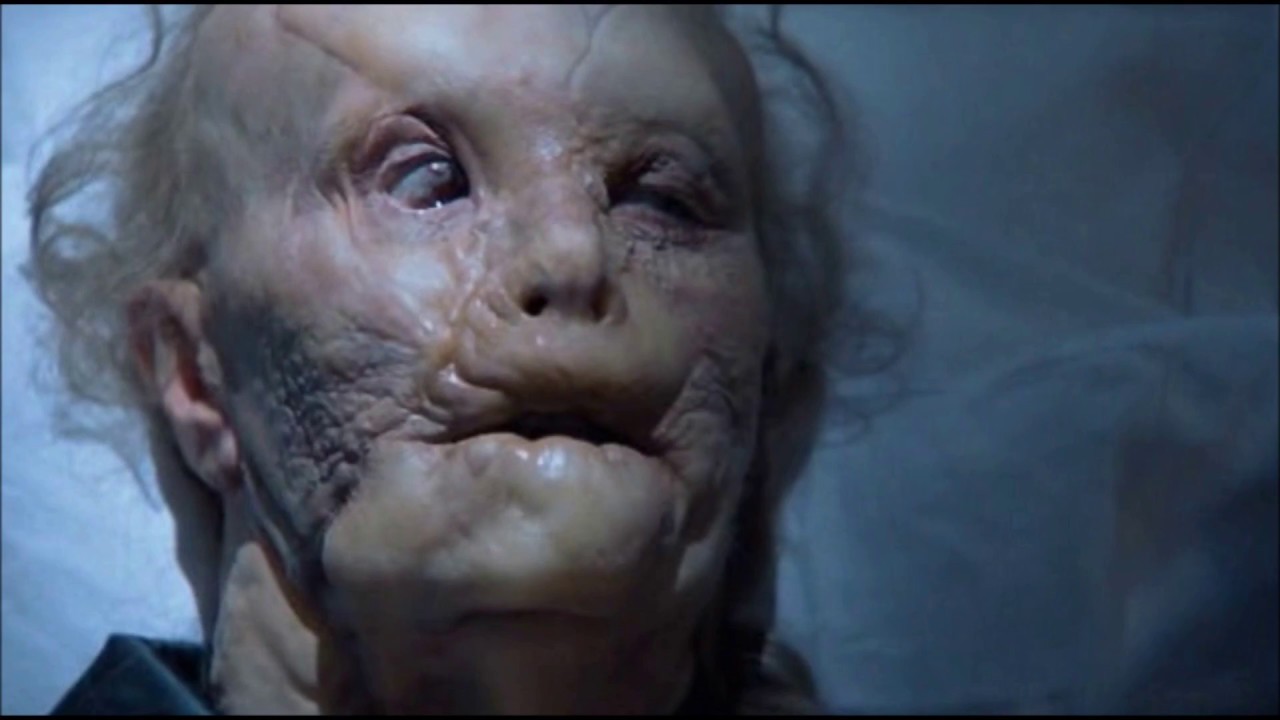 Mason Verger (played fantastically by Gary Oldman) happens upon this weakness from his talks with ex-Baltimore State Hospital for the Criminally Insane orderly Barney who uses relics from his Lecter days to keep himself financially afloat. Mason is an ex-patient of Lecter who, like many of Lecter’s victims, is a horrid sociopath, and in Mason’s case, also a pedophile. Upon visiting Mason one evening (way before being caught), Lecter offers him drugs and then convinces him to peel off the skin of his face, of which Lecter feeds to Verger’s dog. Now ten or fifteen years later, Mason who survived his ordeal has spent his time plotting revenge. Believing that Lecter would not be able to resist coming out of hiding to “help” a distressed Starling, Mason uses his political savvy (as in bribery) to get Starling put on suspension. And the trap works like a charm…or does it?

Lecter does come to Starling’s aid, but he doesn’t appear as someone out of control. In fact, he looks totally in control. Not the behavior one would expect from a so-called “madman.” Mason’s goons nab Lecter and haul him to Verger’s estate, where the crippled horrifyingly scarred Verger reveals his intention to feed Lecter feet first to a herb of pigs he has specifically bred for this purpose. But as everything plays out, it becomes very obvious that Lecter has used this scenario to push Starling towards her final disillusionment with not just the FBI, but herself. Or at least it would have been obvious had the movie followed the ending from the book. Regardless, as for Verger, his plans don’t work out and the pigs (SPOILER) end up eating him instead.

While Mason had been making his plans, Lecter had been making his own. Following the events in Mason’s pigpen, Lecter takes an unconscious Starling to Krendler’s secluded lake house and treats her wounds. When Krendler arrives for a solo Fourth of July getaway, Lecter drugs him. Starling, disoriented by morphine and miraculously dressed in a black evening gown, awakens to find Krendler seated at the table set for an elegant dinner. Weakened by the drugs, she has no choice but to watch as Lecter removes part of Krendler’s skull, takes our his prefrontal cortex, sautés it, and feeds it to him. This is of course a very grim example of poetic justice, as the prefrontal cortex is said to be the seat of good manners and Krendler (played by Ray Liotta btw) certainly had none. Its a shocking enough scene that tops all the other shocking scenes, even the disemboweled hanging greedy Inspector Rinaldo Pazzi. To this day, even though i know its not real, i still get the chills. It would have been the perfect ending…if not for the ending.

I can’t help but to feel disappointed. The movie as a whole I found to be marvelous, perhaps not as good as Silence of the Lambs, but good enough in its own way. What I found to be truly heinous was the very end. In the book, and what the move had been leading up to, was this mental breakdown of Starling. In the book, Lecter uses a batch of psychotropic drugs to kinda of bring this “breakthrough” out in the disillusioned FBI agent. At the dinner table she finally sees Hannibal, not as a monster, but as someone she loves and admires. It’s completely insane but amazing. And instead of shrinking away from the horror, she accepts it and consumes Krendler’s brain. What does the movie do? It totally fudges it up what the entire story had been building up to. In the end, instead of being shocked and amazed as was with the book, you’re left in a sort of stupor wondering what the point was of Hannibal coming to Starling’s “aid.” Regardless, Hannibal is still a good movie and not a total complete waste…just the ending.

Who doesn’t love a good story? From great works such as, All Quiet on the Western Front and Salem’s Lot, Thomas S. Flowers aspires to create his own fantastic worlds with memorable characters and haunted places. His stories range from Shakespearean gore to classic monsters, historic paranormal thrillers, and haunted soldiers. Residing in the swamps of Houston, Texas, with his wife and daughter, Thomas’s debut novel, Reinheit, was eventually published with Shadow Work Publishing, along with The Incredible Zilch Von Whitstein, Lanmò, The Hobbsburg Horror, and FEAST. His veteran focused paranormal thriller series, The Subdue Series (4 books and counting), filled with werewolves, Frankenstein-inspired monsters, cults, alter-dimensional insects, witches, the undead, and the worst monster of all, PTSD, are published with Limitless Publishing. Keep up with Thomas and get yourself a free book by visiting his site www.ThomasSFlowers.com.

This entry was posted on March 20, 2018 by Thomas S Flowers. It was filed under Horror, Movies, Reviews and was tagged with 2001, blog, cannibalism, film, Hannibal, horror movies, movie reviews, Movies, sequel, serial killers, silence of the lambs, slashers.