Since its release back in 2007, REC has since become something of a modern horror classic, and is no doubt destined to be in the pantheon of greats in the many years to come. Like it’s found footage forebear The Blair Witch Project it elevates its limitations to enormous strengths – creating a building and palpable tension throughout that will have you creeping closer, and closer to the edge of your seat as it reaches its horrifying conclusion.

Co-written and directed by Jaume Balagueró and Paco Plaza, REC presents itself as ‘real’ footage recorded when a local TV reporter Angela Vidal (Manuela Velasco) and her cameraman Pablo (Pablo Rosso) cover a fire crew about their day-to-day lives, and join them when they respond to a vague emergency call about an elderly lady in a local apartment building. There’s some great character building within these brief early scenes with Angela and Pablo, you can see and feel their boredom at having to cover another mundane human interest piece while at the station, but when the alarm sounds her face lights up with the excitement and suddenly they’re racing towards what could be their ticket into the big time.

The crew, with Angela and Pablo in tow, arrive at the local building and the call relates to an elderly lady within the complex who has had some sort of accident but as they arrive they find the building surrounded by a police presence and the local residents panicked and confused. As the crew arrive at the elderly lady’s apartment they find her covered in blood and quaking. The crew approach her, eager to help, but she becomes aggressively feral and attacks – biting a crew member in his neck.

The rest of the team grab their colleague and drag him bleeding downstairs to get assistance only to find that the police presence from earlier is now bolstered by a military one, and they’ve sealed the entrance to the building and are in the process of sealing the entire complex, all the while Angela and Pablo keep recording and commentating their experiences and interviewing the residents, and servicemen, that are trapped in the building with them.

From here the tension starts to build and escalate with expert precision, and there’s the added bonus of some sleuthing courtesy of the interviews that brings a murder-mystery vibe the chaos unfolding before us. What exactly caused the old lady to attack and why are others getting infected too? You can expect hints and broad answers to these questions but the film doesn’t labour these too much, it’s added detail to build a convincing world and threat (and boy does it accomplish that!) rather than spell it all out for you like a Dan Brown novel.

Admittedly there’s a turn to the supernatural (or rather a hint of) that may annoy zombie purists (I have been told by cadaver connoisseurs that there are strict rules to what can or cannot be a zombie) but within the context of the film and the narrative it’s choosing to tell it works perfectly.

REC also boasts an inherent realism aided by the fact that it was shot on location in Barcelona, Spain, so the twisting corridors and spacious rooms feel real because they are. No tension is lost by any green screen moments or wobbly set.

For me REC joins the pantheon of zombie greats such as Night of The Living Dead, 28 Days Later and Shaun of The Dead, and brings its own fascinating spin on the zombie concept. Personally I adore REC, you might even say I RECommend it.

[editors note] Like most foreign films, we Americans think we can do better and typically spawn our own take. Or perhaps its about that saying, “imitation is the best form of flattery?” Whatever the case may be, a year following the release of [REC], we released our own version, titled Quarantine, staring famed Dexter’s sister, Jennifer Carpenter and Hostel lead Jay Hernandez. The plot followed very closely with [REC] and only really deviated in terms of excluding any supernatural occurrence or causality, keeping to the realm of pure pathogen run amok. 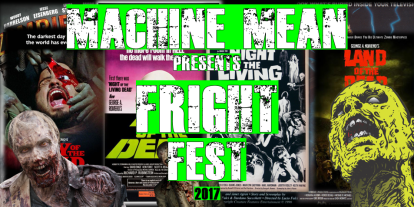 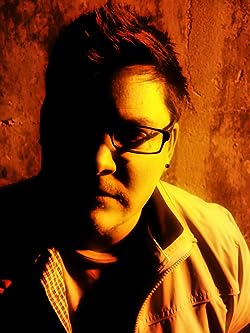 Daniel Marc Chant is an author of strange fiction. His passion for H. P. Lovecraft & the films of John Carpenter inspire him to produce intense, cinematic stories with a sinister edge. Daniel launched his début “Burning House” in 2015, swiftly following with the Lovecraft-inspired “Maldición.” His most recent books “Mr. Robespierre”, “Aimee Bancroft and The Singularity Storm” and “Into Fear” have garnered universal praise. He is also featured in numerous anthology collections and is a founder of UK independent genre publisher The Sinister Horror Company. You can find him amongst the nameless ones on twitter @danielmarcchant, at facebook/danielmarcchant or his official website www.danielmarcchant.com. 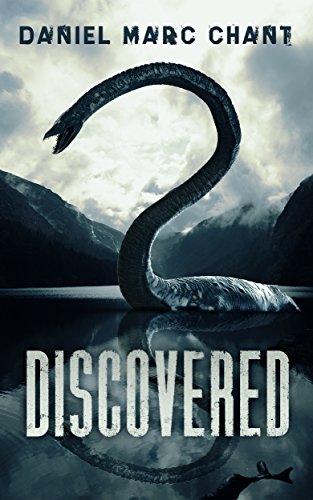