Let me start off by saying that the film cover for “Train to Busan” is so eye-catching that it made me want to watch it, even if it is a zombie movie. I wanted it NOT to be a zombie movie, because frankly, I hate zombie movies. I love trains though, and couple that with a thriller or horror movie, you’ve enticed me right there. I was happy to sign up for another year of this October Fright Fest and review a film, but silly me, I thought it would be something classic. I freaked out after I signed up, when Thomas, the host, said the theme was zombies. CRAP! What kind of zombie movie am I going to be able to watch? The only one I had seen before was “World War Z,” which wasn’t bad, but it may have been the eye candy.

I was momentarily thwarted, but when I saw “Train to Busan” on the list, I decided not to give up, but to let this opportunity take me outside of my comfort zone. And let me tell you, it did just that, but not only because I was watching zombies, but because of the emotional impact this movie carries. I hadn’t read anything about it prior, and due to that, I knew nothing of the content outside of the cover. I have to admit, when I first started watching it late one night in bed by myself, I wondered what I had gotten myself into with the English subtitles (since it was a Korean movie), and from what I first observed, the stilted and over dramatic acting so often found in various Asian movies.

The plot began with the theme of an over worked single father and the relationship with his child (a theme which seems prevalent), but quickly jumps into the action as they board a train on an excursion to see her mother for her birthday, her only wish. My hopeful bolstering that the actual zombies would take a back seat in this much like on “World War Z,” and we’d focus in on the characters, ran right off the rails. The zombies came out full force once unleashed, and while rather bloody, I did in fact find myself staring at these zombies and not being able to look away. Their contorted positions and unique approach to creating scene after scene of what an actual human body might go through while in transition was astounding. These must have been street pop dancers the way they twisted their bodies.

The screaming and shouting and running as this movie steamrolled through the plot was thrilling enough it looked like a video game, but for me, after 100 bloody zombie mouths, I admit I wanted to hit fast forward a little. It was interesting to see how this father and child we are following, who is met in a small circle of a few other men and a pregnant woman, maneuvered their way around the claustrophobic and atmospheric proximity on the train in order to stay alive. The actual zombies were sometimes in the way of getting a better bird’s eye view of them, but also, it was very realistic. The zombies would actually be in your way if there were truly zombies and the directors found every opportune time to quiet the madness only to throw it back in your face quickly.

One thing I identified as being interesting in this movie is that they used not only young people, but had some key aged characters as well, showing all the different generations and family structures in Asia. The bonds that the older generation spawns among themselves and with the younger was evident, but also as you watch it torn apart, very sad also. The general theme of how the government also uses its propaganda to tell the people that they are safe when their cities are being blown up and people are in mass chaos was laughable, but also fairly true in this day and age. The best part was watching how the people came together to save each other or those that sacrificed themselves for others. Once this part of the movie began, the last 45 minutes had me riveted and glued to the TV when before I was almost about to shut it off. I would say this ending was worth watching the whole movie for I was in tears and sick to my stomach by the finale. Unnerved is the best word to describe it. 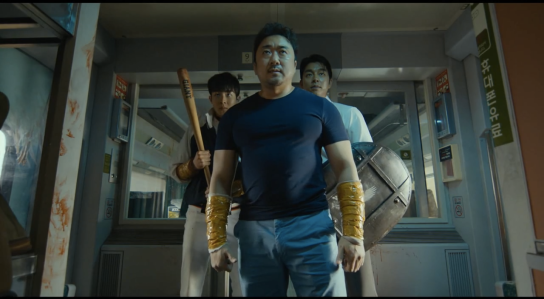 In retrospect, and in discerning for readers of this review if you’ll want to take the time to watch it, I would say it’s very much worth it if you have time to kill and love zombie movies. But even if you don’t, like me, you’ll find this movie unsettling, comparative to culture and human nature of today, and impactful. Watch it for the ending and see if you tear up like I do and carry these characters with you. Because of the ones that survive, I want to know what happens to them now. I’m not forgetting them. It has enough gore, zombie contortion, and maniac chopping for those horror lovers, enough smoke, fire, and train de-railings for action lovers, and all the feels for watchers who want more heart in their story. By the close, I wasn’t even aware they were speaking a different language or that the acting needed work, all I saw was people. Humans. Just like I am, with fears and loathing and a precious need for life—and even more, memories, redemption, and legacy. 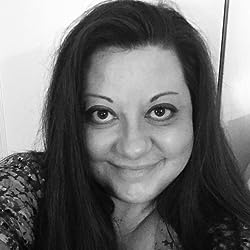 Erin Sweet Al-Mehairi has Bachelor of Arts degrees in English, Journalism, and History. She has over 20 years of experience in the communication fields and is currently a writer, a journalist, a publicist, and an editor among many other things. She writes fiction, essays, stories, and poetry and is an avid reader of many genres. She has edited poetry anthologies, novels, fiction pieces, and other various non-fiction and journalistic pieces. As a journalist, she’s written, interviewed, and edited for various newspapers, magazines, media outlets, and online news sources at both ends of the spectrum in media and public relations.

Erin is a co-host with her Marketing Morsels segment on Project Entertainment Network’s The Mando Method, an award-winning weekly podcast for new and veteran writers. She has interviewed authors and reviewed books for her site, Oh, for the Hook of a Book! for almost 7 years, as well as interviewed actors and directors in indie horror/thriller for various outlets.

You can e-mail her at hookofabook (at) hotmail (dot) com and find her easily at www.hookofabook.wordpress.com. You’ll also find her on Facebook, Twitter, Instagram, and Pinterest by her name, where she loves new friends.

Order your copy of Breathe. Breathe. today on Amazon! 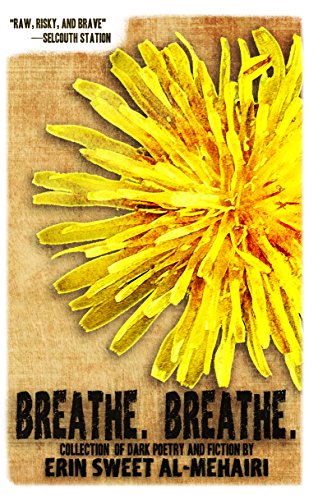 Breathe. Breathe. is a collection of dark poetry and short fiction exploring the surreal depths of humanity. It’s a representation of how life breaks us apart and words put us back together. Purged onto the pages, dark emotions flow, urging readers into murky seas and grim forests, to the fine line between breathing and death.

In Act One, readers are presented with a serial killer in Victorian London, a lighthouse keeper with an eerie legacy, a murderous spouse that seems to have walked right out of a mystery novel, and a treacherous Japanese lady who wants to stay immortal. The heightened fears in the twilight of your minds will seep into the blackest of your nights, where you have to breathe in rhythm to stay alive.

In Act Two, the poetry turns more internal and pierces through the wall of denial and pain, bringing visceral emotions to the surface unleashing traumas such as domestic abuse, violence, and illness.

In the short stories, you’ll meet residents of Valhalla Lane whose lives are on a violent parallel track to collision, a man who is driven mad by the sound of a woodpecker, a teenage girl who wakes up on the beach and can’t find another soul in sight, a woman caught in a time shift pitting her against the Egyptian goddess Anuket, and a little girl whose whole world changes when her favorite dandelion yellow crayon is discontinued.

Amid these pages the haunting themes of oppression, isolation, revenge, and madness unfold through folklore, nightmares, and often times, raw, impulsive passion crafted to sear from the inside out.

With a touching foreword by the Bram Stoker nominated author Brian Kirk (We Are Monsters), Breathe. Breathe. will at times unsettle you, and at times embrace you.

Erin Sweet Al-Mehairi, a veteran writer and editor of the written word, offers up a mixed set of pieces, identifying her as a strong, new voice in dark fiction that will tear the heart from your chest, all the while reminding you to breathe.