Zombies have often been painted as a metaphorical criticism of our own over-consumerism but I think it also functions as a demonstration of our own existential shelf life. That at any given moment, anything can turn on us and bring about a cruel and uncaring demise. The frailty of our own condition is really highlighted in the terrifying opening moments of any great zombie film.

The point I’m coming to is that of all the zombie films I have seen, 2004’s remake of the George Romero classic, Dawn Of The Dead nailed this aspect nearly perfectly, in my opinion.

We open with a great sequence set to music from none other than Johnny Cash. It’s a brilliant montage that sets the mood and atmosphere of the film before fading away to a idyllic but bland, middle American, suburban neighborhood. Where we know things are about to fall to pieces. The opening is packed with subtle moments and head fakes as we move into a hospital, the main character being a nurse. We hear about a mysterious patient who came in with a bite wound, where the doctors can’t explain their sickness. We see a bustling of activity around her although she clearly hasn’t taken note of anything. We see a snippet of a special news bulletin before the TV is turned off.

When the young couple wakes up in the morning, it’s already too late. She emerges from her house after being attacked by the neighbor’s daughter to find her neighborhood and everywhere around has become a war zone. People are turning into monsters and all they seem interested in doing is killing and feeding.

Honestly, I could watch the first ten minutes of this film every day and never get sick of it. For me, it’s a masterclass on how zombie movies should be introduced. It’s intense. It’s terrifying. It’s funny. And it efficiently introduces a cast of characters you will learn to root for and gradually watch drop like flies.

I know that some tend to reflexively turn up their nose at this in favor of the Romero film. For me, all that really matters is that this is an awesome film. I don’t even register the argument of which version is better, mostly because I think they are so different from one another, there’s almost no point in even making a comparison. It would be like asking if tacos are better than pizza. Because, you know, they both have flour.

Let’s be honest. Where else are you going to see a zombie baby born on screen? That alone is almost worth the price of admission. The cast is also great, offering a wide range of sympathetic and less sympathetic characters.

I also found the pacing of the film was superb. They managed to capture the frantic pace of more current  zombie films. These monsters were runners but still, think the spirit of the film feels more in line with the Romero model. There’s a perfect balance of fright, gore, action and humor in this one. As we sit now in the Walking Dead pop-culture phenomenon, I think that zombie genre has gotten a bit saturated. This remake of Dawn Of The Dead was one of the last zombie movies I really enjoyed.

And on an interesting personal note that I remembered while doing this review is that I actually saw this, 28 Days Later and Land Of The Dead at the same theater, which is now closed.

The last thing I would mention is the ending, in particular the fact that the story of the film doesn’t necessarily end as the credits start to roll.

I’m a little embarrassed to admit it but you have to remember that at the time, pre-Marvel cinematic universe, we weren’t yet in this mindset where we almost expect there to be one last scene either during or after the credits. As such, as soon as those names began to crawl up the screen, I did what most other people did at that point.

I left the theater.

If you’ve seen the movie, you know the significance of what I’m talking about, the importance of those last few moments of footage interspersed among the credits. While many movies do this to a fairly superficial and meaningless end, in this case it completely changed the end of the movie. And for me, this had a great side effect. Years later, as I re-watched the film on DVD I finally stuck around to watch those last moments and was mind blown at what I had originally walked out on. While what I had taken to be the ending had been properly bleak, this took things to a whole new level. It took what scintilla of optimism that had been there and crushed it into the ground mercilessly and without regard.

And considering that this was not the normal way of going about things at the time, I thought it was a clever way of defying expectations and reaching out with one last shot for those few who thought they had gotten out safely.

“Remake” has become somewhat of a dirty word in our popular culture anymore. Just say it and immediately you get eye rolls and protests. And I will fully acknowledge that many of them are nothing more than cash grabs. But I found this remake to be really great and entertaining.

[editor’s note] I first saw Dawn of the Dead (2004) during my second tour in Iraq. More than likely some bootleg hajji DVD on a tiny little dust covered TV. My second screening is my fondest memory. At the time I was single and with no kids, so I didn’t see much point in going home for R&R. “Keep me in country, keep me in war,” I said. Apparently there was some rule at the time that soldiers needed some kind of rest and relaxation. So they sent me to this highly secured camp and took my rifle. I didn’t like that, but they had put together this makeshift little theater and were showing Dawn of the Dead (2004). I can’t recall how many times I watched the movie during my brief respite from Iraq, but it was needless-to-say fantastic. 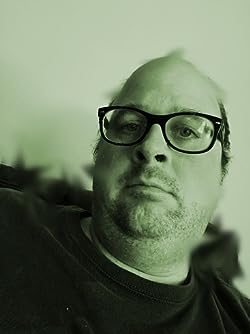 New fiction from Chad A. Clark!

Pickup The Child at the End of Time on Amazon…

This entry was posted on October 24, 2017 by Thomas S Flowers. It was filed under Horror, Movies, Reviews and was tagged with 2004, amwriting, blogging, Chad A. Clark, Dawn of the Dead, featured, fiction, George A. Romero, Horror, horror movies, Movies, remake, Reviews, undead, zombies, zompoc.