An unlabeled crate from an unknown source is delivered to a house in the woods. The homeowner unwisely accepts the delivery, only to discover it contains a TV set that starts spewing giggling zombies all over the place. When a new family moves into the now-abandoned house, the son discovers the haunted television and is soon told what he needs to do to send the zombies back where they belong. Knowing and doing, however, are two very different things, and the zombies are not likely to go quietly.

I was a little worried about how this review would go for two reasons: I’ve never seen The Video Dead (1987) until recently, and I’m not a zombie-lover kind of girl. I watch The Walking Dead, but I’m more afraid of the Negans’ of this world than clumsy, mushy-brained zombies.

This movie came out around the time I was born, so it makes sense that I never saw it. But when the DVD arrived in the mail, I realized that I actually had seen this cover before. I can remember it looming on the shelves at Blockbuster, giving me the creeps as a kid.

Ever since I watched Poltergeist, and later The Ring, I’ve always been creeped out by things that come out of television sets. Especially the boxy, black-and-white screens from the past–they just look creepier, less trustworthy. 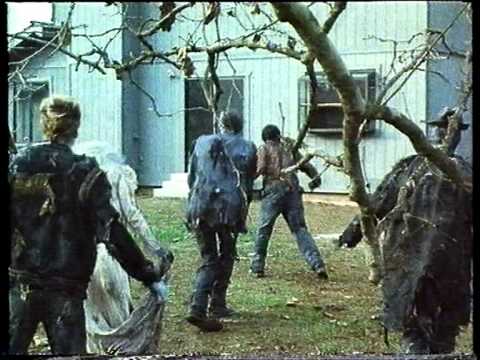 My absolute favorite scene in The Video Dead (1987) is when the zombie pokes his head out of the overturned TV set. I was actually kind of scared!

The animation/graphics/makeup in this movie are laughable, but I enjoyed them. Is this movie supposed to be funny?! I’m not sure, but I caught myself laughing out loud during most of it (maybe I’m just weird).

For 1987, those zombies looked pretty darn good – they were totally gross and scary. The acting is a little bad, I must admit, but some of those lines were golden! I couldn’t stop watching, laughing, and then covering my eyes (out of fear or embarrassment? I’m not sure). But this movie made me feel like I was in the 80s again, and that’s always a good thing (in my book).

The concept behind this movie is the best part of all. It’s completely original – I’ve never seen anything quite like it.

If you haven’t seen it before, this is what it’s about: An unmarked crate turns up at this house in the middle of nowhere. Inside, there’s an old-fashioned TV set that turns out to be a portal of some kind. Killer zombies climb out of it and try to take over the world. The movie is gruesome (I guess), but it’s cheesy and funny at the same time.

I’m definitely glad I watched it and I’d recommend it to all fans of classic horror flicks, especially those from the 80s. And diehard zombie fans will definitely appreciate this one! You can actually buy it as a combo with this other movie–Terror Vision. I’m going to watch that one next!

Carissa Ann Lynch is the USA Today bestselling author of the Flocksdale Files trilogy, Horror High series, Searching for Sullivan, 13, 13: Deja Vu, Grayson’s Ridge, Shattered Time, Things Only the Darkness Knows, Midnight Moss, Twist Me, Twisted, Dark Legends, and This Is Not About Love. She resides in Floyds Knobs, Indiana with her husband, children, and collection of books. Besides her family, her greatest love in life is books. Reading them, writing them, holding them, smelling them…well, you get the idea. She’s always loved to read and never considered herself a “writer” until a few years ago when she couldn’t find a book to read and decided to try writing her own story. With a background in psychology, she’s always been a little obsessed with the darker areas of the mind and social problems. 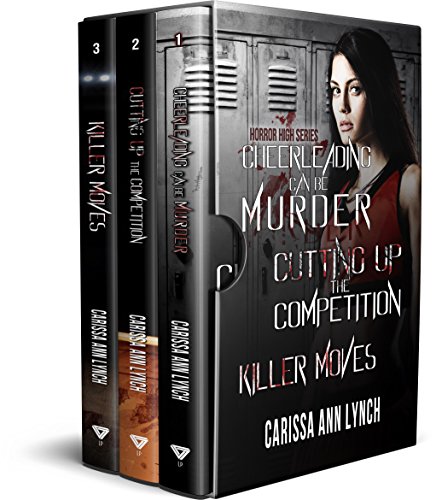 “A fast-paced mystery with plenty of twists, suspense and chills” -Amazon Reviewer.