Arachnophobia is the most utterly terrifying film I have ever seen. I’ve seen, read, and written vomit-inducingly horrific things, but there’s only one thing that scares the absolute shit out of me— spiders. I was nine when this film premiered and, up until now, that’s the last time I watched it. Like the main character of the film, Dr. Ross Jennings, I am an arachnophobe (a person with an abnormal fear of spiders). Also like Dr. Jennings, my phobia was solidified by a traumatic early childhood experience (and many thereafter).

Flashback to the late 1980s: my brother Tommy and I were peering over the basement railings of our grandparent’s newly built house. We spied a black, circular, baseball-sized mass at the landing of the second flight of basement steps. Curious and eager to explore, we rushed down to the first landing to get a closer look. It appeared to be a giant rubber Halloween prop spider. Figuring our grandpa was playing a prank on us and eager to use the prop for our own nefarious devices, we rushed forward to grab it.

Arachnophobia was born. That giant beast is still the stuff of legends in our family. Just today, I mentioned it to my brother and sweat broke out on his brow, nervously laughing it off in front of his young son, who peered cautiously over the basement rails. We never did figure out what species of hellish nope we almost touched that day. Since then, it’s as if I’m on an arachnid hit-list. A spiky cousin landed on my pillow in my cabin at Girl Scout Camp. I’ve had them drop on me in the shower, crawl out of my shoes (both also scenes in Arachnophobia), nest in my dish-gloves, and creep out of more than a few loads of laundry I was folding. It’s as if they know.

Hyper-aware, evolved arachnids are what make Arachnophobia such an effective horror movie. I’m scared enough of shy, socially inept spiders that just run away from me, but soldier-spiders who have a war General and attack-plan are nightmare-fuel! I have some spider-enthusiast friends who insist that direct contact with spiders is the best way to overcome arachnophobia. Nope. Watching this film is the best I can do.

Directed by Frank Marshall, written by Don Jakoby and Al Williams, with Steven Spielberg as an executive producer, and a stellar cast that includes: Jeff Daniels, Harley Jane Kozak, John Goodman, Julian Sands, Stuart Pankin, and Brian McNamara, the film blends horror and lighthearted comedy with action-adventure. The basic plot of Arachnophobia is as follows: Dr. Atherton (Julian Sands) is an acerbic, slightly prissy, spider-specialist professor/scientist/explorer of sorts, who’s tasked with taking photographer Jerry Manley (Mark Taylor) on his spider-hunting expedition in rain forests of Venezuela. Dr. Atherton likes science and Manley likes football (odd that a nature photographer wouldn’t care about nature, but I’ll suspend my disbelief), and a barely amusing personality clash ensues. The pair, along with a team and a native guide, takes a breath-taking helicopter ride (accompanied by Zamfir-inspired pan-flute music of magic and wonder) over the jungle to place the natives call “man-eating mountain.”

Not surprisingly, their native guide is all “aw, HELL naw,” and leaves them to their fate. Without spoiling too much, the doctor discovers a new spider species, said spider kills a dude, stows away in dude’s coffin (via convenient spider-hole), and hitches a ride back to his U.S. hometown of Canaima. Once there, our jungle-spider escapes, and lands in the new city-boy-tryin-to-be-country doctor’s yard and hooks up with a common spider in the love-shack barn. Jungle spider + common spider = crazy soldier spiders, and, plus, other spider science (queen, nest, reproductive babies, etc., etc.)

Spiders get all crazy and kill folks. New doc, Dr. Jennings (Jeff Daniels) gets blamed. Country folk are skeptical of city-folk. Dr. Jenning’s two kids and his stock-broker-turned-art-photographer wife (insert eye roll) struggle to support him in this unwelcoming new environment. Dr. Atherton (Julian Sands), his assistant, and exterminator Delbert McClintock (John Goodman) are brought in to regulate the situation. Goodman’s portrayal of McClintock, the pest-control Terminator who comes in with spray-guns blazing, yelling “Rock n’ roll,” and whose pseudo-intelligencia deadpan proclamations, such as, “A web would indicate an arachnoid presence,” provides much-need comic relief.

As for the real stars, the spiders, things get a bit cheesy with the oversized, obviously fake spiders used in the latter portion of the film. For the most part, however, spider scenes were artistically shot and strategically make the most of an anticipation of a “jump-scare” without resorting to them in every scene. It is the anticipation of the spiders that make them so dreadful: shadows behind curtains and lampshades, reflections in metallic surfaces, a horrendous shape moving up your blanket, a peek of legs under your bed or scuttling into your slippers.

Though Arachnophobia is basically a straightforward man vs. creature movie, there is a particular scene that suggests something supernatural. Dr. Jenning’s daughter and her friend are having a sleepover and singing “Itsy-Bitsy Spider” in a creepy way (as one does at a sleepover) and we see the shadow of a soldier-spider dropping down during the “down came the rain” part of the song. The camera focuses on a doll’s closed eyes, but as the spider drops closer, the doll’s eyes suddenly open, and the camera gives us a doll’s view of horror as the spider descends on her doll (visual metaphor of being paralyzed-by-fear) body. Dr. Jenning’s own arachnophobia stems from an incident when he was a toddler, and a spider crawled into his crib and up his body, immobilizing him with terror.

The film ends with a satisfying, flame-blazing glory, as the doctor confronts his fears, and he and his family make peace with their lives. Effectively tackling the time-worn themes of man vs. beast, city vs. country, and science vs. nature, Arachnophobia is an entertaining film that manages to be both funny and frightening. I just won’t be watching it again.

Lydian Faust is a writer of horror, poetry, dark fantasy, and speculative fiction. She is also a painter who likes to lay it on thick. Ms. Faust lives in one of the murder capitals of the United States of America. Her hobbies include nachos and alien conspiracy theories. You can find her at www.lydianfaust.com, on Facebook at www.facebook.com/lydianfaust, and on Twitter @LydianFaust.

Check out her short story Wolfencorn and more in Dark Designs: Tales of Mad Science. Available on eBook and paperback. 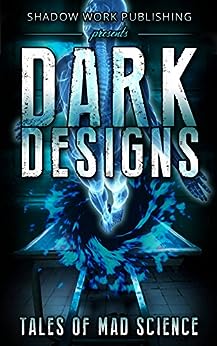