Among the horror community, there are certain names that can go unnoticed. New directors and cult indies that simply do not get enough limelight. And there are others in which one ought to know regularly. If there was a quiz, you should know the names of Wes Craven, David Cronenberg, George A. Romero, Alfred Hitchcock, James Whale, Guillermo del Toro, Sam Raimi, and Tobe Hooper as the most easily recognizable of horror directors. Wes Craven gave us (among so much more) Freddy Krueger. Cronenberg gave us Videodrome (among his other visceral work). Romero created an entirely new monster subgenre, zombies. Hitchcock paved the way for most of everyone on this list, starting, I think, with Shadow of a Doubt (1943), but most people probably know him best for Psycho. James Whale, another original pavemaker, gave us Frankenstein. del Toro brought horror into the depths of imagination. Sam Raimi locked us away in the cabin in The Evil Dead. And Tobe Hooper chased us into the sunset with a chainsaw. All these names of known for certain achievements. And in all transparency, even while you’re reading this article, there are probably differing movies you remember or associate with each director best. One director, obviously unnamed in my little list here, if we dug deeper in the cesspool of horror fandom, we’d probably wallow in some pretty nasty disagreement on which of his movies he is best known for. Personally, as a fan of his work, our still yet unnamed director (can you guess?), I’d be amiss not to do a “favorites list” on this the day of his birth. To keep things not too lengthy, this will be limited to my top five favorites (which will NOT be easy) ending on THE movie I think he is best known by. So, hold on to your butts, from least to best, the following are my five favorite movies by none other than John Carpenter.

If we’re talking personal favorites, The Fog would certainly go to the top of the pile. But if we’re talking which of Carpenter’s movies he is best known for, well…I have my doubts, even within the horror community, of those who associate Carpenter with The Fog. For starters, The Fog isn’t as over-the-top as some of his later projects. It is simple. Banal. And contained. Yet, in that simplicity, there is a wonderfully fantastic film built on classic gothic themes. A weather-beaten old fisherman tells an ancient tale of betrayal and death to fascinated children as they huddle together by their campfire. An eerie fog envelops Antonio Bay, and from the mist emerge dripping demonic phantoms of a century old shipwreck…seeking revenge. 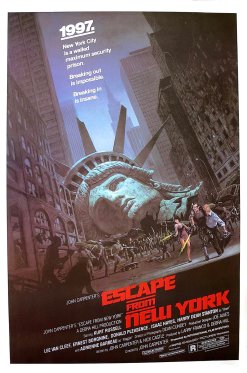 Now we’re getting into the nitty-gritty. However, much like The Fog, I’m unconvinced how well known Escape from New York is a John Carpenter flick. I think most would be able to tell you Kurt Russell is in it, but other than that…? Regardless, Escape From New York is definitely on my top five list for Carpenter pictures. Here, Carpenter introduces us to some rather complex characters without having to spend too much time on them. Instead, Carpenter focuses on the action as he bravely takes us into the future,  a not so far fetched future where crime is out of control and New York City is converted into a maximum security prison. When the President’s plane crashes in old Gotham, the powers that be recruit tough as nails Snake Plissken, a one-eyed former war hero now turned outlaw, into bringing the President, and his cargo (nuke codes), out of this land of confusion. 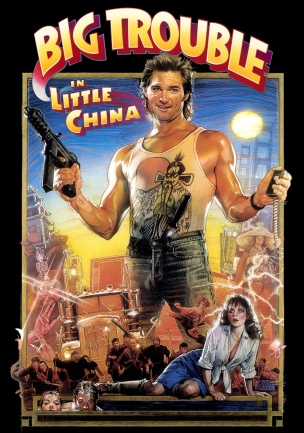 Without a doubt, not only do moviegoers in the horror community know and can easily associate Big Trouble in Little China with John Carpenter, but so can those who do not frequent horror movies, and that’s mostly because Big Trouble in Little China is not technically a horror movie. I think it could be labeled mostly as sci-fi fantasy and comedy action. And as ole Jack Burton says, this flick is one of the most quotable of all of Carpenter’s work. The film is an unexpected classic following a tough-talking, wisecracking truck driver named Jack Burton whose life on the road takes a sudden supernatural tailspin when his friend’s fiancee is kidnapped. Speeding to the rescue, Jack finds himself deep beneath San Francisco’s Chinatown, in a murky, creature-filled world ruled by Lo Pan, a 2000-year-old magician who mercilessly presides over an empire of spirits. Dodging demons and facing baffling terrors, Jack battles his way through Lo Pan’s dark domain in a full-throttle, action-riddled ride to rescue the girl.

His one movie that sparked a franchise, I’d be really shocked to discover anyone who didn’t know this flick was one of John Carpenter’s. And I swear to all that is holy, if I ever asked someone, “Hey, have you seen Halloween?” And they told me, “Oh, you mean that Rob Zombie movie?” I’d slap them silly. Halloween is a classic to be sure. The score alone is probably more recognizable than the directorial name. And a movie that typically makes it onto everyone’s Halloween holiday movie lineups, a movie that started on a cold Halloween night in 1963 when six year old Michael Myers brutally murdered his 17-year-old sister, Judith. He was sentenced and locked away for 15 years. But on October 30, 1978, during the night before being transferred for a court hearing, a now 21-year-old Michael Myers steals a car and escapes Smith’s Grove. He returns home to his quiet hometown of Haddonfield, Illinois, where he searches for his sister.

Was there really any surprise The Thing is my number one pick here? Yes, there could be some debate on whether The Thing is an easily associated film of Carpenter’s. And there are two sides to this coin. While I do admit, I have some serious doubts people outside of horror fandom would even recognize the movie title let alone the director, but within the horror fandom world, The Thing has become an inescapable cult classic of behemoth proportions. I do not think I’ve seen another movie that has gardened such a fanbase as The Thing. And for good reason, too. The Thing, besides The Fog, has one of the most simple sets imaginable, the kicker really being how isolated the characters are and how audiences can feel that itch of madness, being cooped up too long, stir crazy, etc. etc. The paranoia drips from the screen. And much like Escape from New York, we’re given rich complex characters without the need of some unnecessary backstory for any of them, even Kurt Russel’s characters MacReady is really only known by his actions. Nearly 35 years later, the practical effects in this movie are still considered high quality. If that doesn’t say something, I don’t know what will. The story is grounded and easy to follow. After the destruction of a Norwegian chopper that buzzes their base, the members of the US team fly to the Norwegian base hoping to find survivors, only to discover them all dead or missing. What they do find among the carnage are the remains of a strange creature burned and haphazardly buried in the ice. The Americans take their find back to their base and deduce that it is not human, not entirely, but an alien life form. Soon, it becomes apparent that the alien lifeform is not dead, and to make matters worse, it can take over and assimilate other life forms, including humans, spreading much like a virus does. Anyone at the base could be inhabited by the Thing, tensions soon escalate.

I’d be amiss not to include at least one honorable mention. Originally, I really wanted to include Carpenter’s They Live, starring late great Roddy Piper, on this list of top films. Call me lazy, but I didn’t want to spend all morning writing about which of Carpenter’s movies are the best or most recognizable as being his, I’d be here all day if I did that. I gave myself a five movie limit and stuck with it. That said, I think They Live, at least within the horror community, is a really recognizable Carpenter flick, and probably one of his most (sadly) relevant films to date. The action is def. cheesy, and the concept is bizarre, but the message is a real punch to the gut, one that I’m sure many a film student as spent dissecting and discussing.

Did you like what you read here? Consider joining our mailing list and stay up to date on new releases, hot deals, and new articles here on the blog. The above list are my picks for Carpenter flicks, but I want to know what are some of yours? Comment below with your number one or give pick of John Carpenter’s most recognizable movie. Thanks for reading, and as always, do not forget to live, laugh, and scream!

Thomas S. Flowers is the published author of several character driven stories of dark fiction. He resides in Houston, Texas, with his wife and daughter. He is published with The Sinister Horror Company’s horror anthology The Black Room Manuscripts. His debut novel, Reinheit, is published with Shadow Work Publishing, along with The Incredible Zilch Von Whitstein and Apocalypse Meow. His military/paranormal thriller series, The Subdue Series, both Dwelling and Emerging and Conceiving (coming soon), are published with Limitless Publishing, LLC. In 2008, he was honorably discharged from the U.S. Army where he served for seven years, with three tours serving in Operation Iraqi Freedom. In 2014, Thomas graduated from University of Houston Clear Lake with a BA in History. He blogs at machinemean[dot]org, where he does author interviews and reviews on a wide range of strange yet oddly related topics. You can keep up with Thomas and all his strange books by joining his author newsletter, at http://goo.gl/2CozdE. 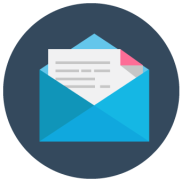