Jeff Leiberman’s killer worm movie from the Seventies, Squirm, is more than your basic eco-horror film. It’s a taut Southern gothic tale, filled with sexual tension and bizarre symbolism, making it more than worth your time to watch. Squirm isn’t really a “nature gone mad” flick. It’s more like a “nature extremely irritated” movie. When a tremendous storm hits the isolated rural town of Fly Creek, GA, downed power lines send bazillions of volts of electricity into the ground. This shocking turn of events takes its toll on the underground population of bloodworms, a grosser-than-normal kind of tubular critter that has the ability to bite. Nobody is safe from the killer nightcrawlers, but the biting bait functions more as a symbol than a mindless mass of slimy flesh-eaters. Yeah, it’s disgusting, and there are a couple of scenes in this movie that will give you bad dreams. It’s legitimately scary, but underneath the millions of worms lies a story of repressed passions and unfulfilled promise.

Our heroine, Geri (Patricia Pearcy), has invited her friend Mick (Don Scardino) down from New York City to stay the weekend. Geri lives with her sister and her widowed mother. Since the power is off, the whole place is hotter and moister than usual. The entrance of Mick into this situation sets strange events in motion.

Mama hasn’t had a man since Big Daddy died and having Mick roam around the house shirtless activates her nethers in a way she hasn’t known for decades. The same things are happening to young Geri, who follows Mick around like that old cartoon character with red pigtails and a gingham dress, eyes bulging out and steam flying out of her ears, screaming “A MAY-UNNN!” 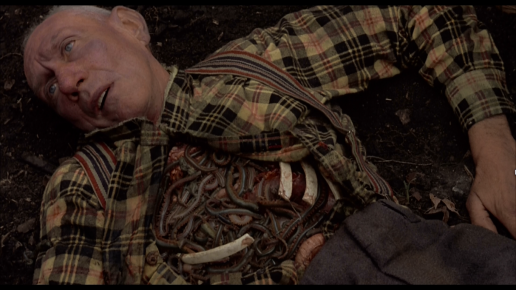 Mick’s arrival also sets off the competitive nature in local man Roger (R. A. Dow), the simpleton son of a worm farmer who has his eye on Geri. To be fair, Geri does use her feminine wiles to get Roger to do things for her. Let me borrow your truck, Roger. Bait my fishing hook, Roger. He’s just a poor puppy dog, hoping to get his belly scratched. This does not happen.

There’s so much pining in this movie, it may as well have been filmed in the fjords.

And where do the worms come in? Besides being naturally phallic-shaped, embodying all the slippery sexual tension in the family, they also represent what’s been called the New South. This is a South that has gotten past the Civil War, embraced the Industrial Revolution and tries to fit in with the rest of the country without a chip on its shoulder. Mama represents the Old South, especially as far as etiquette goes. She hates Mick for disrupting her small matriarchy with the threat of Penis, his sexuality being another form of Northern aggression, and yet she can’t help but stare at him longingly. Her eyes travel him up and down in a delightful reverse of the male gaze. She can’t admit it, but Mama is ready to fraternize with the enemy. 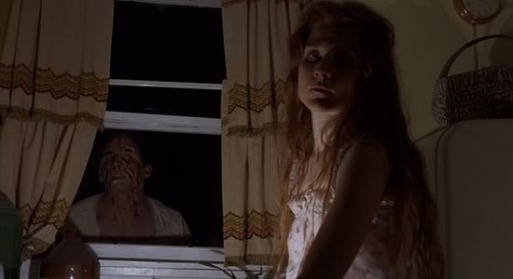 The worms, as the New South, attack from all sides. They rise up from the ground, like the ghosts of Confederate soldiers. They devour the citizens. They invade the homes. Eventually, they destroy Mama’s house with her in it. She has no choice but to succumb. It’s no coincidence that much like Atlanta after Sherman’s March, they’re going to have to rebuild.

The person who fights hardest against the invading worms is poor dumb Roger, who works on a worm farm! He’s been raising these things, and they turn against him in the most horrific of ways, like ungrateful children. Imagine being a die-hard Yellow Dog Democrat all your life, then finding out your kids voted for the godforsaken, quasi-Communist Green Party. Betrayal! Obi-Wan and Anakin level betrayal! 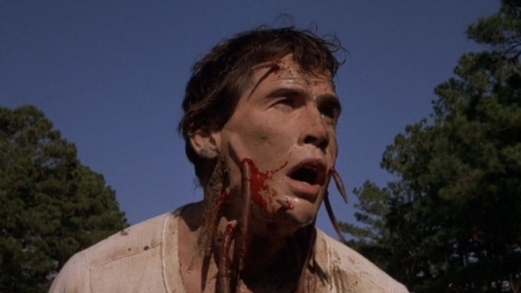 They used to call stories like this “pot-boilers,” simmering with sex and heat and passions that must not be spoken aloud. This one also happens to have killer bloodworms that scream like sodomized baboons. Believe me, if you want the gross-out factor, it’s here. Just the shot of worms oozing their way out of a showerhead is enough to give me the heebie-jeebies from hell to breakfast.

But Squirm is a great example of horror being the genre where you can explore anything. You can’t explore the lingering effects of the aftermath of the Civil War and misplaced, toxic sexual desire and repression in a romantic comedy. How would the audience react to Christina Applegate getting the meat stripped off her bones by thousands of insane electrified bloodworms after her first awkward date with Paul Rudd?

Squirm is a B-movie treasure, loaded with winning performances and subtext out the O-ring. Not only is it a tremendous movie, it’s a great film deserving of greater appreciation. 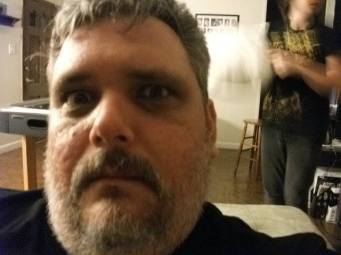 Jeffery X. Martin is no stranger to Machine Mean. After reviewing for us The Wolf Man (1941) and The Invisible Man’s Revenge (1944) and Revenge of the Creature (1955), Mr. X has brought us to a new level of terror with Squirm. When he isn’t being pestered by me to write movie reviews, he also writes books and is an avid podcaster. Mr. X has published several stories that are sure to shock, including those in the Elder’s Keep universe and Tarotsphere. He also has a fantastic tale in The Black Room Manuscripts Vol 1. His latest novel, Hunting Witches, is now available on Amazon’s blood-soaked altar. You can find his work on Amazon. When Mr. X is not writing creep mind-benders, he’s the host and/or contributor to several podcasts and blogs, including, but not limited to, Pop Shiftier and Kiss the Goat. You can read his previous review on Wolf Man here.