The trailer for Clean, Shaven is brilliant – clocking in at a little over a minute, only a fleeting few seconds are devoted to footage from the film (choosing an extremely powerful moment near the end). It’s built up to with a string of critical accolades (red font against a black background), while an unsettling score drones. It bears noting that the critics’ blurbs state nothing about the plot. In an era where movies are regularly spoiled by their trailers – this summer’s Don’t Breathe being a recent example – the curiosity sparked by Clean, Shaven’s is not only a testament to its craftiness but the ambiguous mystery lurking at the film’s core. It alludes to a cinematic experience that will force the viewer to consider things from a different perspective.

But to discuss the mystery would lead into spoiler territory. (I realize I sort of shot myself in the foot with this one.)

When Thomas put out the call for reviews for his October Fright Fest, a couple titles crossed my mind, but Clean, Shaven sprung to the forefront. It’s a film that uses subjectivity not only as a character perspective, but as one of its core themes, as it chronicles an institutionalized schizophrenic’s release into the outside world, and the search for his estranged daughter juxtaposed against a detective’s pursuit of a child killer.

It’s also a film that – despite its glowing critical appraisal and inclusion in the Criterion Collection – I feel many are unaware of.

Writer-director Lodge Kerrigan approaches the story as subjectivity shaping structure, instead of relying on a three-act thriller formula. Clean, Shaven doesn’t engender “excitement” in the traditional escapist sense – the intersections of characters and events are almost dream-like in their logic (or lack thereof), and the film creates a mood that feels paradoxically detached from reality, while simultaneously feeling “real” in a manner that many films do not.

Peter Winter (Peter Greene – Training Day) is first seen huddled in the corner of a concrete cell with a high ceiling, arms pressed against his head as the invasive, overwhelming crackle of power lines sizzle and pop nearby; when he is released from the institution (with no narrative explanation given), he is plagued by overtly hostile voices on the radio; the glares of passerby; and the persecuting eyes of reflective surfaces (which he covers in newspaper). He scrubs himself clean with steel wool, and the act of everyday grooming – shaving and cutting hair – is rendered unsettling due to the severity of Winter’s condition.

And perhaps that’s where the fear and horror of Clean, Shaven comes into play. 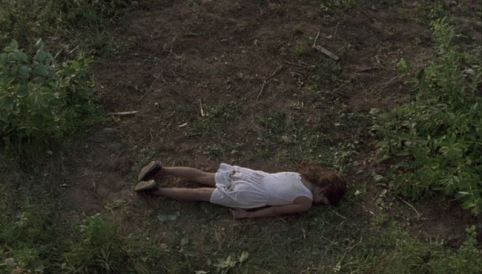 In hewing as closely as possible to Peter’s perception, the machinations of the plot are left to speculation, and part of the dread comes from not knowing the outcome. This creates an atmosphere of uncertainty that stems from a very true-to-life place. That we have no choice but to engage with the character is an invitation to discomfort, but also revealing of glimmers of truth that most filmmakers try to obfuscate with sentimentality or uplifting music. Hollywood often focuses on the rehabilitation or martyrdom aspect of iconic figures with mental illness, and the fact that Peter is an Everyman following his own internal compass makes him deliberately difficult to connect with.

Locations that could be considered bland – a library; a cheap motel room; a blue-collar bar – are transformed into places of potential danger; seemingly innocuous pictures in books become the stuff of nightmares; and a child’s swingset draws up queasy connotations to backyard abductions (which also ties into a recurring motif of missing children on milk cartons). The editing is sometimes abrupt, but – as with everything else in Clean, Shaven – serves a function that is synchronous to Peter’s state of being. For example, a seemingly out-of-nowhere sequence has him speeding down a dirt road, police sirens trailing behind; a face full of dread as he looks out the rear windshield, all the viewer sees is a thick cloud of dust. Is the police siren a mere invention of his troubled mind, amplifying feelings of unarticulated guilt?

In a Noir context, an antihero’s first-person perspective can possess traits of both heroism and villainy, depending on the circumstances. With the introduction of detective Jack McNally (Robert Albert), Kerrigan creates a puzzling wrinkle in the plot; while determined, confident, and skilled in his work, McNally is also not beneath sleeping with the adoptive mother to Peter’s daughter, Nicole (Jennifer MacDonald). The question of whether this is malicious, sleazy, or containing ulterior motives is left as ambivalent as everything else in Clean, Shaven – as viewers, we are unable to “judge” based on the backgrounds and perspectives of the characters. That the individuals populating this world are so impenetrable speaks to the skill of Kerrigan’s script and direction.

Greene deserves high praise for his immersive performance. An underrated character actor best known for playing heavies in a string of well-loved ‘90s films (Pulp Fiction; The Usual Suspects; The Mask), it’s a testament to his ability that he is able to imbue Peter with such a sense of authenticity. For those who only know him as the shady, scene-stealing criminal, his acting here mines for depth in a brilliantly intuitive way.

Clean, Shaven approaches a level of intensity that makes for an appropriately unsettling, sometimes horrifying experience. It doesn’t keep the viewer at arm’s-length; nor does it use a John Williams orchestral score to “lead” the viewer into a particular way of feeling. Kerrigan doesn’t politely invite us to visit the mind of a schizophrenic; he aggressively foists it upon us from the very start, in as much as film can capture such an internalized state of being. 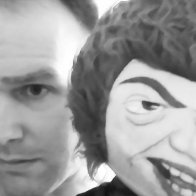 No stranger to Machine Mean, Jon Weidler (aka Jonny Numb) works for the Commonwealth of Pennsylvania by day and co-hosts THE LAST KNOCK horror podcast by night. His reviews can also be found at Crash Palace Productions (crashpalaceproductions.com) and Loud Green Bird (loudgreenbird.com). Seek him on social media @JonnyNumb (Twitter & Letterboxd), if you dare. You can check out his previous review on Abbott and Costello Meet The Mummy (1955) here.